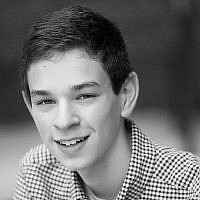 The Blogs
Samuel Rosner
Apply for a Blog
Please note that the posts on The Blogs are contributed by third parties. The opinions, facts and any media content in them are presented solely by the authors, and neither The Times of Israel nor its partners assume any responsibility for them. Please contact us in case of abuse. In case of abuse,
Report this post.

“How to be an advocate. That’s the big takeaway for me,” Bradley Banner succinctly declared when asked how he would summarize his experience this past school year.

Bradley Banner, a rising senior at The Galloway School, was one of eighteen students who participated in the inaugural cohort of the Project Understanding Initiative for Teens. Launched by the American Jewish Committee’s Atlanta Black/Jewish Coalition, the new initiative seeks to cultivate a new generation of Black and/or Jewish advocates through interracial and interfaith dialogue.

An avid basketball player, Bradley first learned of the initiative from his synagogue. Seeking to better understand the experiences of his predominantly Black teammates, Bradley jumped at the opportunity to discover how he might use a Jewish lens to examine current events.

“I just really wanted to learn more and figure out what I can do to help,” he said.

After applying and being accepted, Bradley was surprised by initiative’s approach of “conversation learning” rather than traditional lectures. He praised the use of small group discussions, which he felt best illustrated “all these different perspectives.”

Skylar Parris, a rising senior at The Westminster School, similarly enjoyed the conversations that the initiative created. “We were all able to share how we felt without feeling uncomfortable,” she said.

Skylar, who is Black, decided to apply for the initiative after a Jewish friend gratefully responded to an Instagram post that she shared about antisemitism.

“It’s a super small gesture . . . and that made me think about how I don’t see people talk about [Jewish issues] a lot,” she said.

Through her conversations with other participants, Skylar was interested to learn about the long history of collaboration between the Black and Jewish communities in the fight for social justice. In doing so, she learned about the multiplicity of experiences that each of these communities hold. Her favorite activity was when the participants completed an online survey to compare how they express their various identities. The students were surprised to learn that participants with similar identities answered some questions in vastly different ways.

For Skylar, this activity illustrated how neither the Black nor Jewish communities should be seen as a monolith. “It got me thinking . . . about all of the different experiences, even within our communities,” she said.

Both Bradley and Skylar are excited to share what they learned through the initiative with their respective communities. Bradley believes he is better equipped to foster dialogue about his Jewish identity with his friends and teammates. Skylar, on the other hand, anticipates that she will more deliberately engage members of all communities in her activism.

“Learning about other people, their experiences, and their issues . . . doing what I can to better my community with people who are different,” Skylar concluded. 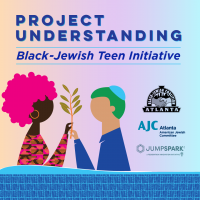 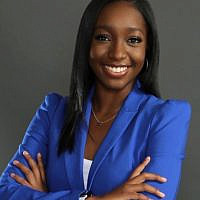 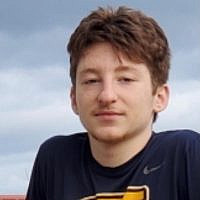 About the Author
Samuel Rosner is a Goldman Fellow at the American Jewish Committee (AJC) regional office in Atlanta. An alumnus of The Galloway School, he now studies history at Northwestern University. On campus, he serves as the Director of Development for the Jewish Theatre Ensemble and as a Leopold Fellow for the Chabraja Center for Historical Studies.
Related Topics
Related Posts
Comments
Advertisement