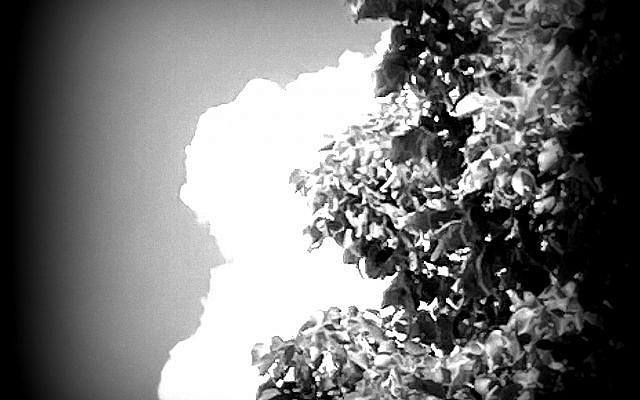 They both were at an advanced age. They both lived long, great lives. Lives filled with a lot of suffering which they accepted as a normal price for dignity.

They left us on the same day, on August 6th, 2021, Friday. Sergey Kovalev who was 91, died in Moscow in his sleep, the most merciful form of passing. Arina Ginsburg, who was 83, died in Paris.

Both were close friends, and it is difficult to breath over such double-loss, or think about anything else.

Both Arina and Sergey were very special people, not due to their dizzying and unique biographies, but as I can see it, those incredible lives of the both have become possible because of their both silver sterling hearts.

Both were introverts and thoughtful. Both were vastly knowledgeable – and organically modest at the same time, never bragging about anything. The very best of Russian intelligentsia.

This very best is defined not by the breadth or even depth of people’s knowledge, but by a golden etalon of human life: decency.

Knowing both Sergey and Arina for many decades, seeing them in various, often very daring circumstances, not for once I saw anything but unshaken decency by both of those great people. 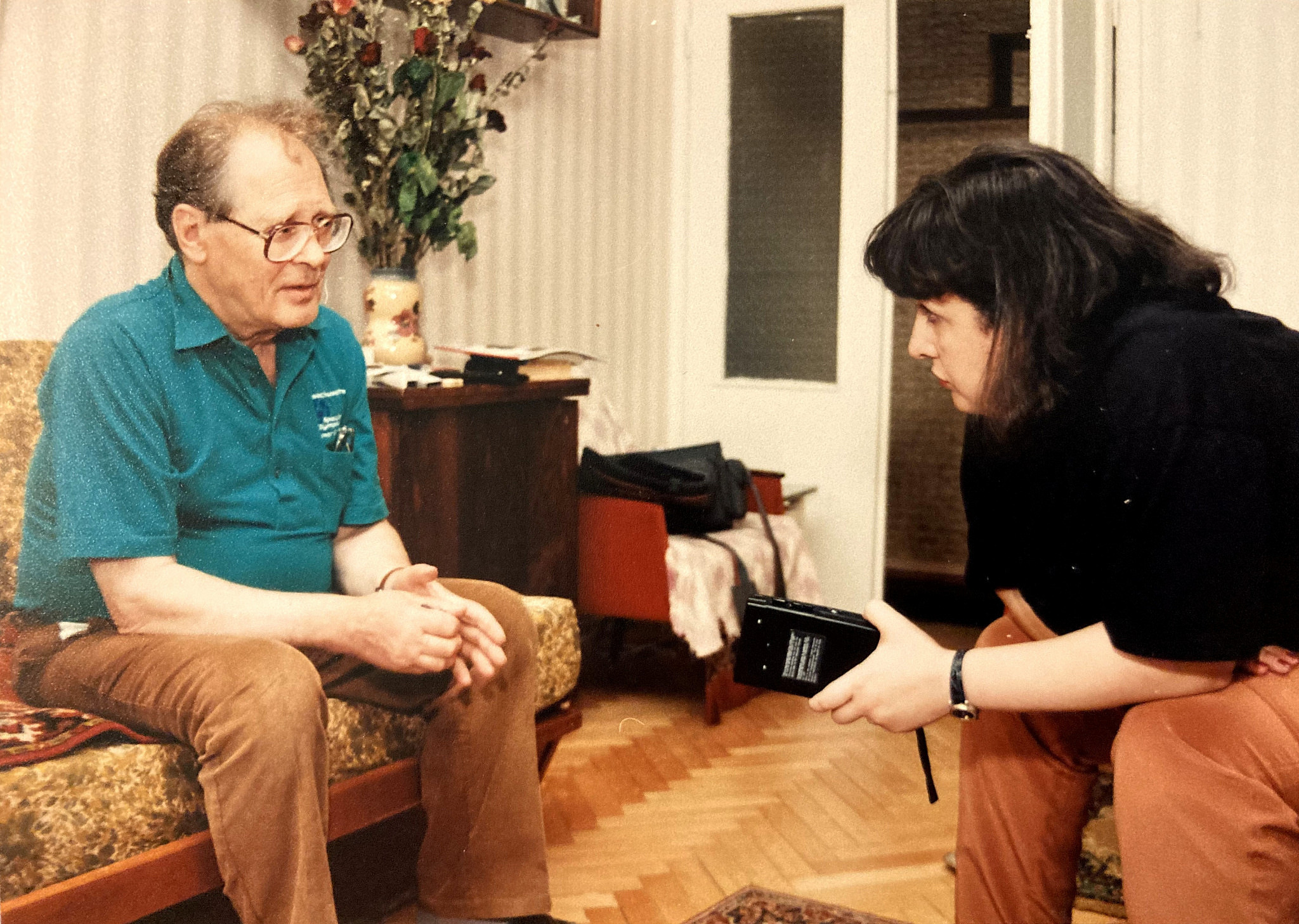 Sergey Kovalev speaking to Inna Rogatchi in his apartment in Moscow, summer 1995. (C) The Rogatchi Archive.

Both Sergey Kovalev and Arina Ginzburg were famous Soviet dissidents. Both have exemplified ‘the conscience of the nation’ term, in their both quite down-to-earth, unpretentious way of life which was a shining sample of what friendship, loyalty, dignity is about.

Both were scientists, Sergey biophysicist, Arina philologist. Both were not ordinary scientists, but very promising ones. Both were deprived the possibility to work in their field due to their human rights activities in the Soviet Union. When so very often we were remembering the past days and the principles for which brave dissident people in the USSR were risking their lives and always were deprived their freedom for a long periods of life, deprived the right to exercise their profession, to be with their families, to  live normally, we were always stunned by the contrast of such obvious normality of those principles and an absolute absurdity of punishment they were all put through.

Successful and leading scientist Sergey Kovalev was not only kicked off the scientific institute he worked in back in the end of the 1960s in Moscow, but was arrested, tried and convicted to seven awful years in the Soviet Gulag, followed by three years of exile and three years of ban to return to Moscow. The formula was known as 7+3+3 to Soviet dissidents. He was very close to Academician Sakharov and they did support each other always, in turn, of their public shaming and suffering. First Academician Andrey Sakharov went from Moscow to Vilnius to support his young and brave modest and quiet colleague, and almost two decades later, just returned from exile Kovalev did run to Nizhny Novgorod to support his dear friend and mentor Sakharov. All these deeds were highly punishable in the Soviet realities. These quiet people with sterling silver hearts knew the risks. They just cannot live the other way.

What was the reason for Sergey Kovalev’s first serious brawl with the Soviet regime that cost him his scientific career, and lead to his imprisonment in the high-security Gulag camp in Siberia known as Perm-36? Established scientist in Moscow got indignant over the show-trial in 1968 of two leading Soviet dissidents,  Andrey Sinjavsky and Jury Daniel for such ‘a crime’ as publishing their book abroad, got a natural human reaction of solidarity and started to collect signatures of his colleagues in support of the two writers.

Closely connected with that famous and crucial for Soviet society – and common public conscience, and individual bravery, as well – was Arina Ginsburg’s husband, dear friend, unique personality and pride of Soviet dissidents, Alexander Ginsburg, our dear Alik. It was Alik who, after being arrested and sent to Gulag already, the first of his three, had compelled an incredibly important document, the White Book of the Sinjavsky and Daniel shameful trial. That book has documented the total, sheer absurdity of Soviet regime with regard to personal freedom as anything else. Of course, Alik Ginzburg was immediately and severely punished for that, but those people on the top of the Brezhnev KGB apparatus in the 1970s really failed to understand anything about that man who was fearless and humane to the degree which was far beyond them. 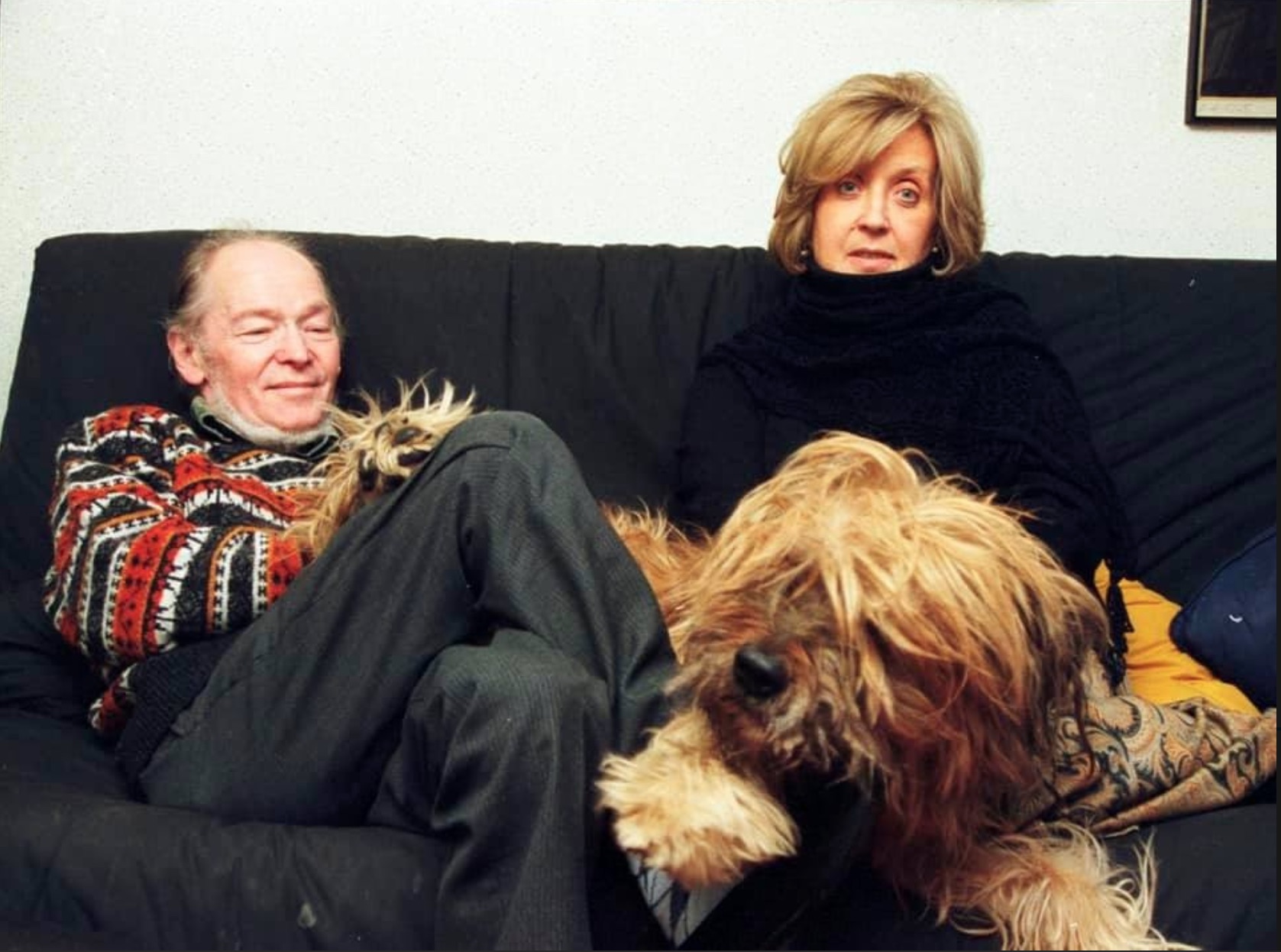 Arina was Alik’s wife. To be Ginzburg’s wife, one should be the same fearless, incredibly wit, brilliant, funny, limitlessly friendly, understanding, helpful, loyal – and to be able to enjoy life, people under – and despite – any circumstances. Such were our friends, the people we loved with all our hearts, people who always were helping the others, Solzenitsyns, Rostropoviches, all dissidents and their families in the Soviet Union, famous and not famous alike.

Being deprived from her work at Moscow University, after forced emigration, Arina has become the pillar of Russkaja Mysl, The Russian Thought newspaper in Paris, the epitome of honesty, principle and truth at the time when it all was still a luxury in Soviet Union. 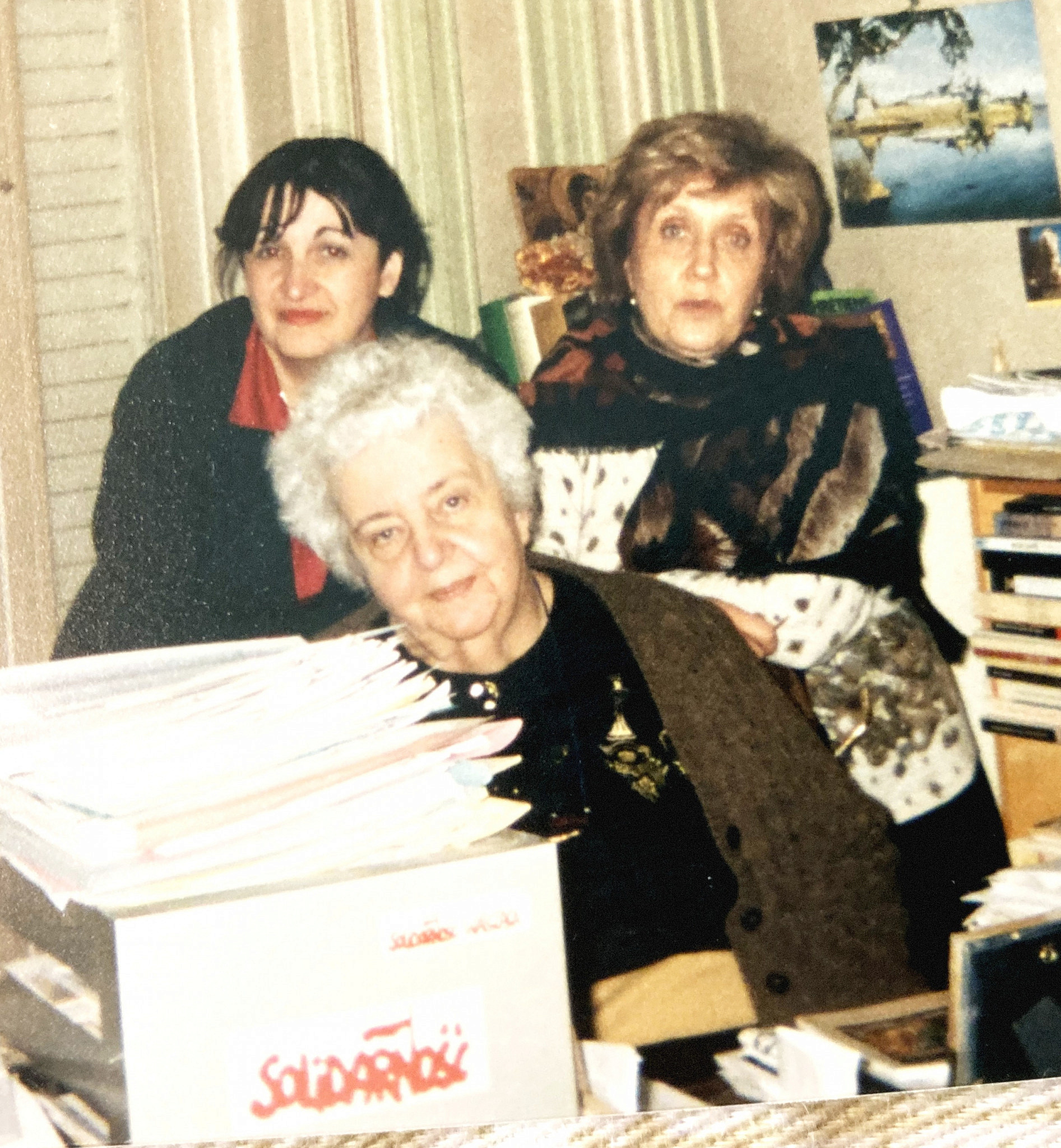 It was a pleasure to work with her as a colleague, and I was enjoying that pleasure for many years. But far more important was Arina’s presence in our lives as a friend, the person who always gave you a comfort of friendship. Her sense of fairness was of the sort that makes people believe in good. Her bravery was very under-stated. I honestly do not know how to make it in Arisha’s absence. How does one do without a friend who was always there for one?

Sergey’s destiny after the collapse of Soviet Union was extremely worthy and also dramatic. Academician Sakharov encouraged him to become active in the political life of post-communist Russia. Sergey has become MP, the co-author of the first post-communist Constitution of Russia, chairman of Memorial Society dedicated to documenting the history of political repressions in the USSR. He was also the first ever post-Communist Russia’s human rights envoy.

Sergey’s bravery has never left that soft-speaking man. In the one of the most dramatic episodes of modern Russian history, at the peak of Chechen wars in Russia in the very hot summer of 1995, Sergey voluntarily became the hostage for the Chechens terrorists in exchange for liberated civilians.

Soon after that true exploit, in April 1996, we have organised Sergey Kovalev’s special visit to Finland where the symposium Human Rights Today: First-Hand Perspectives was organised for the first  – and the last – time. I saw there how absolutely important it was for masses and masses of people and the media to listen to his soft way of conveying often uncomfortable but always thought-provoking, and always absolutely honest views on the most problematic issues, not for Russia only, far from it.  For all of us living at the certain period of history which was unprecedented in so many ways. 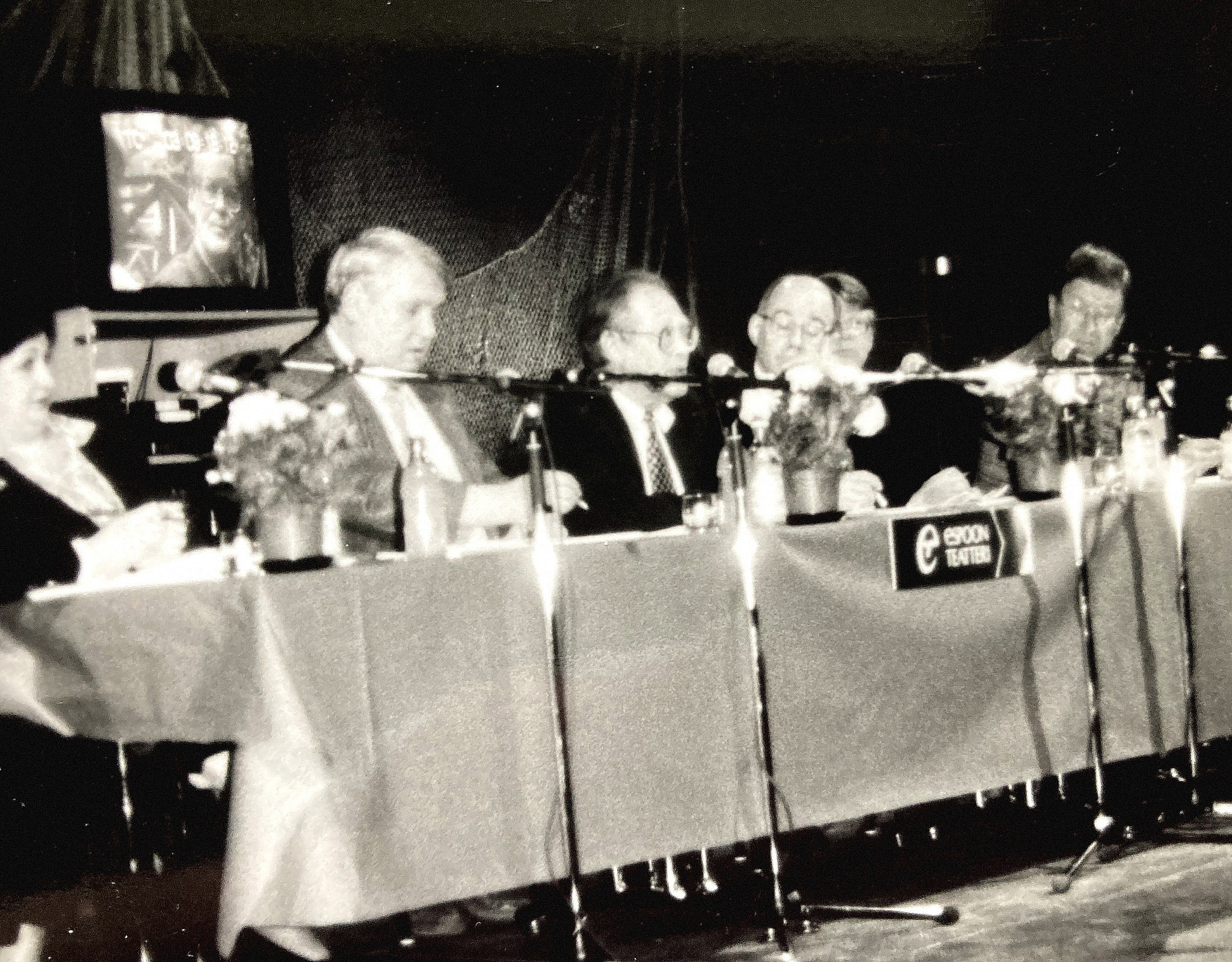 Kovalev was a Vaclav Havel-type of post-Communist era politician, and they were counted by one-hand fingers, sadly. 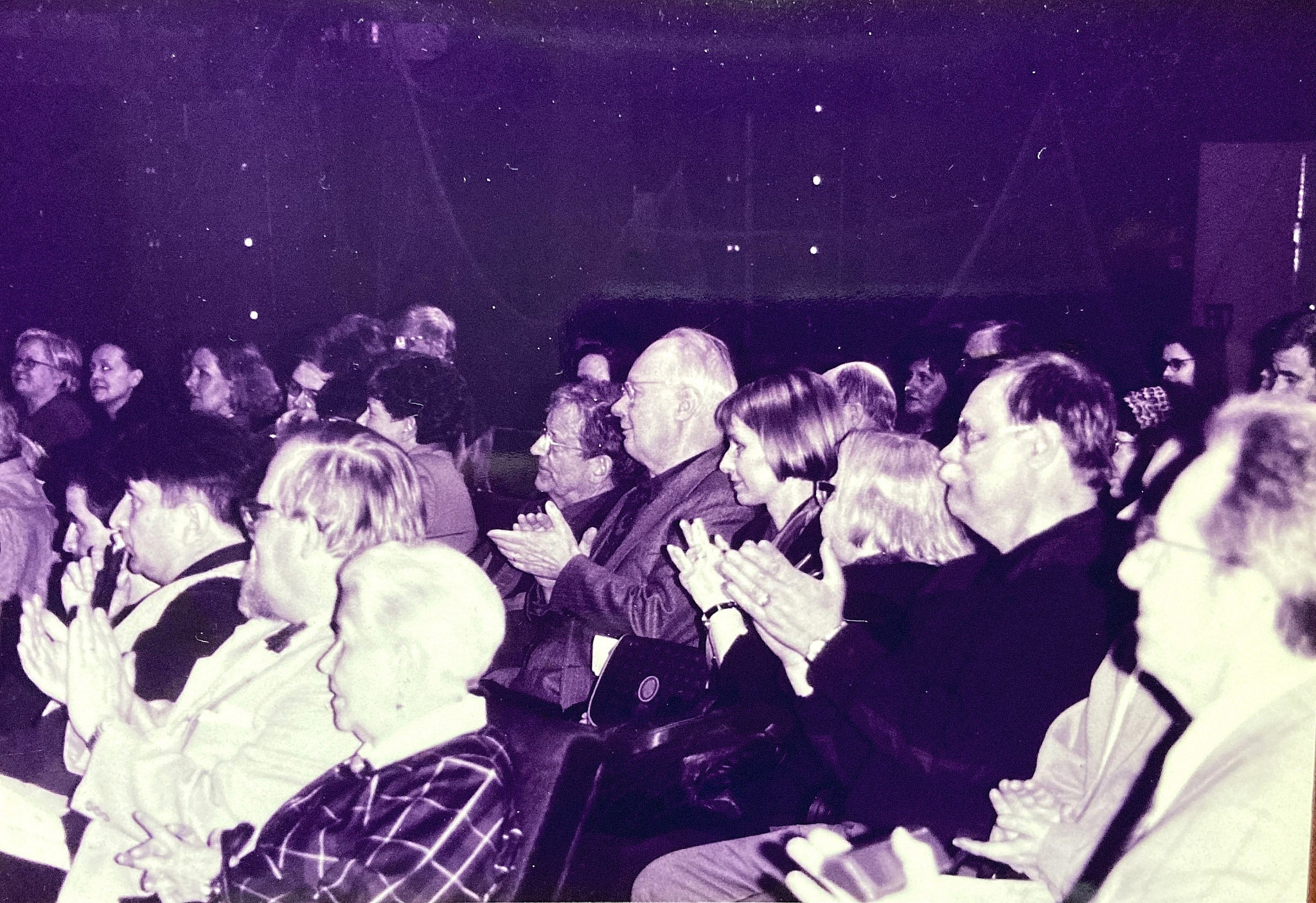 Because they both had never compromised on truth, and at the same time were never imposing anything on anyone, only help to those who needed it, both Arina and Sergey were loved by very many people, so justly.

Their both input into the history of their country is giant. Yet more special is their both input in the quality of human beings. Their both sterling-silver hearts were a guidance for many during their long and very meaningful, thoroughly decent lives. And they will stay so in our memory.

It is just such a boundless pity that one cannot pick up the phone and to hear the voices and that wonderful quiet laugh of dear friends who were a constant in one’s life for so long.

The voices of both Sergey and Arina who left us on the same day of August 6th, 2021, I miss terribly. Their both wonderful, very special, smiles are here, with me, materialised and flying around as two graceful butterflies.

So long, dear Serezha and Arina. And thank you for your great lives, your both personal charm, your bravery, your brilliant minds, your never failed humour does not matter what. For your big brave hearts shared with many of us so absolutely generously.

Your smiles were the gifts in our lives. And they will stay so.