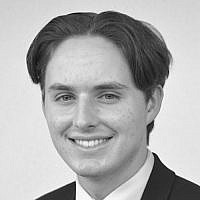 The Blogs
Benjamin Walsh
Apply for a Blog
Advertisement
Please note that the posts on The Blogs are contributed by third parties. The opinions, facts and any media content in them are presented solely by the authors, and neither The Times of Israel nor its partners assume any responsibility for them. Please contact us in case of abuse. In case of abuse,
Report this post. 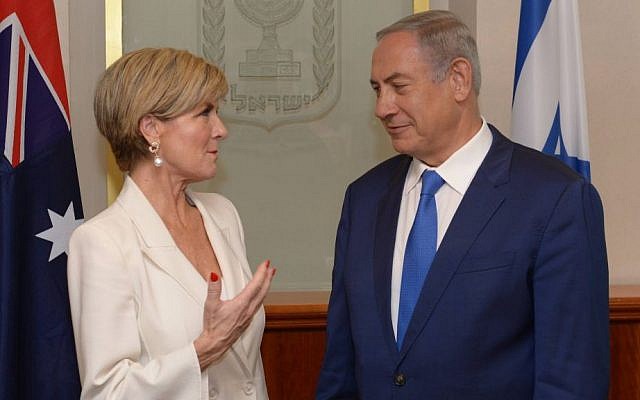 Australia recently cut $10 million in direct funding to the Palestinian Authority (PA) over concerns that the funds were being used for terrorism. Australia’s Foreign Affairs minister, Julie Bishop, wrote to the PA on May 29 seeking ‘clear assurance that Australian funding [was] not being used to assist Palestinians convicted of politically motivated violence.’ Bishop went further, stating she was ‘concerned that in providing funds for this aspect of the PA’s operations’ there was a chance that the funds were going to ‘activities’ at odds with Australian values.

At first glance, this decision seems like a victory in the long struggle against Israel’s enemies. It is. Australia has, after all, been a dedicated friend of Israel for many years. While a sign of friendship, the cut also demonstrates Australia’s unwillingness to overstep its “middle power” mandate and take on a broader moral responsibility to defend Israel from organisations that seek its demise.

Asking the PA, a government that consistently misappropriates funding for terrorism, if they misappropriated Australian funding for terrorism demonstrates Australia’s case-by-case approach to the Israel-Palestine peace process. The Australia-centric nature of the letter and the exclusive focus on the PA represents Australia’s reluctance to question the activities of other organisations it donates to that threaten Israel.

Australia’s size as a donor hardly encourages moral clarity. Instead, its financial presence acts as a safety blanket: the size of its donations do not necessitate a significant moral commitment, and it has the flexibility to back out if it wants to save face.

The letter was only sent when it was suspected that Australia’s contributions to the PA were being used for terrorism. If Australia is serious about confronting terrorism and other threats, it should cease funding other execrable groups that draw a moral equivalence with the PA. As a democracy that respects human rights, the rules-based international order and peace in the Middle East, Australia cannot afford to pick and choose between organisations that threaten peace and Israel.

Australia’s limited role in the PTs, while desirable overall, has encouraged complacency and uncertainty: while defunding the PA is good, it makes little sense to continue funding other organisations that masquerade as arbiters of peace. Australia should thus pull its funding from the United Nations Relief and Works Agency (UNRWA), which funds an education system that does not advocate peace, ferments a refugee crisis designed to threaten Israel’s survival and stores weapons for Hamas under its schools. There have also been reports of Australian funding finding its way to the MA’AN Development Centre, a suspected BDS supporter. Why has funding not been pulled from these organisations, nor letters penned to them?

Cancelling funding from the PA but maintaining aid for UNRWA does not make sense as both organisations maintain forces designed to harass and eventually destroy Israel. Australia cannot say its stated objectives in the Palestinian Territories are geared towards peace, if it also says its objectives align with “peaceful” organisations vying for Israel’s destruction.

According to the “Overview of Australia’s aid program to the Palestinian Territories [PTs]”, ‘Australia seeks to align its support with the Palestinian Authority’s (PA) objectives and other donor’s efforts for maximum impact.’

‘The PTs face formidable constraints to economic development including: the physical separation of territory, a lack of control over territorial borders and key natural resources such as land and water, restrictions on movement of goods and people, and the ever present threat of violent conflict.’

Never mind the fact Israel has faced most of the problems listed above, it is highly disingenuous to suggest Australia align its objectives with the PA and ‘other donors’ (UNRWA). Both crave Israel’s demise.

Under the present system, the Palestinian leadership has done nothing to further peace, and everything to encourage terrorism, the murder of innocents, riots, kidnappings and rocket attacks.  Rule of law is lost there. Palestinian leaders have accrued massive personal fortunes at the expense of the public purse, while choosing to incite crime and victim hood.

According to Israel’s Ministry of Foreign Affairs, the PA is responsible for a wave of terror attacks from September 2015-2018 by ‘radical Islamists and terrorist elements, calling on Palestinian youth to murder Jews.’

The PA hates the fact that Israel has faced, and continues to face, obstacles that only a handful of countries have had to confront. It fails to mention that Israel has had to deal with economic underdevelopment and terrorism, not to mention three major wars of annihilation. Today, Israel faces a vicious BDS campaign and further threats of an Iranian nuclear holocaust. Unlike the PA and UNRWA, Israel encourages all of its people to move on from yesterday’s hardships and build a life.

Australia must make it clear that the policy objectives of Australia and the PA could not be more different. Australia must move to dislodge the very myths and policies– from the ‘right of return’, to the ‘pay-for-slay’ payments – that prevent prosperity and peace. Yes, funding has been cut. However, it was provided knowing full well the nature of the PA.

The PA has survived and thrived because violence and misdirection work. Writing in Commentary, Seth Mandel notes in, ‘The Palestinian Authority Loses Its Authority’, ‘Arafat shaped the PLO, and thus the Palestinian national movement, for a quarter-century before the PA was established. The only thing that changed was that nothing changed.’ The terrorism and corruption employed by Arafat to ensure the survival of the Palestinian cause has been inherited by Mahmoud Abbas, the current leader of the PA.

Letter writing and stand-alone funding cuts do not stand up to scrutiny when Australia continues to align its objectives with organisations that hunger for Israel’s demise. Some moral consistency from one of Israel’s closest friends is needed.