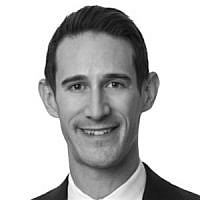 The Blogs
Eric Danko
Apply for a Blog
Please note that the posts on The Blogs are contributed by third parties. The opinions, facts and any media content in them are presented solely by the authors, and neither The Times of Israel nor its partners assume any responsibility for them. Please contact us in case of abuse. In case of abuse,
Report this post.

While Intel’s $15.3 billion acquisition of the Israeli auto-technology company Mobileye has understandably turned heads, it comes as no surprise to those who closely follow the self-driving industry.

Israel today counts roughly 500 companies in the auto-tech space, and automakers from GM to Daimler, Honda, Volvo and others are establishing footprints in Israel to take advantage of its prolific start-up ecosystem. Matched with Israel’s world-class cyber arena, with natural synergies to any conversation over automated or connected vehicles, it is not difficult to see the enormous potential for deal-flow, as many have pointed out.

But for all of the recent attention, the real story has largely been missed. With its natural connection to jobs and national security, the twin pillars of American political relevance, cooperation on autonomous vehicles can transform the US-Israel relationship as only one sector has before it.

While Israel is undeniably the “Start-up Nation” and the projected $42 billion annual market that self-driving vehicles (AVs) are expected to create will certainly benefit Israeli companies, focusing solely on corporate investment misses the potential political upside of an AV partnership. But political value is not a natural byproduct of commerce, it must be created, and a new approach is needed to capture it, lest we leave it on the table unrealized.

The Israel case-study has shown this time and again. Despite Israel’s near-ubiquity in modern connected life – from instant messaging to WAZE and virtually every microprocessor that powers a computer – the political value of even huge commercial deals can be minimal. Few beyond the predisposed pro-Israel crowd are aware of Israel’s importance to their daily lives, and of those who know, few care. Nobody is made pro-Israel because of a shorter route to the supermarket.

This is not unimportant given increased anti-Israel sentiment on both ends of the political spectrum, evidenced when groups like Occupy Wall Street adopt anti-Israel platforms, and in the nationalist populism that has surrounded the election. Israel’s case must be buttressed in the United States, and while substantial evidence exists given its vast contributions to modern life, a disparity persists between real and perceived value. This occurs for two key reasons.

The first is that despite Israel’s importance to blue-chip US companies – Google, Intel, Microsoft, Apple, etc. – tech deals are not connected in the minds of Americans to the touchstones of our interests: jobs and national security.

Even more fundamentally, there has been no systematic effort to link private transactions with political relevance. Trade delegations facilitate commercial deals, while the political pro-Israel community focuses on government-to-government cooperation like foreign aid. Those efforts rarely intersect. As a result, they do not touch the constituent that may benefit from the transaction, nor the elected representatives who should be made aware of the connection.

The defense sector is a powerful exception, and the critical case study for AVs. Every year Congress allocates significant resources to Israel that facilitate joint R&D, production or procurement of military wares. This has provided exceptional value to American soldiers and first-responders, expedited development of missile defense systems, and more. It has also facilitated robust commercial cooperation, generating not only revenue and economic growth, but jobs.

Defense cooperation with Israel is thus understood to benefit both our national security and our economy – industry cooperation with Israel creates market-leading products and the high-paying jobs to create them. Consciously connecting those elements in the minds of constituents, stakeholders and lawmakers produces deep political support.

The same ingredients are present with AVs. Unlike many other high-tech sectors, transportation goes to the heart of American interests. The auto sector is a pillar of the economy, responsible for over 7 million jobs – many in the industrial heartland – and a huge share of US global exports.

Transportation energy issues also go to the core of US and Israeli joint interests. Oil powers 92% of our massive transportation system, creating a dramatic vulnerability that skews foreign policy and exposes the economy to wild swings. The oil price spike of 2007-08 was a significant factor in the Great Recession, and indeed every recession in the last 40 years has been preceded by, or coincided with, an oil price spike. Furthermore, the majority of global oil reserves and production are controlled by nations that do not share America’s, nor Israel’s, strategic interests.

While most Americans at this point understand the geopolitical and military implications of oil reliance, Israel feels those threats even more acutely. This prompted the 2010 launch of Israel’s Alternative Fuels Administration – a national initiative to reduce Israel’s oil usage while positioning it as the world’s beta site for off-oil technology.

That office recently expanded its scope to cover smart mobility solutions, such as AVs. This was done for the same reason that Securing America’s Future Energy (SAFE) advocates for autonomous vehicle testing and deployment. There is a natural synergy between autonomous vehicles and alternative fuel platforms, such as electric vehicles (EVs). Research demonstrates that alternative fuel AVs can dramatically lower the use of oil in transportation from today’s 11 mbd to under 4 mbd by 2040. 2040 may seem too far over the horizon to matter, but the billion dollar investments, acquisitions and partnerships that will get us there are being made today, evidenced in the Mobileye deal.

AVs are what’s next for the global auto sector. That was the motivation for Intel’s acquisition of Mobileye, as it was in Ford’s $1 billion investment in Argo AI, and GM’s $1 billion purchase of Cruise Automation. While Israel is not alone in developing impressive technologies, it is quickly emerging as preeminent and prolific. At roughly the same time that Intel announced its acquisition, the Israeli V2X company AutoTalks announced $30 million in Round D funding. Israel is also on the cutting edge of cybersecurity, with companies like Argus developing cyber-protections for connected vehicles.

More is certain to come and we are at a critical juncture. Not only are American automakers in a sprint against international competitors for the best AV technology – a race with direct bearing on job creation – the US is developing its AV regulatory structure in real-time, meaning the legislative opportunities to encourage cooperation are open. Those should be leveraged and there is plenty of low-hanging fruit. One idea is to build on the 2016 US-Israel Memorandum of Cooperation by expediting the planned $40 million AV Center of Excellence in Netanya.

Transportation must be the new growth sector in the US-Israel relationship, and AVs are the door. With its natural benefits to the security and prosperity of both nations, the table is set to yield both commercial and political value. But a synthesized public-private sector approach is needed to first structure and then capture and leverage the opportunity. Today that mechanism is absent.

We need a new, integrated approach to facilitate the legislative as well as the commercial, and to systematically connect the dots to core American interests in Washington and around the country. AVs will be central to our future and Israel will be key to getting there. The opportunity to maximize that journey exists now. Israel’s role should not be allowed to mirror its current place in the high-tech world: present, largely unknown and under-appreciated. This opportunity is too important to miss.