Yesterday four innocent Israelis were brutally murdered by a terrorist in Be’er Sheva. Yet reading the article tucked away in the “Middle East” section of the BBC website, one would find it difficult to realize that this is what actually happened.

The headline states,“Israel: Four killed in shopping centre attack.” This is in contrast to the terror attack a few years ago in London which the BBC reported as, “London attack: Four dead in Westminster terror attack.” In London (outside of Israel) when a terrorist, inspired by the incitement of militant Islam, murders innocents, it’s a “terror attack.” In Israel, where innocents are murdered by a terrorist, inspired by the incitement of militant Islam the word “terror” is nowhere to be seen in the headline, or indeed the entire article. There was just “an attack” not a “terror attack.” Even more bizarre, the terrorist perpetrator was the only one mentioned by name in the article, not the victims, Doris Yahbas, 49, a mother of three, Laura Yitzhak, 43, another mother of three, Rabbi Moshe Kravitzky, a father of four, and Menahem Yehezkel, 67. 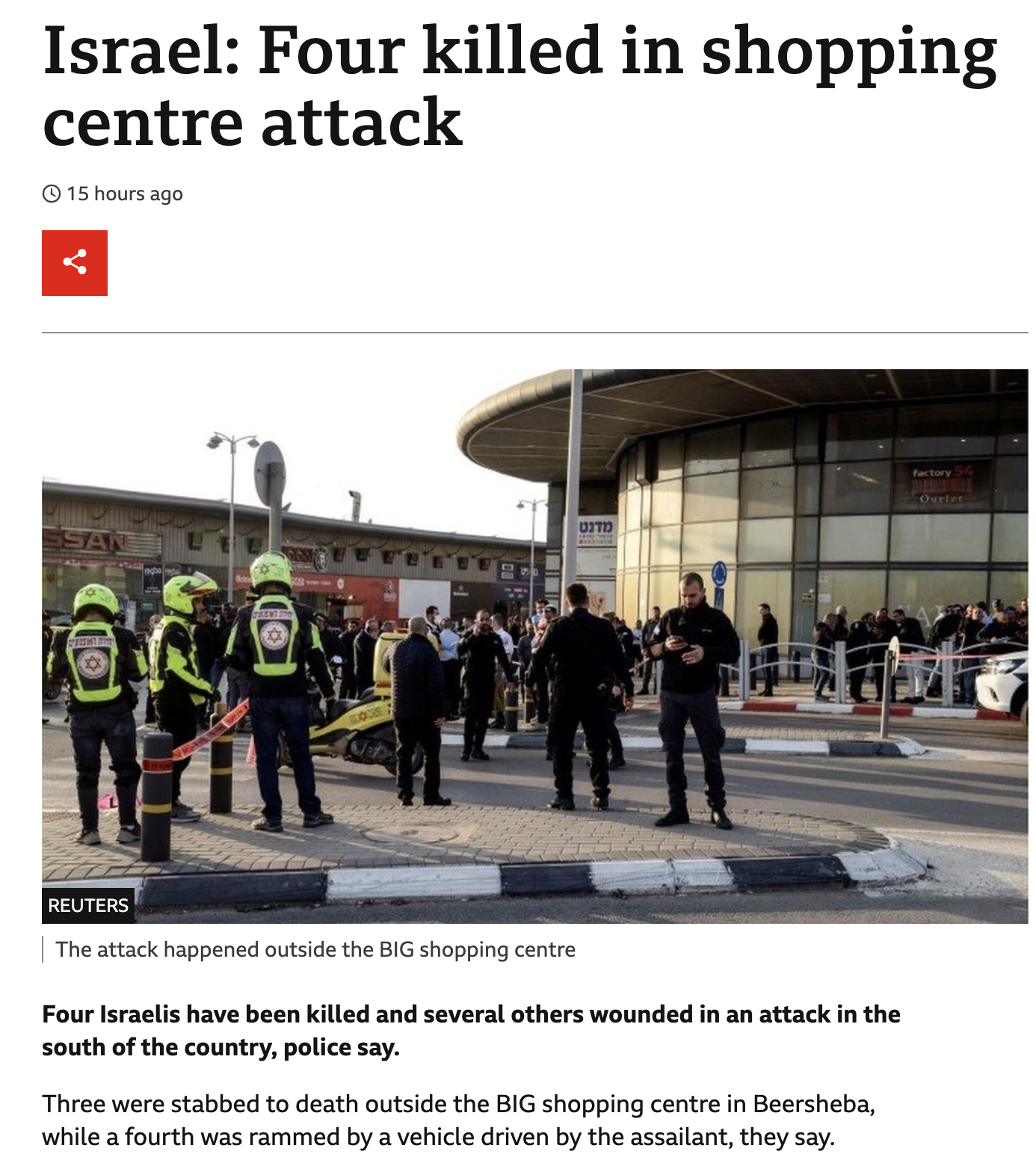 The BBC article continues, “Tuesday’s incident began when Alqian stabbed a woman at a petrol station, then drove to a shopping centre where he rammed into a cyclist. He then went to a second shopping centre across the street, where he stabbed more people.” I wonder why? Why isn’t he described as the, “alleged terrorist” or the, “alleged murderer?” The Times of Israel in an article titled, “Israel’s Deadliest Terror attack in years” states, “Four Israelis were killed, and two others wounded Tuesday in a ramming and stabbing attack at an outdoor shopping mall in Beersheba officials said, in Israel’s deadliest terror attack in years.” In the same article the murderer is referred to as, “the terrorist.”

Why doesn’t the BBC call a terrorist a terrorist if the attack occurs within Israel but only if the attack occurs outside Israel? Why doesn’t the BBC realize that all terror, wherever it happens, from London, to New York, to Sydney, to Cairo, to Be’er Sheva stems from the same source, incitement by fanatical militant Islam to go out and murder “non believers” in order to establish a pan-Muslim caliphate? Why does the BBC have double standards in the language it uses to describe terror attacks inside Israel? Why are the reports sanitized of the words “terror,” “terrorist” or indeed the word “murder?” 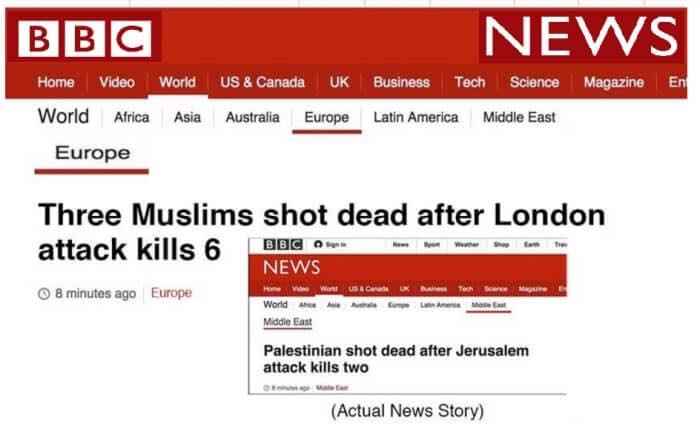 The BBC’s policy of reporting terror attacks with a different lexicon if they occur inside Israel is a prime example of the double standard utilized by vast swaths of the main-stream media towards Israel and may even contribute somehow to the pseudo-legitimization of these terror attacks themselves.

Once again innocent Israelis were murdered by a radical Islamic terrorist and once again the BBC’s bizarre coverage showed clear signs of bias. This leads to the serious question: Is the BBC Antisemitic ,or have an anti-Israel Agenda? What other explanation could there be for this bizarre and fact-distorting “reporting” from a premier news organization?