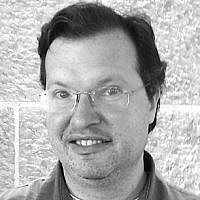 The Blogs
Alex Margolin
Apply for a Blog
Please note that the posts on The Blogs are contributed by third parties. The opinions, facts and any media content in them are presented solely by the authors, and neither The Times of Israel nor its partners assume any responsibility for them. Please contact us in case of abuse. In case of abuse,
Report this post.

When the Boycott, Divestment, and Sanctions (BDS) movement launched its latest campaign against SodaStream, it never could have imagined the level of defeat it would suffer in the process.

Instead of drawing attention to Israeli abuses of Palestinians, the BDS campaign generated discussions about just the opposite – that Palestinians actually benefit from the economic cooperation generated by companies like SodaStream.

In the process, the BDS managed to bring into question one of the sacred cows of the movement – that settlements are the “obstacle to peace” in the region. A reasonable person following the news might conclude that the real obstacle is the sort of blanket boycotting advocated by the BDS.

The SodaStream CEO Daniel Birnbaum told reporters he was keeping the factory in Ma’ale Adumim open out of loyalty to the hundreds of Palestinians who work there. If he moved inside the Green Line, as the BDS demands, the workers would lose their jobs.

“I just can’t see how it would help the cause of the Palestinians if we fired them,” he told The Forward.

The BDS has targeted SodaStream for years because of its production plant near Ma’ale Adumim, just over the Green Line. But the campaign kicked into first gear a few weeks ago when SodaStream announced that Hollywood starlet Scarlett Johansson would be its first “brand ambassador.”

But the Johansson-SodaStream partnership proved superior in the sort of tactics the BDS has used effectively in the past – setting the terms of debate for its own agenda.

SodaStream is a company that is not only committed to the environment but to building a bridge to peace between Israel and Palestine, supporting neighbors working alongside each other, receiving equal pay, equal benefits and equal rights.

That is what is happening in their Ma’ale Adumim factory every working day.

The message had already shown resonance with the public. When BDS attempted to counter the claims with reports from Palestinians workers that the conditions at the plant were not as strong as the company presented, the media investigated. The Christian Science Monitor, for example, discovered something interesting:

Those most familiar with the factory – Palestinians who work there – largely side with Ms. Johansson.

“Before boycotting, they should think of the workers who are going to suffer,” says a young man shivering in the pre-dawn darkness in Azzariah, a West Bank town cut off from work opportunities in Jerusalem by the concrete Israeli separation wall. Previously, he earned 20 shekels ($6) a day plucking and cleaning chickens; now he makes nearly 10 times that at SodaStream, which also provides transportation, breakfast, and lunch.

Others joined in. Philadelphia Daily News columnist Stu Bykofsky wrote, “BDS claims it wants only what’s good for the Palestinians, no matter how many of them it has to hurt.”

And that’s the real problem with the entire Boycott, Divestment, and Sanctions movement. It seeks only to destroy, without concern for the human consequences. And ultimately, nothing good is going to come from that.

About the Author
Alex Margolin is a writer and editor with HonestReporting. He also runs the Fighting BDS Facebook page.
Related Topics
Related Posts
Comments