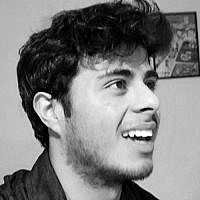 The Blogs
Moshe Silva
Apply for a Blog
Please note that the posts on The Blogs are contributed by third parties. The opinions, facts and any media content in them are presented solely by the authors, and neither The Times of Israel nor its partners assume any responsibility for them. Please contact us in case of abuse. In case of abuse,
Report this post.

Which are the reasons behind making aliyah? Why people who had a stablished life in the other part of the world, decide to leave everything behind and move to a country so different in so many ways? Answering these questions became almost an obsession during my first two years in Israel.  As an 18-year-old yeshiva student from Mexico and later on as a soldier, my general perception was that people made aliyah due to a sense of obligation or belonging to the Jewish state and towards Judaism. I wasn’t totally wrong; it was the answer that I got every time I asked. A problem started when I stopped asking, I wrongly assumed that everyone had the same reason.

When I started my academic life at the Hebrew University, I had the opportunity to meet new people from different parts of the world, I had the chance to expand my perception and be more aware of people’s inner world. I realized that there is another factor that influences people to make aliyah: Necessity.

At first, the term “necessity” was a little unfamiliar, for a kid that was raised in the Jewish Community of Mexico City and that had been surrounded by the American Community, it just didn’t resonate completely. It took a little of time, and patient friends, to understand completely what this meant. Making aliyah out of necessity it doesn’t mean to move here only out of economic difficulties, it means to search for a future that wouldn’t be possible in other parts of the world. The lack of strong Jewish Communities, opportunities, education and antisemitism in Latin America, Asia and even some parts of Europe, create in the Jewish citizens a dark picture of the future, a prospect with no clear options for them and their families.

I realized that our view of making aliyah is a utopic and disguises reality. There are people who don’t have the luxury of deciding out of Zionism or Jewish identity, because of that, their stories are not shared, and they are seen as less than the other new immigrants. They even lack the same economic and social support that immigrants from English speaker countries have. Yet their stories are still worth listening. Their circumstances don’t make the sacrifice less meaningful. We shouldn’t value them based on their reasons to immigrate. They contribute to the economy, they pay taxes and their sons and daughters go to the same army. They have the same value as any other citizen.

That’s the reason behind the creation of this blog, I took on the job of sharing these stories, be a voice for the people who deserve to be listen to and share their point of view in numerous topics, but most importantly, to change our perception of aliyah so we can understand our society and their needs. With a more complete picture, we can improve our communities, develop better quality relations and work towards a brighter future. We only need to be willing to listen.

About the Author
I am originally from Mexico but I moved to Israel when I was 18 years old. After finishing my service in the IDF as a paratrooper, I decided to follow my childhood dream and study Archeology. Currently, I am in my first year of Archaelogical Studies at Tel Aviv University and following my passion for writing.
Related Topics
Related Posts
Comments