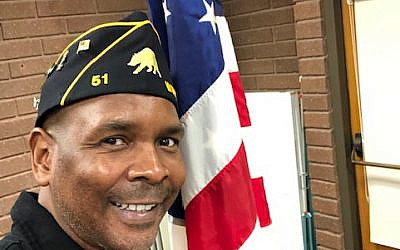 The term “colorism” was coined by African American writer Alice Walker in 1983. Walker defined “colorism” as “prejudicial or preferential treatment of same-race people based solely on their skin color.”

When I was a child growing up in Long Beach, California, other kids on the playground made hurtful “colorist” statements such as:

“If you’re white, you’re all right. If you’re brown, stick around. But if you’re black, get back!”

“Don’t get too dark by playing in the sun.”

As an African American, I learned the ‘social rules’ of colorism at a young age. Some people spent hundreds of dollars on bleaching cream or fade cream to lighten their skin. Others spent money on relaxer to straighten their “kinky” hair.

Civil rights pioneer, Malcolm X, tried to end colorism by making speeches about house slaves and field slaves. Malcolm X spoke out against self-hatred and in support of the importance of racial pride.

However, even today, the problem of colorism is an issue around the world in places such as Africa, India, Nepal, Korea, China, Japan, Latin America, and Europe.

My good friends from India tell me that some light skinned Indians are generally considered more attractive than darker skinned Indians. Moreover, in India there is a lucrative industry of skin lightening products.

My good friends from South Korea and China tell me that lighter skin is generally favored in those countries and cultures.

When I lived in Israel for nearly six years, I didn’t notice any overt colorism. Although I noticed there is sometimes social tension between Sephardic, Mizrachi, Ethiopian, Russian, Arab, and Ashkenazi populations in Israel, I didn’t notice overt focus on light skin vs. dark skin people in Israel.

In addition, there must be an anti-colorism statement added to the Universal Declaration of Human Rights.

If you think that colorism is not a real issue, then ask yourself the following question: Who is more attractive—Angelina Jolie or Oprah Winfrey?

We must follow the old saying: “Red, yellow, black, and white, we are all one in God’s sight.”

Let’s end colorism and racism and promote equality and love for all.