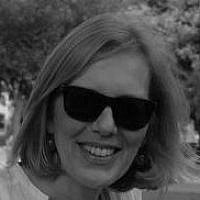 The Blogs
Marian Lebor
Apply for a Blog
Please note that the posts on The Blogs are contributed by third parties. The opinions, facts and any media content in them are presented solely by the authors, and neither The Times of Israel nor its partners assume any responsibility for them. Please contact us in case of abuse. In case of abuse,
Report this post.

Imagine a world where you could turn up at an international airport shortly before your flight was due to leave, and undergo a security check involving nothing more than a perfunctory look through your suitcase. Imagine an arrivals hall that had a glass screen through which you could see the people you had come to meet, wave to them, and watch as they waited for their luggage.

Until May 30 1972, this was the innocent world we lived in. That night, scores of lives were shattered, along with the glass screen at Lod Airport (now Ben-Gurion), when three Japanese Red Army terrorists indiscriminately sprayed machine gun fire and threw hand grenades in the arrivals hall. The Lod Airport massacre left 26 people dead and 80 injured. My sister, then aged 23, was among the injured.

The terrorists had arrived in Israel on an Air France flight and they began their attack as soon as they passed the ticket area and retrieved their cases – which had clearly not been subjected to any search at all before the flight, as they contained nothing but Kalashnikov submachine guns and grenades. Seventeen of the dead were Puerto Ricans on a pilgrimage to Israel. The operation was planned and supported by the Popular Front for the Liberation of Palestine.

In 1972 my sister was living in an apartment in Ramat Gan with two other young British immigrants. I lived in London with my parents and I was studying for my ‘A’ levels, which were due to begin the following week.

Imagine a world without the Internet, iPhones or Facebook to give you immediate information as it happens. There weren’t even any 24-hour news stations on radio or television forty years ago, so the first we heard of the attack was on that day’s late evening television news programme. Our first concern was for one of my sister’s flat-mates who was flying back to Israel after a trip to London. But then the thought crossed our minds that my sister might have gone to the airport to meet her.

In 1972 there was no direct dialling to Israel from abroad; all calls had to be booked in advance through the international operator. My sister didn’t have a phone in her apartment, so my mother booked a call to her office for the next morning.

When we thought about it rationally, we decided it was unlikely that she had gone to meet her friend, but a nagging doubt nonetheless remained. It took a frustratingly long time to ascertain that she had indeed gone to the airport and we eventually discovered that she was in a Tel Aviv hospital, having been shot in the leg.

Our first reaction was one of horror, but this quite quickly turned to overwhelming relief that she hadn’t been more seriously injured – or worse. When she later told us the full story, she kept reiterating that the man standing just a few inches away from her had been killed.

Two of the terrorists were killed in the attack and the third, Kozo Okamoto, was captured, tried by a military court and sentenced to life imprisonment. He was released in 1983, however, as part of a prisoner exchange with the Palestinians.

In 1994 I made aliya with my family. There have been countless terror attacks here over the past eighteen years and there are special ceremonies of remembrance in Israel on the anniversaries of some of them. At the moment there is an international clamour, rightly, for there to be a minute’s silence at the London Olympics in memory of the Israeli athletes murdered in Munich in 1972.

But before Munich there was Lod. As yet, there hasn’t been any official remembrance of the victims of the Lod Airport massacre on this fortieth anniversary. The airport itself has changed drastically and there is no longer a memorial in the arrivals area at which people may pay their respects privately.

In Puerto Rico, however, a remembrance day was introduced by law to commemorate the atrocity; to honour those who were murdered and those who survived, and to educate the Puerto Rican public about the horror of terrorism. Since 2007, Puerto Rico has marked May 30 as Lod Massacre Remembrance Day.

On the anniversary of the attack last year, my sister spoke bravely and movingly about it on the BBC Witness programme. Forty years ago she was considered to be lightly injured in medical terms. But she has since needed major surgery on her wound, and she will carry the physical and mental scars forever.

About the Author
I came on aliya with my family in 1994. I am a freelance writer, editor and film-maker.
Comments