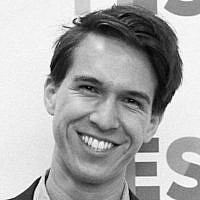 The Blogs
Olaf Stando
Apply for a Blog
Please note that the posts on The Blogs are contributed by third parties. The opinions, facts and any media content in them are presented solely by the authors, and neither The Times of Israel nor its partners assume any responsibility for them. Please contact us in case of abuse. In case of abuse,
Report this post. 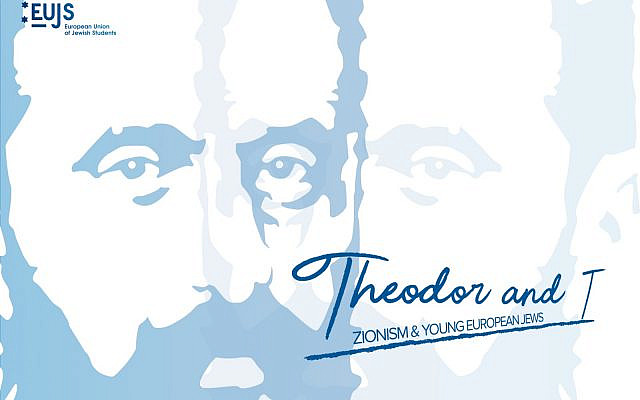 72 years on from the inception of the Israeli state, Zionism has been transformed. From a romantic notion of yearning for a Jewish homeland in Israel, Zionism among the diaspora has been largely rerouted into a defensive notion of “Israel advocacy”.


Especially at universities and in political spaces, at the core of our responsibility as Zionists lay a somewhat burdensome demand to “protect” the land of start-ups, hi-tech and cherry tomatoes against the blights of anti-Israel forces and the BDS movement.

Too often do we find ourselves unable to debate our political differences and competing visions for a Zionism of the future. And too often, the understanding of “protecting” and “defending” Israel has become too closely associated with the expectation that we have to defend the Israeli government and its actions.

For me, the bottom line of my Zionist values is this: supporting Israel’s right to thrive as a Jewish and democratic state.

In the Declaration of Independence, Israel promises “the development of the country for the benefit of all its inhabitants”, founding principles based on “freedom, justice and peace”, as well as “complete equality of social and political rights to all its inhabitants, irrespective of religion, race or sex.” Ben-Gurion also declared Israel “will be faithful to the principles of the Charter of the United Nations.”

These are enlightened, ambitious principles of which I’m proud, with the emphasis on equality, justice and peace standing at the core of my Jewish values. But when these values are under attack by increasingly toxic, right-wing Israeli governments, we as Zionists cannot simply remain silent. Being a true friend of Israel means speaking out.

This is not how it was supposed to be. Democracy and human rights in Israel are under attack. Assaulted by an unsavoury coalition of far-right populists and ultra-religious zealots, the democratic foundations of Israel are crumbling.

Settler-nationalists have entrenched themselves at the heart of the Israeli political establishment, to the point where the new Israeli government – with the Labor Party shamefully present in the coalition – is getting ready to unilaterally annex the West Bank.

In this difficult age, with populism becoming the new normal and respect for international obligations growing increasingly trivial, my Zionism is about looking again to the founding values – centred on democracy and respect – that have so shamefully been neglected.

And so, it’s our responsibility – of all of us who care for Israel and want it to thrive – to face down the grave threat of Israel sliding into authoritarianism, attacking democracy and behaving like a colonial aggressor. As prospects for peace are being torn apart before our eyes, we can’t just close our eyes and brush it all off.

We in the diaspora need Israel, but Israel equally needs us. Our community has power in our voice. If we, as a diaspora community, were to mobilise against annexation and the occupation, it would be a wake-up call to Israeli Jews that we will no longer tolerate “business as usual”. It would send a message that our “Israel advocacy” isn’t unconditional. It would send a wave of solidarity with those who are courageously protesting the hard-right takeover, it would build bridges with the Palestinians, and inspire progressives in Israel to keep fighting for lasting peace through a two-state solution.

When we, the European Union of Jewish Students, have democratically passed a policy committing us to a two-state solution, we meant it. And when the looming annexation threatens to be the final nail in the coffin of a viable two-state solution, it is also our duty to keep the hope for Israeli-Palestinian peace alive.

Let us be in no doubt: unilateral annexation will mean that Israel cannot viably remain both Jewish and democratic. “One-state solution” will become the new irreversible norm. Israel will be forced to become either a non-Jewish state, or a state in which Palestinians are perpetually ruled by Israel, but denied equal rights and freedoms.

Annexation is not only morally and legally reprehensible: it also goes against the long-term security interests of Israel. Indeed, hundreds of former Israeli generals of the Shin Bet, Police and Mossad have released a statement saying that this unilateral action is a ‘security nightmare’ for Israel.

As someone who has represented young Jews on campus and now all over Europe, I know how much Zionism matters to so many of us. At the same time, so many of us were brought up to celebrate liberal democracy, multiculturalism and equality. Many of us hold multiple attachments all at once – a complex kaleidoscope of identities entangled together. Many of us are increasingly struggling to reconcile their progressive values and their Zionism.

Now, as a clash of values deepens in Israel and the hard-right nationalist coalition is succeeding in re-defining Zionism, we’re faced with extremely difficult choices. But reducing these down to a binary – between Zionism and liberal democracy – means granting the hard-right a moral victory.

It mustn’t be about rejecting either Zionism or our progressive values – it’s about future-proofing the relationship between Israel and democracy, and affirming that without a commitment to democracy, Zionism will not stand.

It’s about putting forward a new “Israel advocacy”: fighting against the assault on peace and human rights, and advocating a vision of a better Israel – a country that’s Jewish, democratic, and living peacefully side-by-side with its democratic Palestinian neighbour state.

Only this way can Zionism thrive into the future. Without that vision, and with Israel’s hard-right drift alienating more and more of us in the diaspora, a healthy future relationship between young Jews and Israel cannot be taken for granted.

About the Author
Based in London, Olaf Stando is the Vice-President of the European Union of Jewish Students (EUJS), the umbrella organisation representing more than 160.000 young Jews in 36 countries. He also works in digital media in the UK Parliament and is an MA (Hons) Politics & International Relations graduate from the University of Aberdeen.
Related Topics
Related Posts
Comments