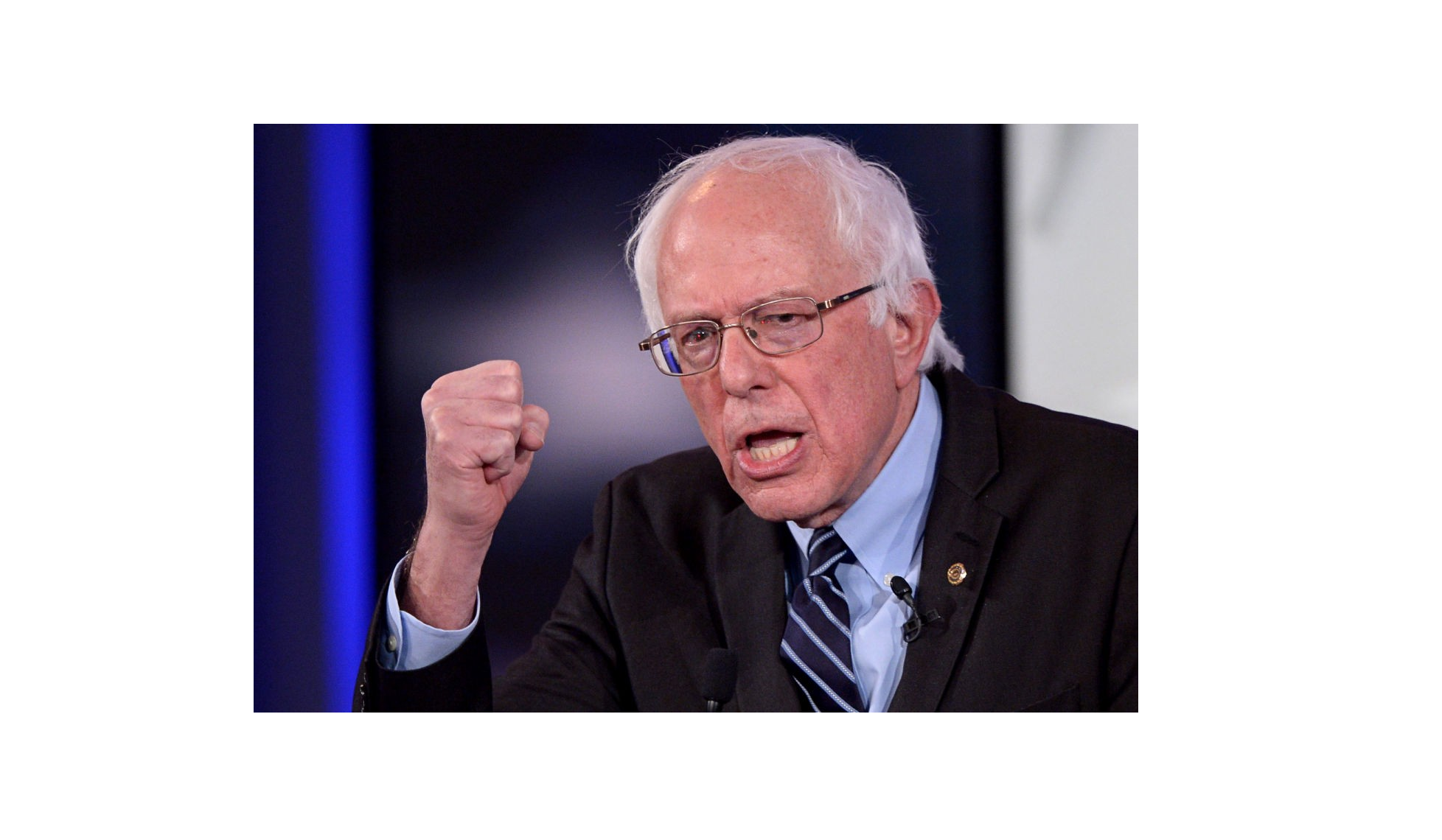 I like Bernie Sanders’ positions on most issues. Although he’s often an insufferable blowhard whose condescending moral certainty about everything rings like fingernails on a blackboard, he seems to care about people and, as such, has an acceptable moral compass.

But while his heart is in the right place, his head is nowhere to be found when it comes to the subject of Israel and the Palestinians.

His rhetoric on foreign affairs is dominated by it. And while the plight of the Palestinians must be taken seriously, his rhetoric on the subject should not. Bernie Sanders’ credibility on the conflict should be zero.

Sanders validates his reasonable and humane posture solely by invalidating Israel. If one is to believe Sanders, the social and economic plight of the Palestinians is entirely the fault of Israel.

If he’s right, then more power to him.

But if he’s wrong, if there are non-Israeli causes for their plight, the consequences to the Palestinians and to Israel of ignoring them are severe. That is, nothing changes. And the absurdist aspect to Sanders’ one-sided approach to the conflict is that even when he’s right, too many people can’t bear to hear it from him.

Is Sanders’ regret over their plight justified? I’d say so. Any decent person would deem this plight unacceptable. But an honest regret necessitates identifying all the causes for the plight. If one believes Sanders and other pro-Palestinian public figures, there is no other cause but Israel. If Israel changes, it’s all fixed. Really?

Consider that in the past Sanders, like Rashida Tlaib, Ilhan Omar, Students for Justice in Palestine, BDS, Roger Waters, J Street, Linda Sarsour, Peace Now and other pro-Palestinian individuals, governments and NGO’s have availed themselves of the work of Human Rights Watch. HRW has been vigorous in its efforts to identify and report on the Palestinians and what they endure on a daily basis.

In October of 2018 HRW published one of its most exhaustive studies ever. This 149-page report examined one of the masjor causes for the plight of Arabs in the West Bank and Gaza who now self-identify as Palestinian.

But you have not heard one word about this report from Sanders, Rashida Tlaib, Ilhan Omar, SJP, BDS, Waters, J Street, Sarsour, Peace Now, etc. You never heard about it from the media either. So here is this report from Human Rights Watch. Read it yourself. 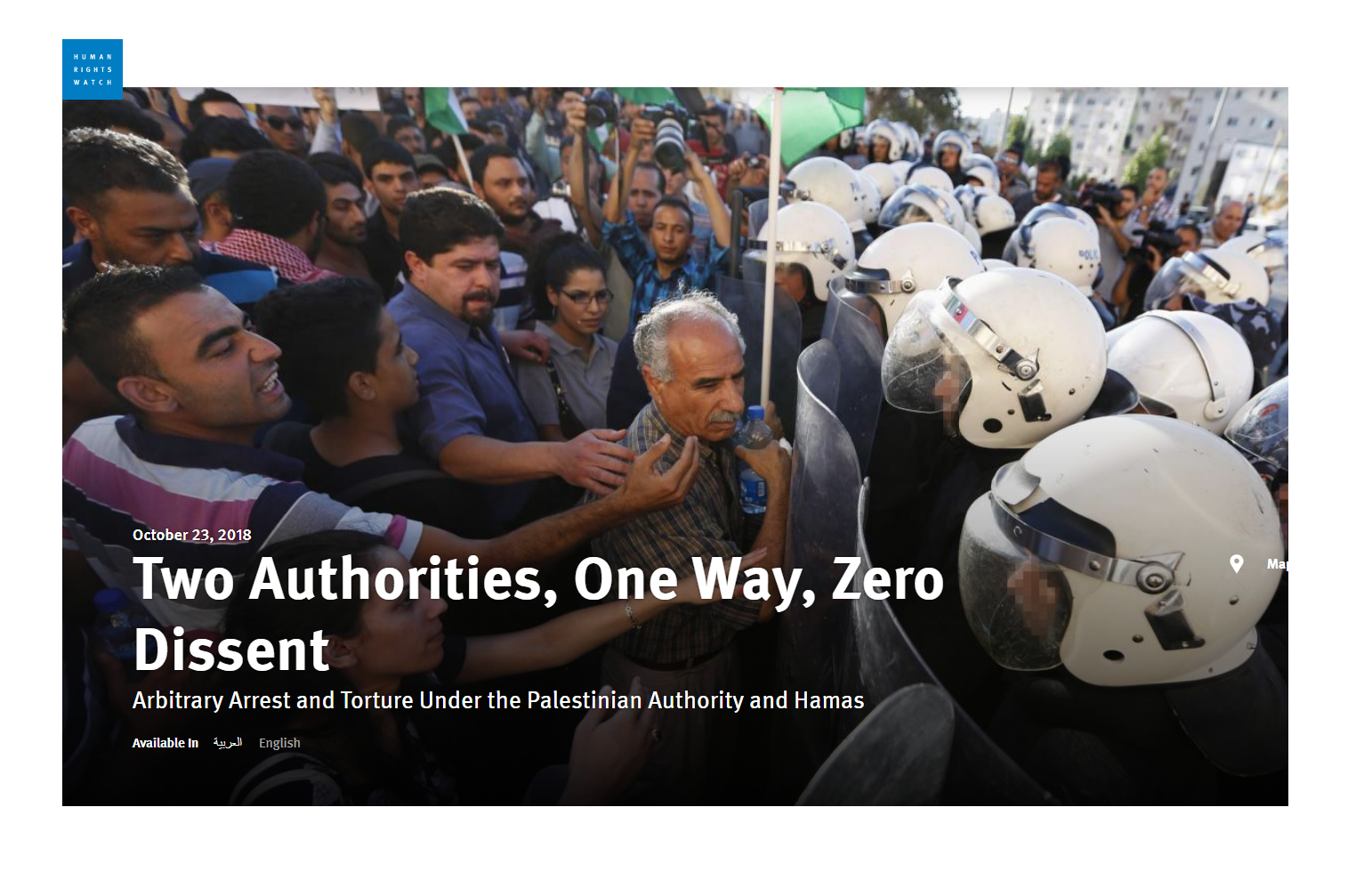 Then ask yourself if anyone who supports the Palestinians can stay silent about this and be considered sincere. When Sanders stays says nothing about this, he retards progress. His silence is tacit approval and, ultimately anti-Israel and anti-Palestinian. 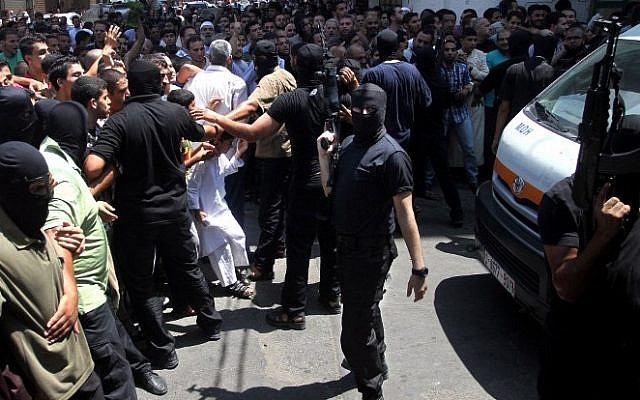 Armed Hamas paramilitary men push back a crowd of worshippers outside a mosque in Gaza City after Friday prayers on August 22, 2014, before executing 18 men for allegedly collaborating with Israel. (AFP)
About the Author
Mark Ira Kaufman majored in physics. He later worked as a studio musician for many years before turning to writing. He has been published in The Plain Dealer, The Beacon Journal, The Jerusalem Post, and Midstream Magazine. He also was writer and editor of The Mark Ira Kaufman Journal.
Related Topics
Related Posts
Comments