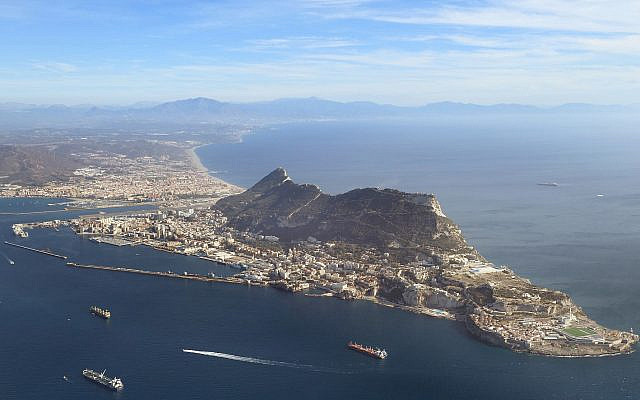 The longest and most expensive trial in Gibraltar’s history has ended in the three Jewish Marrache brothers, who ran their prestigious legal firm in the colony, being sentenced to seven and eleven years in prison for false accounting.

They have disgraced a community which first came to Gibraltar in the early Middle Ages and after they were expelled from Spain in 1492. It has served Gibraltar well though, at the time, the Treaty of Utrecht which ended the War of the Spanish Succession, specifically laid down that Jews were not to be allowed to live in Gibraltar.

Moves were set afoot to expel them. At which point the Sultan of Morocco said that if they were expelled, Morocco would stop providing Gibraltar with water and building materials, which would have been disastrous for the colony.

The reasoning of the Sultan was that he needed the Jewish community in Morocco to organise his foreign trade, because the native Moroccans weren’t capable of doing so, and he was concerned that if they were thrown out of Gibraltar, they might decide to leave Morocco as well.

The Treaty of Fez in 1721 between Morocco and Britain solved the problem very neatly. All the Jews in Gibraltar were made British and, therefore, not liable to expulsion. From then on the Jewish community in Gibraltar were the  most consistent part of the colony.

The British armed forces might be stationed on the Rock but moved on, and the Spanish only came to work there. Trade was very much in the hands of the Jews.

From 1779-1783, however, the Spanish tried to recover Gibraltar for themselves and fired 250,000 cannon shells into the colony. All the Jews  had to be evacuated and came to London to join Bevis Marks.

It was the Gibraltar dominated Mahamad lay leaders who persuaded the Chief Rabbi to issue the herem which effectively excommunicated the Secessionists, who started the first progressive synagogue in 1840.

The connection between Gibraltar and Bevis Marks has remained a strong one and the scandal of the Marraches is a great embarrassment.

I visited their offices when I was writing a history of David Pacifico, a Gibraltar man who was the head of the Jewish community in Athens in 1845. When his home was looted, Lord Palmerston sent a larger flotilla of battleships than Nelson had needed to win the battle of the Nile, to blockade the country until Pacifico was compensated. Why is another story. The firm were very helpful and translated the history of Gibraltar families for me, as they were written in Spanish.

Jews have been public figures in Gibraltar for years. Solomon Levy was the Mayor from 2008-2009. Indeed City Hall was originally built by Aaron Nunez Cardozo. The community are Sephardi and they have four synagogues for about 750 Jews. Plus their own Jewish school.

It is fortunate that the Jewish community in Gibraltar have serviced the colony well for over 600 years now. It is still a great pity that we have black sheep as well.