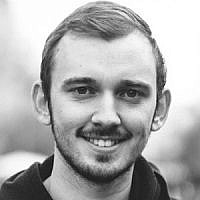 The Blogs
Hananya Naftali
Apply for a Blog
Please note that the posts on The Blogs are contributed by third parties. The opinions, facts and any media content in them are presented solely by the authors, and neither The Times of Israel nor its partners assume any responsibility for them. Please contact us in case of abuse. In case of abuse,
Report this post. 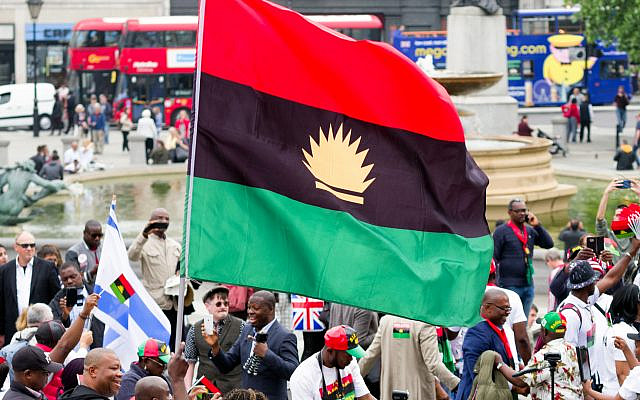 Demonstration of separatist organisation Indigenous People of Biafra at Trafalgar square on May 30, 2018 in London. (Shutterstock)

Between 2-3 million Igbo people starved to death during the Nigerian siege on Biafra. Today, Igbos are still massacred, and the world turns a blind eye to it.

Growing up in Israel as a Jew, I did not hear enough about the suffering of the Biafran people, Igbo Jews and Christians living in Africa. Seeing Igbo people waving Biafra’s flag together with Israel’s flag caught my attention. The story of the Igbo Jewish community in Biafra dates back in more than 1500 years. One of the most horrible crimes against humanity the Biafran genocide.

Between the years 1967-1970, the genocide on the Biafran people had occurred.
The newly established Republic of Biafra faced an extremely horrible genocide by the Islamist government in Nigeria that sent large force to suppress the ambition of Biafrans to live independently in their native land.

Biafra was put under siege by Nigerian forces. It caused between 2-3 million people to starve to death. While Biafrans were starving to death, most of the countries around the world saw the horrible images that came out of this genocide, and yet took no action to prevent it. It’s heartbreaking to think how many lives could have been saved if leaders took a moral role rather than a political one.

Israel however, did not stand silent. It was one of the few countries that took action for the sake of the Biafran people. Israel sent Biafra assistance to stand against those that came to slaughter them.

Even after the genocide, Israel continued to help Biafran victims with massive humanitarian aid that came both from the Israeli government and private organizations.

It’s important to remember that the Biafran genocide began in July 1967, merely one month after the Six Day War, in which Israel defeated a coalition of 13 countries that joined forces to destroy Israel. Although Israel faced its own regional challenges and enemies, it did not forget the Biafran people when they needed a friend to stand with them.

The genocide of the Igbo Biafrans, who are predominantly Jewish and Christian, did not end in 1970. It continues till this day, except for the fact that the world is even more indifferent.

As a Jew living in Israel, whose people were concentrated and sent to die in the gas chambers, shot into mass graves and faced horrible atrocities, I can’t allow myself to be silent when peoples are persecuted in our world – regardless of religion, race, location or culture.

Today, The Indigenous People of Biafra (IPOB), continue to insist on regaining freedom and independence for Biafra. They want to be free from persecution, they want self-determination and most importantly, they want peace, not conflict.

Biafrans face severe discrimination from Nigerian authorities, have a hard time to get jobs, and the saddest part is that Islamist groups in Nigeria continue to slaughter them.
Groups like Boko Haram, are raiding their villages, break into their homes, butcher them and shoots them to death, as if their lives don’t matter to anyone.

Bodies of dead Biafrans are thrown into the bushes, left in the street or buried disrespectfully. This is how radical Islamists are treating Christians and Jews in Biafra today.

We can’t stand silent. We should stand together with them.

About the Author
Hananya Naftali is a native born Israeli Jew, IDF reservist and social media influencer. He fought Hamas in the Protective Edge operation, used to live in a community in Samaria and he is popular for his videos about the Middle East conflict.
Related Topics
Related Posts
Comments
Advertisement