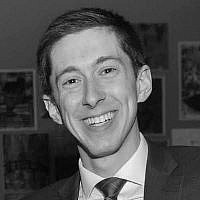 The Blogs
Dore Feith
Apply for a Blog
Advertisement
Please note that the posts on The Blogs are contributed by third parties. The opinions, facts and any media content in them are presented solely by the authors, and neither The Times of Israel nor its partners assume any responsibility for them. Please contact us in case of abuse. In case of abuse,
Report this post. 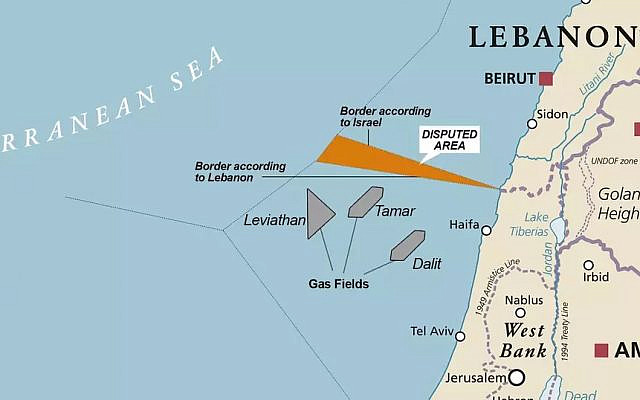 If Lebanon’s economy deteriorates further, one silver lining might be the collapse of Hezbollah (Arabic for Party of God). That collapse would serve important US interests, but American officials are working to stave it off. They should reconsider.

The US administration is pushing for a maritime boundary deal between Lebanon and Israel. If achieved, it would provide a political and financial windfall to Hezbollah.

Hezbollah is a terrorist organization. It serves as a proxy of the Iranian regime, and it dominates the Lebanese government, oppressing the Lebanese people, by controlling two-thirds of the cabinet. All of these points are arguments for why the United States should be seeking ways to constrain rather than enrich Hezbollah.

The Lebanon-Israel maritime dispute began a decade ago after Israel discovered significant natural gas deposits off its coast. The US Geological Survey estimated that 122 trillion cubic feet of recoverable gas is in the offshore region near the Lebanon-Israel border. Israel has since become energy self-sufficient and is a gas exporter. Lebanon, lamentably ill-governed, started drilling only last year and has yet to discover commercially viable fields.

Today, Lebanon’s economy is in shambles. The Hezbollah-controlled government in Beirut is desperate for a political victory, which the maritime boundary agreement would provide. Its officials are eager for foreign investments, which resolving the boundary dispute would encourage. If Lebanon’s offshore gas resources were now harnessed, Hezbollah and its allies would claim credit and boast that they are the benefactors who are bringing the country a stable fuel supply and cheap electricity.

Resolving the maritime boundary dispute with Israel has obvious, huge potential for political benefits for Hezbollah. But Hezbollah officials worry out loud about dealing with Israel. They are dead set against “reconciliation” or “policies of normalization” with Israel. They are seeking ways to fix the maritime boundary without being accused of softening their anti-Israel position. The United States does not have an interest in helping Hezbollah pull this off.

Lebanese will vote in March for the first time since large-scale street protests in 2019 and the 2020 Beirut port explosion that killed 218 and for which many blame Hezbollah. Many Lebanese are furious with the government and resent that Hezbollah has commandeered it over the last generation. The Lebanese currency has lost 90% of its value in the last two years and voters’ savings have disappeared. Blackouts and shortages of basic goods immiserate the mass of the people. The public mood favors “throw the bums out” election results. It was captured in the slogan, common at the 2019 mass demonstrations and directed against Lebanon’s entire political class: “All of them means all of them.”

As Lebanon’s electorate considers ousting Hezbollah and its political partners for ruining the country, why should the US government exert itself to make them look successful? Axios reported that US President Joe Biden’s mediator wants to resolve the boundary dispute before the elections.

The United States would be better off doing nothing until the election and possibly beyond. Let the public’s frustration towards Hezbollah’s corrupt coalition build over the next six months. If that produces a government free of Hezbollah influence, US officials might want to resume their mediator role. More likely, however, Hezbollah will not relinquish political power, no matter how the vote turns out. If that occurs, the Biden administration should drop its promotion of the maritime boundary negotiations.

Some US officials contend that American support for Lebanon’s government undermines Hezbollah. They believe that Hezbollah and Lebanon’s official organs are somehow distinct. But that is not the case. In the last 15 years, the US has provided billions of dollars in military and economic aid to Lebanon while Hezbollah and Iran’s influence there has increased. Hezbollah’s political alliance in Lebanon has controlled five of the last six cabinets. In 2016, its Christian ally Michel Aoun was elected president just as US economic assistance to Lebanon increased nearly 30%. That hardly demonstrates American resolve to roll back Iranian influence.

Washington can stay engaged in Lebanon even while bypassing Beirut’s official institutions altogether. The US and its Western partners now have an opportunity to work with anti-Hezbollah people and institutions in civil society, according to Lebanese scholar Hanin Ghaddar. She has observed that Hezbollah’s Shiite support base is shrinking, in part because it cannot deliver popular social services. That is because it has exhausted its resources through pricey military operations in Syria, and because US sanctions have limited Iran’s ability to provide subsidies.

If Ghaddar is right, resolving the maritime boundary dispute would do more harm than good. It would reinvigorate the cash-strapped Party of God, boost its reputation and increase its finances.

American support for the Lebanese people is an admirable element of a relationship that dates to the arrival of the first Christian missionaries in the Mount Lebanon region in the 1820s. But because the Beirut government is endemically corrupt and under Hezbollah control, the United States cannot alleviate Lebanon’s suffering right now. American involvement in Lebanon should aim to relegate Hezbollah to the margins of Lebanese politics and society, which requires withholding support from state institutions. Promoting resolution of the Lebanon-Israel maritime boundary dispute may be a worthy activity at some point, but not now.

This article first appeared in RealClearWorld on November 23, 2021, with the title, “Biden Should Not Try to Resolve Lebanon-Israel Dispute.”

About the Author
Dore Feith is a Public Interest Fellow. He was a special assistant to the Deputy Administrator of the U.S. Agency for International Development from 2019–2020.
Related Topics
Related Posts
Comments