Yesterday, American rap star, “Juice Wrld”, died in Chicago, Illinois. He was only 21 years old. My heart hurts for this tremendous loss of life. This essay was inspired by both Juice Wrld and the late rapper, XXXtentacion.

In Israel, the rap group “Subliminal” have a long history of hit songs such as “Uri ha-Katan” (Little Uri). Their aggressive lyrics and pounding beats make them pioneers of Israeli hip hop. While I was serving in the Israeli military, my fellow soldiers and I loved listening to Subliminal. We would dance prior to performing guard duty on the Golan Heights.

The questions I now ask myself are: What can I give to Israeli and Jewish culture? What can I do to inspire Jewish and Israeli youth? How can I use hip hop and rap music to inspire faith in the God of Israel?

As an Israeli-American, I have decided to crown myself as a “rapper” and “hip hop artist” with the stage name, “21 Rothschild“. I chose this name because I was inspired by young rapper, 21 Savage. I was also inspired by the Rothschild banking dynasty. 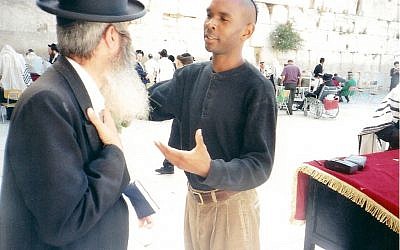 Barack Mandela has launched a rap music career with the stage name “21 Rothschild”.

As a rapper, I intend to rap about Jewish subjects and Israeli-oriented subjects such as peace, secular vs. religious relations, Sephardic-Ashkenazi relations, Ethiopian Israelis, and Jewish prayer. My spiritual inspirations are the Lubavitcher Rebbe Menachem Mendel Schneerson and Rabbi Nissim Karelitz, whom I met in B’nai Brak.

“Israel fights for right/As we storm into the night

It’s plain and simple/We must rebuild the Third Temple

With Jewish power, we will create a lasting peace

Then, all hate and violence will cease

You see, the cycle of hate is a trap

I firmly suggest that Israeli musicians and singers launch a “Peace in Israel” festival to promote peace and human rights in Israel. Artistic endeavors such as music and song can touch our souls and help bring peace to the Middle East.