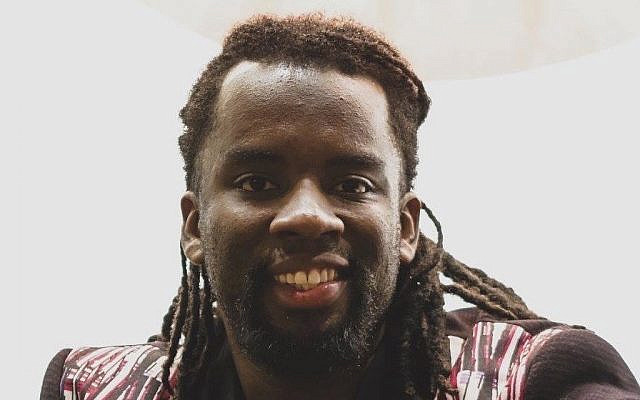 “There is a difference between Black Lives Matter and the Movement for Black Lives,” is the argument that is often made. However, it seems that the only people making that argument are non-BLM members. Personally, I have never heard that argument coming from anyone from BLM or M4BL, and that’s probably because it isn’t true. Not only is the argument not true, the organizers of both entities make it clear that they are connected to every ‘liberation’ group that is aligned with their values. The very concept of intersectionality is that our struggles for justice connect us to a larger, interdependent struggle against issues like white supremacy. There is no evidence to suggest that BLM chapters do not share M4BL’s goals, but there is plenty of evidence to suggest they are one and the same.

In December 2019, BLM co-founder Patrisse Cullors stated in an Al Jazeera interview that:

We realized we need to take our (Palestinian) solidarity a step further. We need to be more public. And so one of the first delegations that went to Palestine was led by the Dream Defenders. It was folks from Ferguson, folks from Black Lives Matter, folks from Dream Defenders, and we went on a solidarity trip… And [we] took several delegations to Palestine after that, and I think in some ways have been laying the foundation for the more public face in solidarity. And I think it’s been incredibly powerful for our movement.

Eight months ago, Cullors said BLM was, “laying the foundation for the more public face in solidarity.” Using her words, and the words of numerous BLM leaders and affiliate organizations, this article will show exactly what Cullors means.

A friend of mine from the Atlanta Israel Coalition invited me to tune in with her to a Zoom event that was hosted by an organization called Demilatirize! From Atlanta to Palestine. The event’s sole purpose was to vilify Israel by seeking to link police brutality in Atlanta (and the greater US) to the Jewish state. Demilitarize! From Atlanta to Palestine opposed the Georgia International Law Enforcement Exchange (GILEE) by using baseless accusations and empty platitudes to make the conclusion that Israeli police forces teach the US police department to oppress minorities. Detractors of GILEE claim that Israel taught Derek Chauvin to kneel on George Floyd’s neck, when that is not even a tactic Israeli Police have ever used, let alone teach. The other missing element in these efforts is that the US police departments works with many other countries, so to attribute police brutality in the US to Israel and only Israel is not only wrong, it is antisemitic. Not to mention the fact that US police brutality predates modern day Israel. Nevertheless, groups like the Demilitarize! From Atlanta to Palestine focus solely on Israel, creating problems where there are none.

Another event that happened in June was Linda Sarsour’s Muslims for Abolition event in New York City that stated on the poster, “open to all, minus cops and zionists.” The event’s purpose was to advocate for the defunding of the NYPD. Black Lives Matter shares that sentiment, as it has been working to ban police departments who train in Israel. Durham, NC and Minneapolis, MN are two big examples of these successful efforts led by BLM just this past June. In the same month, in Washington DC, Black Lives Matter, along with other groups came together to protest Israel, chanting “Israel, we know you, you murder children, too.”  The article notes:

The march, from the Lincoln Memorial to the Capitol building, was led by a Harvard student, Christian Tabash, who read a poem about Israel’s crimes against Palestinian Muslims, according to the Examiner. The poem referred to Israel as “puppet master of continents,” an age-old conspiracy theory that Jews run the world.

Fairfax, Los Angeles is another prominent example, as one of BLM’s most senior organizers, Professor Melina Abdullah, led the rally that turned into a violent demonstration against one of the oldest Jewish communities in LA. The synagogue and Jewish owned stores were vandalized, and the violence was so bad that Rabbi Shimon Raichik, a Chabad Rabbi in Los Angeles, wrote:

It’s no coincidence that the riots here escalated in Fairfax, the icon of the Jewish community. I saw the Watts and the Rodney King riots. They never touched a synagogue or house of prayer. The graffiti showed blatant antisemitism. It’s Kristallnacht all over again.”

Many in the Jewish community have expressed their desire to support BLM, but hesitate as obscenities about the Jews are found spray painted on Jewish schools, stores, and synagogues.

At the Women’s March, Thandiwe Abdullah, her daughter, now the co-founder of the BLM Youth Vanguard, had said that as a, “black Muslim girl, it is very important to me that Black Lives Matter also values the lives of the Muslim women in Palestine’ and accused Israel of ‘genocide.”

This is what M4BL and BLM founder Patrisse Cullors meant when she said they were “laying the foundation for the more public face in solidarity.” This is not a clandestine operation. BLM leaders are very open about what their agenda is and how they want to carry it out. Further, when Cullors referred to the place they traveled to as ‘Palestine,’ she was implying that all of Israel is illegitimate, as the delegation she spoke of went to Nazareth, which is not a Palestinian territory, but a city in the State of Israel.

Again, these are the words of BLM leaders and founders. They are very clear. What is even more concerning is that the antisemitism of M4BL and BLM are part of a rising Jew-hatred coming out of segments of the black community over the past several years:

The movement organizers today are our policymakers of tomorrow. And because BLM has received so much attention and support from large corporations, prominent politicians, and other people of great influence, BLM is already making policy changes in the US. In the examples listed above, Black Lives Matter enjoys the support of each of the people linked.

If the Zionist community thought that BDS (Boycott, Divestment, and Sanction against Israel) was an issue, Black Lives Matter is an infinitely bigger issue. The reason for this is influence. The average person has no idea what BDS is, but virtually everyone knows exactly what BLM is, and it has already done more damage to US Israel relations than BDS ever could. BLM uses the same language against Israel as BDS does, but enjoys a much larger audience and is taken much more seriously. Since its forming in 2013, it has become a cultural and political phenomenon, and though it may be true that there are some independent BLM chapters that do not share the exact same antisemitic positions, that does not take away from the crux of this problem in the slightest. The chapters making the biggest impact are the ones causing the most problems. Furthermore, no one within the movement is speaking out against the Jew-hatred. No one is vocally distancing themselves from the antisemitic rhetoric. And no one has stated that they are separate from M4BL or anyone that bears their name with an anti-Jewish message. The only ones making those claims are BLM apologists who apparently are not doing the listening they tend to demand from others.

Some in the Jewish community tend to take the, “it’s not about us” position, conveying that BLM is about black oppression, and that Jews should not taint it by focusing on how it affects the Jews. While that seems noble on the surface, it is not an advisable approach. No other ethnic group would discuss, nor be expected to join an organization that had animosity for that ethnic group in word and deed. And it would not be on that ethnic group to ignore the hatred or try to find the ‘good parts’ of that organization, nor should it be on the Jewish community to ignore the Jew-hatred or try to find the ‘good parts’ about BLM. It should be on BLM to disavow the Jew-hatred and reaffirm their welcoming of anyone in the Jewish community who is against police brutality. That is the standard we would have for anyone else, and it should not change for BLM. When an organization takes positions that are against Israel’s very existence, it very much becomes about the Jews. It is about the Jews because the leadership of BLM continues to make it about the Jews. No one is asking that BLM become a Zionist organization; we are only asking that they keep Israel and the Jewish people out of their rhetoric. If you don’t want Jewish people “making it about them,” then don’t make it about them.

What we are seeing now with Jew-hatred in BLM is merely, “laying the foundation,” according to M4BL and BLM founder. If that is all this is, one shudders to think of what a more fully formed BLM structure will look like for the Jewish people. This will only get worse, and why wouldn’t it? Some prominent activists have successfully linked being against the Jewish people to being a civil rights proponent. They have made Jew-hatred more legitimate, even essential, in bending the arc toward justice. The ones at the forefront of this movement are using a great deal of propaganda and disinformation in exploiting the black community as a prop for antisemitism. This can only be successfully countered by an education-based Israel advocacy, and a commitment to true justice. This is a central purpose for the existence of the Institute for Black Solidarity with Israel (IBSI). I have much more on the topic of education in my previous article.

Finally, I will add that BLM may be the loudest voice, but it does not represent the majority of black America, and it does not address the most important issues facing disenfranchised black communities across the country. If the reader is inquiring about alternative ways to help, one of the many effective organizations is the Woodson Center. If one is dismissive of alternative, non-BLM ways of helping the black community, perhaps helping the black community is not truly the focus. An ‘ally’ is not really an ally if their concern is themselves. Before one can help someone else, they must be willing to listen.

This is a moment in our nation in which we must be willing to listen.