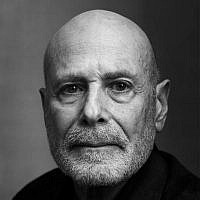 The Blogs
Barry Rosen
Apply for a Blog
Advertisement
Please note that the posts on The Blogs are contributed by third parties. The opinions, facts and any media content in them are presented solely by the authors, and neither The Times of Israel nor its partners assume any responsibility for them. Please contact us in case of abuse. In case of abuse,
Report this post.

Forty-three years ago (the precise anniversary was Friday), Americans from coast-to-coast woke up to the realization that the Iranian regime, which had denounced the United States as the decadent and evil “Great Satan” had taken over the US Embassy and was holding 52 American hostages. How times have changed. Today, while the words remain the same, some leading Iranian officials have sent their children to live, study, and work in the US and other Western countries and thereby benefit from the freedom and prosperity that their parents deny to the people of Iran. As Iranians risk their lives to demand their rights, Western governments should stop tolerating Tehran’s hypocrisy and send these privileged offspring packing.

Children should not be punished for the sins of their parents, but neither should they be rewarded for those very sins. One in two Iranians live in poverty, but regime elites can afford to send their progeny abroad because they profit from an “Islamic Republic” that systematically oppresses its people. In short, these children’s bills are paid for by blood money. Instead of hosting scions of government officials, the US, Canada, and other Western countries should grant those entry visas to Iranians struggling to survive under the yokes of destitution and dictatorship.

Showing these children out will take some doing. In June, the Islamic Revolutionary Guard Corps (IRGC), a US-designated Foreign Terrorist Organization, claimed that some 4,000 children of regime leaders, past and present, live in the US, Canada, and Europe. Iran’s Headquarters for the Promotion of Virtue and Prevention of Vice asserted similar figures in August.

The best place to start would be with two of the most glaring examples: Eissa Hashemi and Hamid Rezazadeh.

Hashemi was granted an F-1 student visa nearly a decade ago, and today he works in California as a consultant specializing in organizational leadership, personal development, and diversity and inclusion. His mother is the immediate past vice president of Iran for women and family affairs, Masoumeh Ebtekar. I and my fellow surviving hostages from the Iran Hostage Crisis knew Ebtekar as “Mary.” 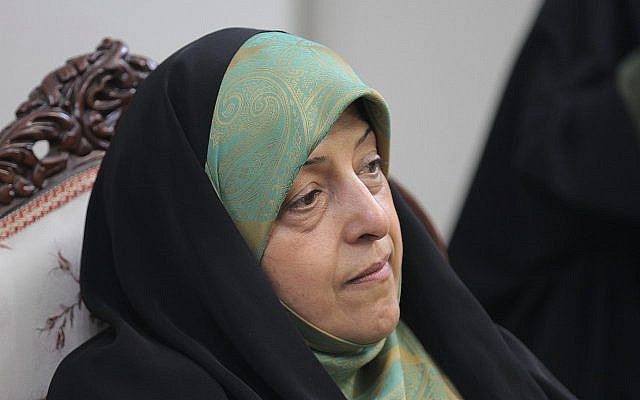 According to Radio Free Europe / Radio Liberty, Ebtekar used her fluent English, gained from her own upbringing in Philadelphia as the daughter of an Iranian studying there, “to outline [to the cameras] the positions, demands, and threats of the hostage-takers’ group… repeatedly and unabashedly explain[ing] her hatred for the United States.” Later, she wed one of the hostage takers, a “former deputy intelligence minister turned businessman.” Yet Ebtekar and her husband have sent their son to the US, and Washington let him in.

Hami Rezazadeh’s mother, Ensieh Khazali, is Ebtekar’s successor in office. According to his family, Rezazadeh is the founder of a Canada-based company that sells virtual private networks (VPNs). Ironically, Iranian protesters are using VPN technology to circumvent the regime’s internet blackouts.

It has also been reported that Kobra Khazali, the chair of the women’s commission of Iran’s extremist-dominated Supreme Council of the Cultural Revolution, has a child that has been living in the US for several years.

These women worked to advance policies that are in direct conflict with the beliefs and goals of the Iranian protest movement. They helped to enforce the regime’s decades-long policies of gender apartheid; stood by while the so-called ‘morality police’ brutalized women for showing their hair; and, in the case of Ebtekar, began her illustrious career in public service by inflicting lifelong trauma on American diplomats held hostage for 444 days. Why are their children welcome on US and Canadian soil?

For the sake of the Iranian people and to defend our own values, it’s time to send the children of Iranian officials a simple message: “You don’t have to go home, but you can’t stay here.”

About the Author
Barry Rosen is a survivor of the 1979-1981 Iran hostage crisis, a senior adviser at United Against Nuclear Iran, and convener of the Iran Threat Commission On Hostage Taking And Targeting Of Civilians.
Related Topics
Related Posts