Edited by Lawrence Kaplan, Associate Professor of Jewish Studies at McGill University, the book is based on the lecture notes from 1950-1951 by his student Rabbi Yaakov Homnick. While primarily a Talmudist, the Rav was one of the foremost Jewish philosophers of the 20th century. Besides being a world-class Talmudist, philosopher and halachic authority, the book shows The Rav to also be a superb commentator on the Guide. 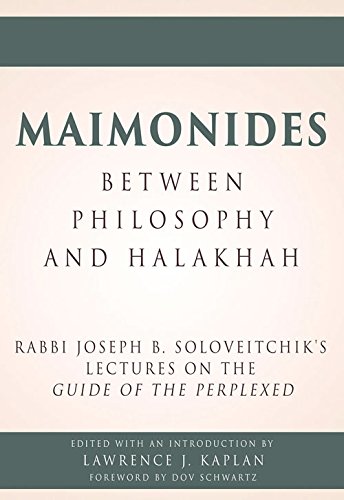 The first part of the book is Kaplan’s introduction to the Guide. To which his introduction provides a superb preamble to the Maimonidean worldview.

The Rav observed that the Guide is not designed for people who have spiritual doubts. Rather it’s for the person who is fully convinced of the cogency of both the validity of the Torah and the sciences of the philosophers; but is unable to reconcile the universal philosophical experience with the Jewish revelatory one.

The Rav further observed that if a person possesses a great religious experience, the Guide can deepen it. But nowadays the Rav states, the Guide cannot help the person who is seeking a spiritual conversion.

In his reading of Maimonides, Kaplan elucidates numerous novel points the Rav makes. Is the overall discussion of divine attributes according to Maimonides, the most important point as the Rav sees it is that is hesed, loving-kindness. He uses that as a way to explain how the Rav understood the ethics of imitatio Dei, the imitation of God.

Why did The Rav give these lectures in the first place? In his superb review of the book, Alan Brill writes that it was to show the continuous relevance of philosophy for the understanding of Torah and the relevance of Maimonides. The goal was also to show the importance of Torah study for Maimonides despite the explicit vision in The Guide.

As a student of the Rav, Kaplan occasionally writes that there are times where he thinks the notes were actually incorrect.

This book is far from an easy read and is best suited for someone well-grounded in Aristotelian and Jewish philosophy. For others, such as this reviewer, who lack that level of philosophical knowledge, the book is still a valuable guide to understanding Maimonides’ philosophy. For that, we must be thankful to the Rav for his lectures, and Professor Kaplan for bringing it to print. 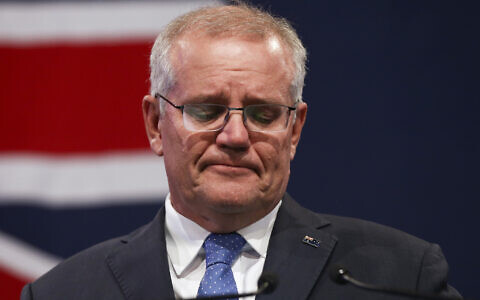 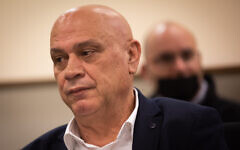 In the Negev, a new breed of vintners are making the desert bloom
Jessica Steinberg
Advertisement