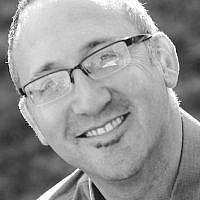 The Blogs
Justin Kron
Apply for a Blog
Please note that the posts on The Blogs are contributed by third parties. The opinions, facts and any media content in them are presented solely by the authors, and neither The Times of Israel nor its partners assume any responsibility for them. Please contact us in case of abuse. In case of abuse,
Report this post.

It’s that time of year when Christians around the world are singing Christmas carols to commemorate the Incarnation of God’s Son. But for some Palestinians there is a declaration in one of the most well-known carols that may be a bit hard to swallow, if not impossible.

In The First Noel carolers are beckoned to proclaim:

Born is the King of Israel!

I don’t have any hard evidence for it, but my guess is that this carol is not a popular selection at Palestinian Christmas cantatas, especially considering that the rhetoric of Palestinian leaders frequently contend that Jesus was a Palestinian born in Palestine.

Forget the fact for a moment that such claims grossly mischaracterize the Jewish character of Jesus and the historical record, statements like these should be seen as obvious attempts by some to rewrite ancient history so as to bolster the Palestinians claim to the entirety of the land and undermine that of the Jews.

I suppose that I shouldn’t be surprised by this, as biblical literacy among those who identify as Christians remains on the decline. But even if it were to go up, I’m not sure it would make much of a difference considering that for millennia both Christians and non-Christians alike have traditionally reframed the context and content of the New Testament into a non-Jewish narrative.

What people often fail to recognize is that the writers of the New Testament were practicing Jews who continued to identify and live as Jews even after they arrived to the conclusion that Jesus was the promised Messiah foretold by the Hebrew prophets. In essence, the New Testament tells the story of an in-family debate among Jews about who Jesus is. The mission and message of Jesus, while always intended to incorporate non-Jews from every nation, doesn’t enter into the biblical narrative until approximately 30 years following his life when a Roman centurion by the name of Cornelius becomes the first convert to the people of The Way (Acts 10), who would later become known as Christians.

Further confusing Christians about who the Palestinians of today are with the people who lived there during the time of Jesus is the glaring revisionism in many biblical maps that are found in the appendix of most modern editions of the Bible, which have traditionally labeled the territory as Palestine.

Last year I had a conversation with a woman at a progressive Evangelical church in Chicago who, with no malice intended, stated that Jesus was a Palestinian. When I probed a bit further as to what led her to that conclusion, she said—“The map in the back of my bible shows that he lived in Palestine.”

Her rationale was both comical and disconcerting to me, but mostly the latter. Although there were ancient writers (e.g., Aristotle, Philo) who used the term Palestine to refer to that region, nowhere do the writers of the New Testament ever refer to the land as Palestine or to Jesus or themselves as Palestinians.

For example, we’re told in Matthew 2:19 that an angel of the Lord appeared to Joseph in a dream and said—“Get up, take the child and his mother and go to the land of Israel” (emphasis added). It wasn’t until 135 A.D., following the failed second Jewish revolt, that the Roman Emperor Hadrian officially imposed the name Palestine on the land of Israel, thus humiliating the Jewish people by naming it after their ancient enemies, the Philistines (not to be confused with the Palestinians).

Therefore, the legitimacy of any assertion that one’s ancestor might have baby-sat for Jesus or that Jesus was a Palestinian is nothing more than an effort to blur the lines between the Arab Palestinians who live in the political territories of Gaza and the West Bank today with the people who lived there during and before the time of Jesus. They are not the same, no matter how frequently or endearingly those claims are made.

The goal of such claims should be seen for what they are—an attempt to steer the affection and support of unsuspecting Christians away from Israel and toward the Palestinian liberation movement.

In principle, supporting the aspirations of the Palestinian people who want to live in peace and security next to Israel is a noble cause, but the solution to that quest cannot incorporate blatant or subtle attempts to undermine the historical connection that the Jewish people have to the land. But that is in fact what many Palestinians are attempting to do.

If you’re not sure about this, you might just want to ask them to sing The First Noel with you and see if their lips are moving when it comes time to declare…

Born is the King of Israel!

About the Author
Justin Kron is the founder of the Kesher Forum, an inter-denominational gathering for Christians who are interested in learning more about Jewish culture and building bridges with their Jewish friends and neighbors. He is also the founding director of eXperience Israel, a spiritual pilgrimage program for Christian young adults, and he frequently speaks to various groups throughout the U.S. about the Jewish heritage of the Christian faith.
Related Topics
Related Posts
Comments