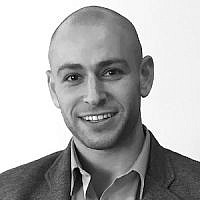 The Blogs
Ari Heistein
Apply for a Blog
Advertisement
Please note that the posts on The Blogs are contributed by third parties. The opinions, facts and any media content in them are presented solely by the authors, and neither The Times of Israel nor its partners assume any responsibility for them. Please contact us in case of abuse. In case of abuse,
Report this post.

ISIS has embarked on a campaign to destroy Iraqi antiquities.  They have looted and bulldozed numerous historical sites including Hatra, Nimrud, Khorsabad, and the Mosul Museum.  The motivation for looting is clear—it has yielded tens of millions of dollars and is thought by some to be the second largest revenue source for ISIS after oil.

But what of the profitless destruction of ancient Iraqi artifacts?  Certainly the most obvious reason for the demolition of pre-Islamic sculptures and cities is religious in its aims. “Since Allah commanded us to shatter and destroy these statues, idols and remains, it is easy for us to obey… even if this costs billions of dollars,” said one perpetrator of this crime against history in a video from the Mosul Museum.

This would hardly be the first instance of religiously motivated destruction of priceless artifacts.  According to Professor Eckart Frahm of Yale University, one example of similar behavior can be seen among the early Christians in Egypt, who destroyed many monuments from the pharaonic period that they deemed to be idols.  More recently, in 2001, the Taliban demolished 1,700-year-old statues of Buddha in Afghanistan.  According to the Taliban’s foreign minister, “We do admit the relics were the cultural heritage of Afghanistan, but the part that contradicts our Islamic beliefs we would not like to have them anymore.” Yet, at the same time it is hard to understand why an organization that is fighting a multi-front war would prioritize the destruction of ancient religious objects that have not been worshiped for hundreds or thousands of years, if ever.

To my mind, the primary motivating factor is a religious intent to effect change in the political sphere. The ISIS ideology is one which rejects nationalism and national boundaries, but believes in consolidating all Muslim lands under the rule of the Caliph. When examining the policies and political discourse of modern Iraq, it is clear that the pre-Islamic civilizations have been indispensable as a means to build the Iraqi national consciousness, and thus ISIS took it upon itself to destroy the tangible foundations of the Iraqi nation by targeting ancient historical sites.

Why did the Iraqi national consciousness need reinforcement? The population’s sense of national unity has always been tenuous—it is a country composed of different religious sects (Sunnis and Shias) and ethnic groups (Arabs, Kurds, and Marsh Arabs). Until 1918, the land that is now Iraq was divided into several different Ottoman administrative districts, and it was ultimately the British who drew Iraq’s national boundaries.  Throughout the history of modern Iraq, the religious and ethnic fault lines have caused tensions and occasionally even rebellions. Because of the modern day differences in cultural norms and religious practices that exist among the Iraqi population, the country’s leadership has tried to instill a sense of cohesion and national unity by harking back to a source of pride far removed from questions sectarian or ethnic tensions of the modern day.

Already in 1921, King Faisal I’s coronation speech glorified the pre-Islamic civilization in Iraq as a means to create a sense of national pride:

“Oh noble Iraqis, this land had been in past generations the cradle of civilization and prosperity, and the centre of science and knowledge.”

This was a sentiment that he would repeat in a later speech:

“I have faith in the Iraqi nation, the sons of those grandfathers, that they will return to [the glory of] … their grandfathers.”

While King Faisal invoked the glory of ancient civilizations that flourished thousands of years earlier as a means to encourage national unity and cohesion, this was greatly intensified decades later under the Ba’thist regimes from 1968-2003.

Ba’thist ideology (which took strong hold in Syria and Iraq) was one that emphasized the importance of nationalism and pan-Arabism over religious differences. According to Baram’s article “Territorial Nationalism in the Middle East”:

A few months after they came to power in Iraq in July 1968 as a result of a military coup d’etat, the Ba’th Party, the most radical pan-Arab political body in the contemporary Arab world started showing signs of growing fascination with Iraq’s particular pre-Islamic and pre-Arab history.

Indeed, it didn’t take long for this fascination with ancient civilization to dramatically influence the cultural and physical Iraqi landscape.

In 1970, the Ba’thists renamed administrative districts in reference to the ancient civilizations that had existed there: the al-Hilla and Mosul districts became Babylon and Nineveh respectively. In 1980, the legislative building where the National Assembly met was renamed the Hamurabi Building. Discourse among intellectuals was also influenced by the Ba’thist currents. Baram writes:

In many places, ideologues and researchers, when meaning Sumerians, Babylonians, etc. have used equivocal expressions like “the Iraqi woman”, “the Iraqi man”, “our great ancestors” (but also predecessors: aslafuna, salaf), and at times, “our ancient grandfathers”, and similar expressions, referring to a blood-connection (ajdaduna al-qudama’, aba’una, al-judud).

With Saddam’s authoritarian regime behind it, Ba’thist ideology and Iraqi nationalism influenced everything from the mundane administrative aspects of Iraqi society to the intellectual discourse.

Furthermore, the Ba’thist obsession with glorifying the ancient civilizations translated into a boon for the archaeological community. Baram’s study explains:

Under the Ba’th, archaeological research and other activities were given unprecedented priority. Having been allocated much larger sums of money than in the past, Iraqi archaeologists embarked on a series of excavations, the most prominent of which was the Himrin Basin project. Ideologically more important, however, were the large-scale projects of building, and substantial enlargement of museums all over the country, and of the “resurrection” of ancient, long-vanished, cities, Hatra, Assur and Nineveh, being only the more conspicuous examples of this archaeological thrust.

President Hussein spent millions excavating archaeological sites and reconstructing ancient palaces (some of this reconstruction actually harmed ancient ruins, an aspect of Saddam’s policy that was not favored by archaeologists). For example, in the 1980s, he spent $5 million dollars reconstructing Nebuchadnezzar’s ancient palace in Babylon with bricks inscribed with high praise for the Iraqi President. The bricks, which read “In the era of President Saddam Hussein, the President of Iraq, God preserve him who rebuilt Babylon, as protector of the great Iraq and the builder of civilization,” mimicked the inscriptions on bricks used by Nebuchadnezzar thousands of years ago. Because Iraq was engaged with a war against Iran at the time of this project, and most able-bodied men were on the front, Iraq imported over one thousand laborers from Sudan to complete the construction.  Also, bear in mind, that this was took place during the Iran-Iraq war, which emptied Saddam’s coffers and put Iraq $80 billion in debt.  Nevertheless, funds were allocated towards archaeological excavation and reconstruction projects. Years later, as means to prevent the looting and smuggling of archaeological relics of Iraqi history, Saddam made the smuggling of antiquities punishable by death. It is no wonder he developed a reputation “as a faithful steward of Iraq’s archaeological heritage.”

Thus the Iraqis were transformed by Ba’thist mythology into Babylonians, and Saddam (humbly) assumed the role of the reincarnation of Nebuchadnezzar.  In 1996, the Iraqi government hung up posters declaring ”from Nebuchadnezzar to Saddam Hussein, Babylon invokes its glory on the path of jihad and glorious development.” While this put Saddam in the company of greatness, it also may have inadvertently offended the Islamic sensibilities of some.  In much of the canonical Muslim literature, Nebuchadnezzar was sent by God to deal a painful blow to the Children of Israel for straying from the righteous path, but this hardly makes the Babylonian king a hero in the Muslim mind—he is more of a necessary evil. This discomfort simply compounded upon the apprehensions that many pious Muslims felt about the Ba’thist glorification of jahili, or pre-Islamic culture.

It is well known that long before [the rise of] Islam Hamurabi’s laws set an example to others, and that the civilizations of Babylon, Assyria and Sumer [!] were the cradle of world civilization. This is how you Iraqis were five thousand years ago. Today you are called upon to revitalize this eternal heritage by establishing a new civilization … for Iraq, . . . the Arab nation and the world at large.

With the decades of Iraqi Ba’thist indoctrination in mind, it is no wonder why ISIS finds it to be critical to destroy these early relics. ISIS doesn’t believe in national boundaries, but rather aims to create one Caliphate that incorporates all Muslim countries. Thus, in order to un-do all of Saddam’s work instilling a sense of territorial nationalism in the patchwork of Iraqi people, ISIS is making sure that the historical artifacts, remnants upon which the Iraqi national project was founded, are demolished. Ironically, through the destruction of evidence to the contrary, the jihadi-salafis are trying to reaffirm  the greatness of the Islamic rather than the Iraqi civilization .

About the Author
Ari Heistein is a Research Fellow and Chief of Staff to the Director at the Institute for National Security Studies (INSS) in Israel.
Related Topics
Related Posts
Comments