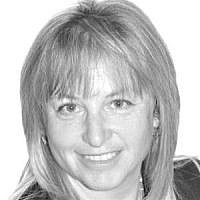 The Blogs
Alison Fisch Katz
Don't ask why something happened; ask what for
Apply for a Blog
Advertisement
Please note that the posts on The Blogs are contributed by third parties. The opinions, facts and any media content in them are presented solely by the authors, and neither The Times of Israel nor its partners assume any responsibility for them. Please contact us in case of abuse. In case of abuse,
Report this post.

Here we go again. Out-of-context reporting. FYI — hostilities between Israel and Palestinian Islamic Jihad (PIJ) did not begin on Friday with Israel’s pre-emptive assault, Breaking Dawn. It began on Monday night with the arrest of senior PIJ commander in the West Bank Bassam Al-Saadi. Let’s begin with the PIJ itself. This group exists side by side with Gaza’s ruling Hamas, both internationally recognized as terrorist organizations. Islamic Jihad has direct financial and military support from Iran with rocket capabilities superseding that of big brother Hamas to the extent that it often undermines Hamas’ authority in the strip. Its aim is to establish an Islamic Palestinian state in the West Bank, Gaza, and all Israeli territory.

Bassam Al-Saadi has been in and out of Israeli prisons for two decades. Recent intelligence provided information that he has been radicalizing PIJ members and expanding the group’s arsenals and reach inside Israel ready for attacks against its citizens. The Guardian reported: “Islamic Jihad had in fact not responded to the arrest of Al-Saadi, one of the organisation’s most senior figures, and had instead made demands for proof that he had not been mistreated, as well as demanding the release of several detained militants and an end to the blockade of Gaza.” This is misinformation, misdirection, and basically a lie. Islamic Jihad most certainly did respond by threatening the Jewish communities near the Gaza border with rocket fire in retaliation for the arrest. That lie was further supported by this: “Earlier in the week, Israeli forces cleared areas near the Gaza Strip in preparation for possible retaliation for their capture of Islamic Jihad’s commander in the West Bank, Bassam al-Saadi, in a raid in Jenin on Monday.” There was no ‘clearing’ of the areas near the Gaza Strip – whatever that means. All of the communities located within rocket range of the border with Gaza were placed under protective curfew in anticipation of PIJ reprisals. Imagine – some 55,000 citizens unable to go about their daily lives for four days because of a relatively small terror group with their knickers in twist. It’s an absurd an untenable situation for any sovereign country.

Friday, the pre-emptive assault was approved by caretaker President Yair Lapid that began with the assassination of PIJ leader Taiseer Al-Jabari and surgical attacks (to the best of our ability) against PIJ strongholds in the Gaza strip. I acknowledge with genuine regret all non-combatant casualties. They are, however, inevitable especially when the enemy fires its arsenal directly from civilian residential areas and uses them as shields. Nonetheless, these casualties – including children – are salaciously displayed over and over again in a 24 hour continuous loop in the western media to buttress their view of the Palestinian war against Israel instead of Israel’s war against internationally recognized terror organizations on and within its borders. Well, guess what? We don’t care. Our priority must be the safety of our citizens, not the approval of onlookers whose priority is to match events to a fictional narrative.

The other spoon in the mix is Hamas who is currently maintaining a silent vigil on the conflict. If Hamas decides to curb Islamic Jihad and enter the fray then this will escalate into all-out-war – again. It is Hamas, not Israel, who has the final say in how long and how intense this round of hostilities will last.

About the Author
Dr. Alison Fisch Katz hails from England. She has lived in Israel for 35 years and is Head of Academic Studies in English at the Azrieli College of Engineering Jerusalem. She holds a PhD in English Literature from the University of Leeds, UK.
Related Topics
Related Posts