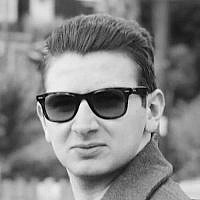 AS ISRAEL CELEBRATES DIPLOMATIC SUCCESS IN THE GULF, ARE WE SEEING A MORE UNIFIED MIDDLE EAST?

Israel is the only Jewish state in a region made up almost entirely of Arab nations, and since Israel’s independence from Great Britain in 1948, allies in the Arab Middle East have been few and far between for the Jewish State. Nevertheless, there have been several signs of late that the winds are shifting, as more Arab countries than ever are now warming to Israel.

On Friday 26 October, it emerged that Israeli Prime Minister Benjamin Netanyahu had made an historic official state visit to Oman, accompanied by his wife Sara and a delegation of government and security officials which included the director of Mossad Yossi Cohen and the Foreign Ministry director-general Yuval Rotem. Netanyahu was received by the Sultan of Oman, Qaboos bin Said, and the two leaders discussed “ways to advance the peace process in the Middle East” and other issues of “joint interest”.

This was the first visit to Oman by an Israeli prime minister since Shimon Peres opened trade offices there in 1996, and the recent visit was hailed by the Prime Minister’s Office as “a significant step in implementing the policy outlined by Prime Minister Netanyahu on deepening relations with the states of the region while leveraging Israel’s advantages in security, technology and economic matters.”

The following week, Israel’s Transport and Intelligence Minister Yisrael Katz also departed for Oman on an official state visit, this time to take part in an international transportation conference and to pitch his proposal for a railway project that would link the Gulf and the Mediterranean via Israel. The Tracks for Regional Peaceinitiative, Katz said, would “create an additional trade route in the region, which is shorter, faster and cheaper, and will contribute to the economies of Jordan, the Palestinians – who will also be connected to the initiative – Israel, Saudi Arabia and the Gulf states, and in the future Iraq as well”.

It seems that Israel’s Transport and Intel Minister is no stranger to offering unconventional transportation options to his country’s Arab neighbours, having previously announced his intention to build a seaport off the coast of Gaza which would “provide Gaza with an economic and humanitarian gateway to the world without endangering Israeli security”. However outlandish Katz’s Tracks for Regional Peaceinitiative may seem, it clearly demonstrates Israel’s desire to ‘bridge the Gulf’ and fashion greater co-operation with its Arab neighbours.

Nelson Mandela famously said: “sport… has the power to unite people”, and recent events in the United Arab Emirates have shown that ancient prejudices are now being pushed aside in favour of peaceful co-operation between Jews and Arabs. At the end of October, the Grand Slam of Judo was held in Abu Dhabi as it is every year, and Miri Regev, Israel’s Culture and Sports Minster, went along to watch her country participate. Israel performed solidly throughout, finishing third in the medals table behind Georgia and Russia. Just like every other country, the Israeli judokas celebrated their achievements by standing under an Israeli flag on the podium and listening to Hatikvah (“The Hope”, Israel’s national anthem) being played.

If this sounds unremarkable, let us rewind one year back to 2017, where the Israeli team was subject to appalling (but not altogether surprising) bigotry at the same tournament.

Whenever an Israeli athlete won a medal at the Abu Dhabi Grand Slam last year, the organisers refused to allow Hatikvah, Israel’s national anthem, to be played at the podium, or for the Israeli flag to fly above; instead, the anthem of the International Judo Federation (IJF) was played and the Federation’s flag was raised over the podium in Israel’s place. For a short time, the Israeli flag didn’t even appear in the official standings on the IJF website, and was again substituted for the IJF flag. But it was not only the tournament officials who exhibited their prejudice against the Jewish State. Mirroring scenes from the Rio de Janeiro Olympics the previous summer, several competitors also refused to shake the hand of their Israeli counterparts after matches, most notably Rashad Almashjar of the United Arab Emirates after his defeat to Israeli judoka Tohar Butbul.

But things are different now. Israel received a full apology from the United Arab Emirates, the ban on Israeli symbols appearing at the tournament was lifted, and Israel is treated like any other participating country. It is therefore no wonder that Culture and Sports Minister Miri Regev was in tears as she presented a gold medal to Israeli judoka Sagi Muki, under the Israeli flag and with Hatikvah playing in the background. What a difference a year makes!

There is reason to believe that the Middle East is changing, as Israeli government officials celebrate positive experiences in the United Arab Emirates and Oman. Indeed, Oman’s foreign minister Yousuf bin Alawi bin Abdullah has now stated that “Israel is a state present in the region, and we all understand this”, signifying a shift in Muscat’s attitude towards recognition of, and the normalisation of ties with, the Jewish State. Bahrain and Saudi Arabia also made similar statements earlier this year, so there is no doubt that some Arab states in the Middle East who were formerly more hostile are now warming to Israel and seeking closer ties with it. Before resigning as Israel’s ambassador to the United Nations in 2010, Gabriella Shalev asserted that “Israel is the most isolated, lonely country in the world.” Eight years later, the reality is quite different.

About the Author
Perhaps the most ardent Zionist to originate from Luton in Bedfordshire, Joel is a finalist undergraduate student in ancient and modern languages at UCL in London. Fluent in English and French, Joel also has a working knowledge of Hebrew, Spanish and Latin. However, he still finds plenty of time between learning languages, playing snooker and doing his hair to fulfil his duties as a CAMERA fellow and as co-President of UCL Friends of Israel Society, where he presents a thorough, balanced and multifaceted image of Israel to his fellow students. Joel does not mince words, especially where Israel is concerned! So for objective, unfiltered hard talk on Israel and its challenges, Joel's your man!
Related Topics
Related Posts
Comments