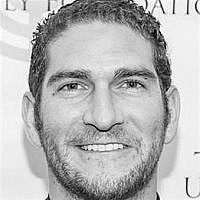 The Blogs
Liran Braude
Apply for a Blog
Please note that the posts on The Blogs are contributed by third parties. The opinions, facts and any media content in them are presented solely by the authors, and neither The Times of Israel nor its partners assume any responsibility for them. Please contact us in case of abuse. In case of abuse,
Report this post.

Much has been made of the Boycott, Divestment and Sanctions movement (BDS), and rightly so. For the last 10 years the movement has been growing in its influence, spreading throughout the Western world to college campuses, labor unions and religious institutions. But the real threat of BDS is not the potential economic impact to Israel that the boycotts, divestments and sanctions represent at face value, as its proponents would have us believe (and perhaps believe themselves).

Between Israel’s stable economy and its ground-breaking successes in important industries like medicine, hi-tech, water technology and defense, governments and corporate giants of the world will continue to invest their resources in the bountiful land of milk and honey.

More and more, Jewish students are wary of using the term “Zionist” on college campuses for no other reason than that they are mindful of the fact that it will alienate the people they are trying to reach. The BDS movement has managed to reintroduce the concept originally conceived of in the United Nations’ prejudiced 1975 ruling that Zionism is racism, and is increasingly mainstreaming that idea. It is driving a wedge between society and the very term that embodies Jewish self-determination, and in so doing, it is driving a wedge between society and Jewish self-determination itself. This is a frighteningly dangerous phenomenon.

The Israeli government and every major Jewish institution in America and around the world have feverishly setup taskforces, programs and initiatives to combat the potentially-existential threat posed by BDS. While there is no one right way to combat this threat, nor is there a “silver bullet” solution that will take it out once and for all, there is one approach that has proven itself effective…

Israel is an incredible, multicultural, pluralistic, democratic country. It is head and shoulders (a full body really) above the rest of the countries in the Middle East when it comes to social progress. Anyone who has had the opportunity to visit Israel has been privileged to see the amazing model of coexistence that Israel is. To see Jews, Muslims, Christians, Druze, Bahai, immigrants, LGBTQ people and the rest of Israeli society’s mosaic of cultures sharing public spaces and interacting with each other from buses to beaches is truly a sight to behold.

There is no better cure for the misinformation than simply being present in the Israeli reality, allowing the layers of falsehoods to be peeled away to reveal the unfiltered, respectable truth.

And so I say this to the anti-BDS agencies, taskforces, and philanthropists of the world: bring them in…in droves. Dare the detractors to risk being proven wrong. Dare curious young minds to challenge their presumptions.

Establish robust student exchange programs. Invest your resources in bringing young people to Israel through different diplomatic, academic, sports, cultural, philanthropic and religious programs. It is not only young Jews on Birthright that need to experience all that is Israel. Immersion opportunities need to be made available for all the young people of the world. And it is not enough for the opportunities for young foreigners to visit Israel just to exist; they need to be marketed vigorously, proactively and energetically around the world.

In August 2015, the valedictorian of Tel Aviv University’s international master’s program was an Egyptian student named Haisam Hassanein. In his commencement speech, he recalled how everything that he had been taught about Israel growing up was overwhelmingly negative…that Israel was Egypt’s “eternal enemy.”

But despite that, he decided to take the risk to study in Israel; after all, the two countries had had peace since 1979. He went on to talk about how he was baffled on his first day in Israel to see the unbelievable diversity on display; Bedouin IDF soldiers reading Korans, Muslim women wearing hijabs, Hasidic men covered with kippot, soldiers peacefully walking around amongst the crowds of people; scenes that he could never have imagined. He finished his speech with the following:

“We must always question our assumptions. Being here in Israel has taught me that life is full of paradoxes and complexities — that nothing is straightforward, and that things are often not as they are made to seem.”

There are countless stories of activists from all over the world coming to Israel as critics and leaving as allies after witnessing firsthand the reality that is Israel’s coexisting, multicultural society. No amount of debates, videos, speeches or articles can substitute for the overwhelming experience that visiting Israel is.

We need more Haisams in the world. We need to show the misinformed what Israel really is. We need to bring them in…in droves.

About the Author
Liran Braude was born and raised in Johannesburg, South Africa and currently resides in San Diego, California. He served as a paratrooper in the IDF, before receiving a B.A. in Economics and Accounting from the University of California, Santa Barbara. Liran works for the Anti-Defamation League in San Diego.
Related Topics
Related Posts
Comments