The results of the recent British elections expose the failings of the first past the post single member geographic elective constituency. This undemocratic and anti-progressive electoral system has defeated the popular will once again. 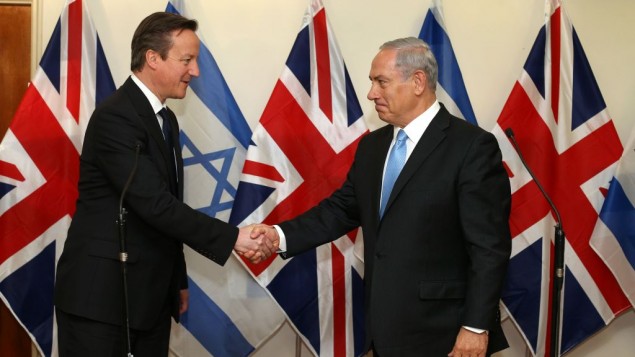 As the smoke clears from a rather intense election in the United Kingdom, one fact is glaringly apparent: the British electoral system needs reform. With just 37% of the popular vote, the Tories (Conservatives) have earned 331 seats of the 650 seats in the House of Commons (a majority is 326). Coming in second, Labour has earned 30% of the vote to garner 232 seats. It all goes down hill from there. Earning close to a whopping 13% of the vote was the rightwing, anti-EU, United Kingdom Independent Party (UKIP); which retained only a single seat in Parliament. The long-time third party Lib-Dems, who had served in a rare coalition government with the Tories since 2010, earned 8% only to be crushed, losing 49 seats to arrive at a mere 8 seats (eight times UKIP’s representation, with not quite two-thirds the number of votes). With less than 5% of the total vote, the Scottish National Party (SNP) gained 50 seats to hold 56 of the 59 seats in Scotland. The Green Party earned almost 4% and has no seats to speak of in the House of Commons. 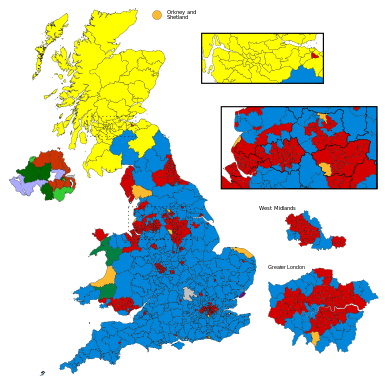 In recent Israeli elections, however, every party that earned more than 3.25% earned a reasonable proportion of the votes cast in their favor. The more democratic proportional election system responds very directly to the choices of voters, whereas the mandate system employed in the UK creates disproportionate results. The Tories won a majority about 13% out of proportion with their votes, while the SNP received seats about 3% out of proportion of to its votes. UKIP of course, was completely out of proportion having earned nearly 13% of the vote only to hold only a single seat!

What should we expect from an electoral system that was developed at Runnymede 800 years ago next month? Yes, suffrage has expanded since then, and constituencies are now drawn approximately equal in population; but the basic electoral system is unchanged. The United States employs the same system with similar effect. In the US, the system has propped up the two parties and made third party candidates the exception that proves the rule.

An electoral system that is very much designed to maintain the status quo, to thwart reform, and to preserve the power of landed elites is not one from which meaningful change can be had. This electoral system has been made as pluralistic and as democratic as possible while maintaining the essential structure and even in this state it fails the electorate. How can Anglo-American democracies prosper, grow, and adopt necessary popular reforms with an archaic electoral system designed to achieve precisely the opposite end?

Voters in the UK would have been better served by a mixed-proportional system like that employed by Germany. In the German System, 299 of 631 seats in the lower house (the Bundestag – Federal Diet) are apportioned to single member geographic constituencies (called mandates in parliamentary parlance) very much like those of the UK and the US. The other half of the 631 seats are for proportional representation. The electorate cast two votes, one for a local geographic district wherein they choose one of several individual candidates, and a second vote for their choice of political party; those parties having established lists of candidates in priority order. The first vote being the same as the UK and US, and the second being much like Israel’s wholly proportional system.

If a party wins 150 mandates and 40% of the total proportional vote, they might earn about 250 seats. Since they already have 150, candidates ranked numbers 1 through 100 on their proportional list will also earn seats such that the party will have a total approximate to their proportional vote. In Germany the electoral threshold is 5% (see my article on Israel’s electoral threshold to learn more) such that any party that earns more than 5% of the vote will have seats in the Bundestag. Likewise, any party that wins even one mandate will also have a seat in the legislative body. 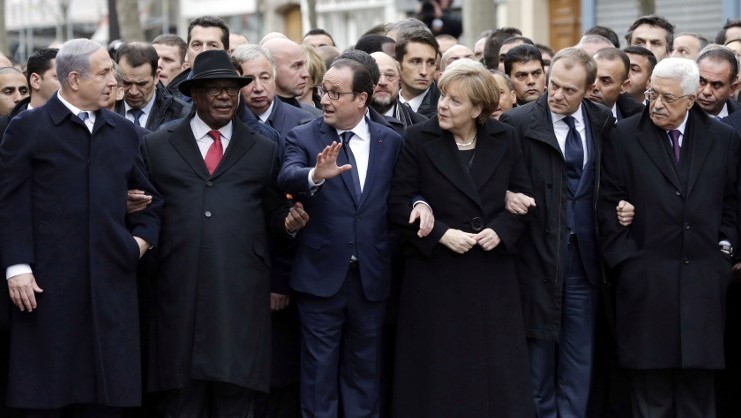 Along with other world leaders, Chancellor Angela Merkel (to the centre-right of the picture) at the rally against terrorism in Paris.

What would the British election results have looked like had such a system been employed prior to the recent election? It is hard to say for certain how the difference in electoral system might have impacted voters choices. Would more voters have chosen UKIP, for example, if they had greater confidence that the party would earn seats? This cannot be easily quantified. For this thought experiment I will simply plug in the results of this election to this voting system and examine the approximate results to expose the difference. If the UK had Germany’s electoral system there would be about 300 mandates and the remainder of the 650 seats in the House of Commons would be proportional seats. 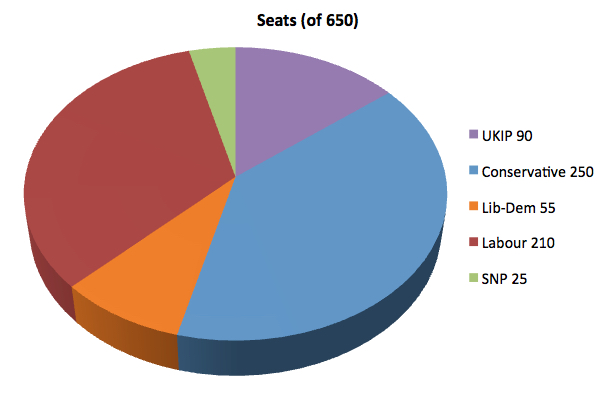 Given those results, a coalition would have been a certain necessity as no one party would have earned at least 326 seats. The only two party coalition available would be the Tories and UKIP, for a total of 340 seats. The Tories might have sought out their past coalition partner, the diminished but still breathing Lib-Dems, then coaxed the SNP with promises of greater devolution to the local Scottish government for a total of 330 seats. No likely coalition possibilities would have existed for Labour aside from a unity with the Conservatives for 480 seats.

In this electoral scenario, British voters would have been better served by the results. Their very directly counted opinions being the primary guiding force behind the resulting governing coalition. Instead, one party earned a majority where no electoral majority exists, not even close. A lower electoral threshold, such as 3%, might also have effected these results in favor of SNP and the Greens.

Ongoing devotion to the Runnymede system has stifled democracy in the Anglo-American world. How long can these societies maintain a sad devotion to so ancient and undemocratic a system? The matter is all the worse in the United States, when one takes into account the Electoral College and undemocratic apportionment of the US Senate (2 per state). Is it time for the United Kingdom and its various national offspring to consider updating their electoral systems to this side of the second millennium? Structural reform comes slowly in Anglo-American society, it may be some time before any progress is made. Still, one cannot help but wonder what great feats might be accomplished if only the UK, the US, and the Commonwealth discovered modern democracy.