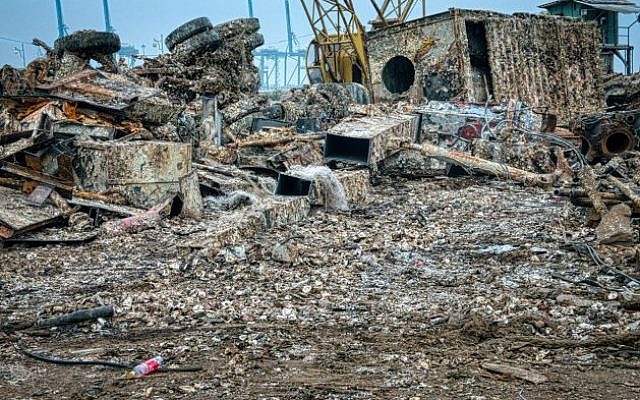 Will Ukraine Look Like This? (Free to Use Photo by Tom Fisk from Pexels)

Russia is the largest country in the world, by area. With more than 17 million square kilometers, it is one-eighth of Earth’s inhabitable landmass. Ukraine is smaller, but is still a large country, twice the size of Italy, at 600,000 square kilometers.
And yet, the Ukrainian leader, Volodymyr Zelensky, appeals to Israel to help prevent Russia’s ‘final solution’ for the Ukraine.

The Russian leader, President Vladimir Putin, must be shaking in his shoes at the thought of Israel entering the conflict on the side of the Ukrainians.

A recent survey found that, among all Central and Eastern European countries, Ukraine was the most accepting of Jews. Only 5 percent of Ukrainians would not accept Jews as fellow citizens while in Russia it was 14 percent, in Poland 18 percent and in Romania 22 percent. It was not clear why Jews would want to be accepted as citizens of any of these countries.

Sadly, many countries have become dependent on Russia. India relies on Russian-made weapons, the Gulf states need Russia to help manage the oil market. Germany relies heavily on Russian gas and worries that a boycott would cripple the German economy.
Even Israel needs Russia’s cooperation for its airstrikes in Syria against Iran-backed forces and Hezbollah terrorists.

So, will the world stand by as Putin’s Russia reduces the Ukraine to a pile of rubble? Will everyone look after their own interests. Only time will tell, however, as they say, Moses is Moses but Business is Business.