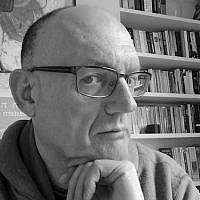 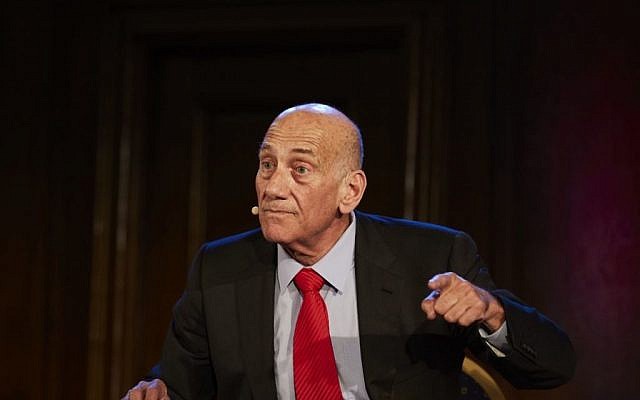 The Zionist Federation’s decision to invite Ehud Olmert to its annual dinner is, at best, a case of political naïveté writ large. Or, worse, it’s a massive two-fingered salute to its donors and supporters.

Have they not heard of Olmert, the first – and so far only – Israeli head of government to do jail time for accepting bribes and for obstruction of justice during his terms as mayor of Jerusalem and as trade minister. Of course, that might change soon.

So who is Ehud Olmert, and why is this invitation likely not to enhance the standing of the ZF?

He is the scion of a veteran Revisionist Zionist family, whose father, Mordechai, was a Knesset Member for the nationalist Herut Party – now a part of the ruling Likud.

Olmert was elected to the Knesset in 1973, ironically as a right-winger dedicated to fighting organised crime and corruption. Now there’s an irony.

He was found guilty in 2014 of accepting bribes from real estate developers when he was Jerusalem’s mayor, before his 2006-2009 term as prime minister and head of Kadima, the short-lived centrist political party set up by the late Ariel Sharon.

The corruption allegations led to Olmert’s resignation as prime minister in September 2008. He stayed in office in a caretaker capacity until a February 2009 election brought Benjamin Netanyahu to power.

His original six-year sentence – the judge in the case said his corruption offences were tantamount to “treason” – was cut to 18 months on appeal, but another month was later tagged on over obstruction of justice charges.

Olmert’s term was ultimately lengthened to 27 months after he was convicted in a separate case involving cash payments from a US businessman.

He has never, but never, expressed remorse or contrition for his criminal deeds.

In fact, in an interview with this paper earlier this year, Olmert said his arrest, conviction and imprisonment was because of an extreme right-wing conspiracy, led, he claims, by current Prime Minister Benjamin Netanyahu and his big US backer casino tycoon Sheldon Adelson.

Olmert said at the time: “In the final analysis, after all the accusations, I was convicted for accepting NIS 60,000 [£12,759] as a political contribution that never went to my pocket, at a time when I had to cover political debts.

“It was proved in court that I never saw, that no-one ever saw a cheque, any money, anything. It was all based on the testimony of a state witness who died before he could be cross-examined, but the court approved his statement anyway. So, whatever.”

This lack of remorse and contrition begs the question: why is the ZF persisting to defend its frankly baffling decision to invite this disgraced politician who is the very embodiment of a has-been?

It also begs the question of whether the ZF will allow attendees at the dinner ask non-planted questions of their guest or will only TV journalist Rageh Omar be permitted to quiz Olmert?

If the ZF is seeking relevance, then inviting this disgraced has-been is not the way to go about it. In fact, it basically seems to be taking its donors and supporters for fools, because it must believe that none of them knows what Olmert is famous – actually, infamous, and that doesn’t do it justice – for.

Perhaps the ZF, like other pre-Israel organisations – such as the Jewish Agency, the World Zionist Organisation and Keren Kayemet Le’Yisrael-JNF – should consider departing the stage, having achieved their mission with the creation of the state.

They have, after all, become dumping grounds for political has-beens and never-wases – or, in the case of the ZF’s invitation of Ehud Olmert, a place where disgraced politicians can resell their warmed-over wares.

All of these organisations’ functions can now be handed over to the Israeli state.

Just think how much money could be saved and what those funds could be used for in both Israel and world Jewish communities.

Will it happen? Nah… Doughnuts don’t vote for Chanukah.