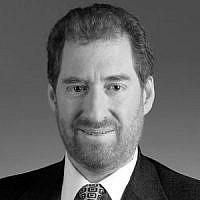 For wise leaders, knowledge of history has proven to be an essential tool in predicting the worst of human behavior and how to prevent it. Bibi Netanyahu, as the son of a historian, seems to think from that perspective. While  Bibi’s style on the international stage has sometimes been counter-productive, I appreciate his keen sense of history as he navigates the demands of his office. He is fully aware of the danger that Iran, nuclear-ready or not,  presents to Israel and to the entire Middle East, and he does not require White House briefings to fully understand the extent of the ill-conceived sellout with regard to Iran that is undoubtedly taking place there.

The $64,000 question is, what does Netanyahu do about it? Does Bibi follow Avigdor Liberman’s advice to exercise the Begin Doctrine, i.e., if Bibi feels so strongly, stop gabbing about it and  initiate a first strike on weapons of mass destruction in development by Israel’s  enemy? Does Israel lack the capability to do so effectively, is Bibi too conservative to take the risk of both potential military failure and of Iranian counter attack, or is he afraid of immense global backlash, particularly from a White House that is staking its Iran “accomplishment” as its textbook foreign policy legacy? Or will Netanyahu continue to whine and jawbone, trying to keep the world guessing about what he may do, hoping that he can scare Western leaders to show resolve?

For now, it appears as if Mr. Netanyahu will attempt to persuade the world through words. He can be a strong political orator, stylistically appealing to American audiences. The question is, when he speaks to Congress in several weeks in an address that will be widely covered, can the Prime Minister rise to provide a level of Churchillian moral leadership for the civilized world to take a position that is essential for global security  and, just coincidentally, for Israel’s long term survival? Or will he simply appeal as the leader of a small country perceived to be advocating primarily for his own nation’s self interest, a modern-day Czechoslovakia?

As a good historian, Bibi knows that he faces a hostile, modern-day utopian Neville Chamberlain in the White House, seeking to nation-build at home, as well as to remake the course of human relations and undo the trend of global suffering imposed by American hegemonic actions (Obama’s apparent views, not mine). Obama, desperately seeking to echo Chamberlain and announce the achievement of “peace for our time”,  finds himself in a very analogous situation to Chamberlain at Munich in September, 1938. There, Chamberlain made a terrible deal that would live in infamy in the history books, in order to protect a Great Britain exhausted by the First World War from further conflict and to instead focus on healing it’s  economy.

In arguing for a stronger, less trusting deal on Iran, Bibi bears remarkable historical parallels to Edvard Benes, the President of Czechoslovakia from 1935 to 1938. Czechoslovakia was a small, relatively new independent state allied with Western powers, surrounded by hostile (Germany) and not terribly friendly (Poland) neighbors, that was publicly and vociferously threatened by Hitler with dismemberment to indefensible borders for ethnic reasons (i.e., the Sudetenland Germans). Of course, Israel faces something worse, the repeated, public threat of total annihilation by Iran, not just dismemberment to indefensible borders – that goal is sought by the broader international community instead.

I quote Wikipedia, which recites history more concisely than I can, in all its chilling similarities to the situation confronting Netanyahu today, “In October 1938 Italy, France and Great Britain signed the Munich Agreement, which allowed for the immediate annexation and military occupation of the Sudetenland by Germany. Czechoslovakia was not even consulted on this agreement. Benes was all but forced to agree to it after France and the United Kingdom let it be known that if he did not do so, they would disinterest themselves in the fate of Czechoslovakia.” Sound familiar?

In the weeks leading up to the Munich Agreement, Benes, as leader of a small, embattled nation, became almost shrill and annoying in his protests to Chamberlain and other great power leaders, who were more intent on avoiding immediate war, kicking the can down the road, and rationalizing why business could be done with Hitler. In one of the greatest military bluffs of history, Hitler was able to peaceably steamroll Western leaders, until he was strong enough to commence his blitzkrieg of first Poland, and then Western Europe. It began with small Czechoslovakia (Austria hardly counted – Hitler was a returning son), but did not end there.

Bibi is a historically sensitive, un-nuanced leader in the tradition of Winston Churchill. Churchill relentlessly, annoyingly to his adversaries, and ultimately effectively used words to convince people of the coming danger – perhaps not soon enough to save Czechoslovakia or Poland, but just in the nick of time to prevent Hitler from effectively dominating or neutralizing the civilized world. The world was saved by the abdication of Chamberlain and ascension of Winston Churchill in May 1940.

In this eleventh hour of the fight to stop Iran from becoming a nuclear-ready nation and completing its conquest (or Findlandization)  of much of the Arab world, Bibi must find a way to sound more like Winston Churchill when he speaks before the US Congress (and the world) in early March, and come across less like Benes. Benes was perceived to be arguing for justice for his small state that, in the scheme of things, the world was willing to sacrifice. Churchill successfully portrayed the dangers that Nazi Germany presented not only to its immediate neighbors, but to the concept of Western civilization and the entire world, and people listened. As if the results of inaction in Syria and Iraq are not lesson enough for Western leaders, Bibi must convey that the risk of abdication or inaction on Iran is greater than any other risk we face, ISIS included. And Bibi must use language that not only convinces the already-convinced, but is focussed on the undecideds, the uncertain, the uninvolved — with passion but not fervor, and with language and examples they can internalize.

A major challenge for Netanyahu is that President Obama and other Western elites seem to make a lot more of the threat of Islamic fundamentalism (ISIS etc.) than they do of the Iranian nuclear threat. My guess is that this is most probably because the Iranian issue is a much tougher one to deal with in the short term, resulting in some wishful thinking as to the ability to influence Iran to “play nice” in the future. A secondary potential reason for the US administration’s  prioritizing the threat of Islamic fundamentalism (even though they won’t call it that) over Iran is because they see the Iranians as a potential ally in the fight against ISIS — even as the Iranians themselves absorb effective control over large swaths of the Arab land mass from the Iranian border, through Iraq, to Syria and Lebanon (and now in Yemen too). Forget about the fact that Sunni Islamic fundamentalism, and accompanying terrorism, can probably only be defeated in a multi-generational  war of Islamic narratives fought by “good” Muslims around the world led by their own progressive religious leaders and the likes of President al-Sisi and King Abdullah – and Mr. Obama’s strengthening of an irredentist Shiite Iran in this fight will just further destabilize and radicalize Sunni Arab Islam, as well as lead to dangerous arms proliferation in the Arab world.

ISIS is not unimportant from Israel’s perspective either – but it is very difficult to argue that either ISIS (or the Palestinian issue, for that matter) rises to the level of threat to Israel, the Middle East or to the world as does an expansionist, nuclear-ready Iranian theocracy. ISIS can be militarily contained, a nuclear-ready Iran cannot.

So, in summary, Netanyahu, with Congress besides him, must create a rallying cry for western leadership and statecraft saner and more realistic than Obama’s about the intentions of the adversary. It is possible — remember, when secret negotiations with the Iranians were first revealed, the French remarkably advocated a tougher stand than that of the White House. Ironically, by putting more pressure on Obama in his negotiations with the Iranians, Netanyahu and Congress could increase the odds of a deal with the Iranians of which Obama could have a right to be proud.

If Netanyahu cannot accomplish this, he will have to face much tougher decisions very quickly – the subject of my next piece.

About the Author
After earning his B.A. in International Relations at the University of Pennsylvania, Robert Blum went on to obtain his law degree at the University of Chicago, practiced law, worked on Wall Street and eventually built several successful asset management businesses. However, he never lost his first love of thinking and writing about international affairs, nor of his love of Zion, best developed during eight summers at Camp Massad in the Poconos. He is active in several Jewish charities, including as chairman of the board of HonestReporting, a media watchdog group, which is not responsible for the content of this blog.
Related Topics
Related Posts
Robert A. Blum
Comments 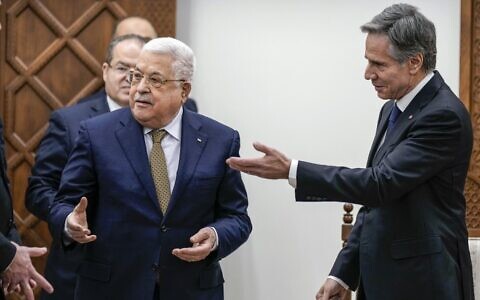 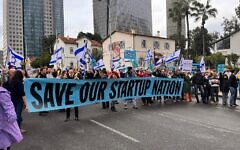 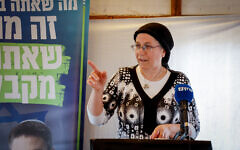 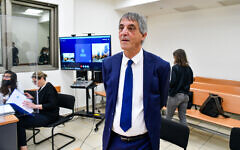