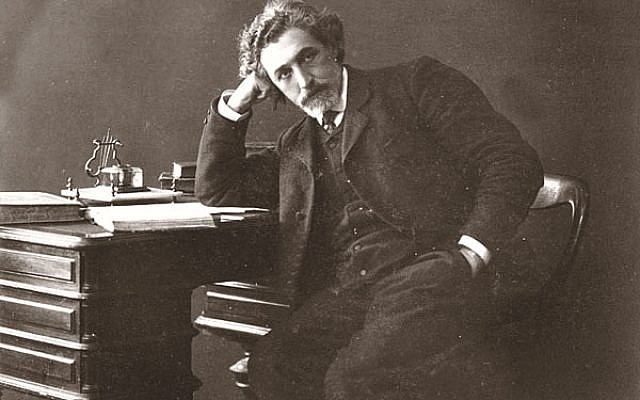 Just over 100 years ago when the Russian activist and writer known as S. An-sky set out to undertake a Jewish ethnographic study in the Pale of Settlement, he used the best available technology of the era—including some of the earliest audio recording equipment developed by American inventor Thomas Edison. Now the tools of the 21st century are being used to further An-sky’s vision. They may also tell us whether and where the vibrant Jewish culture that existed in the Pale survives today.

The Minhag Project: A Digital Archive of Hasidic Customs is being developed as a crowd-sourced online research project of the innovative Digital Jewish Studies Initiative at the University of California Santa Cruz. Its creator is Professor Nathaniel Deutsch, who first translated An-sky’s original (and exhaustive) 2,087 survey questions from Yiddish into English. The word minhag is Hebrew for “custom.” It comes from nahag, which means “to lead,” an apt description for this intriguing endeavor.

Even centuries before An-sky, the importance of collecting minhagim in a form that could be shared was recognized. As far back as 1593, the first illustrated Yiddish edition of the Book of Customs was published in Venice, Italy. According to contemporary author Scott-Martin Kosofsky, the original Minhogimbukh was “among the most popular Jewish books in the European diaspora” for a remarkable 400 years.

An-sky wanted to empower Jews to do their own collecting of everyday traditions, songs, stories and even jokes, which he saw as a kind of Oral Torah as essential for sustaining Judaism as the holy books. His expedition to 60 shtetls in the three provinces of Volhynia, Podolia and Kiev collected 1,800 folktales, 1,500 folksongs plus 1,000 melodies, in addition to hundreds of documents and manuscripts.

Thanks to An-sky and the YIVO Encyclopedia, I can see photos and listen to a children’s rhyme from 1913 Kremenetz, near the village of Kolodno where my mother’s family lived.

It is exceedingly rare in social science research that such an old, detailed survey instrument would be both available and relevant to contemporary concerns. An-sky’s survey covered the entire Jewish lifecycle, from conception to burial.

It asked questions ranging from the spiritual (What beliefs are there about a person’s soul before it enters the body?) to the physical (Which illnesses are considered in your community to be typical of Jews?). Deutsch has also written that “…An-sky more than any previous ethnographer, sought to make visible the Jewish women of the Pale of Settlement” in an era when the births of Jewish girls were often not even registered, as was the practice for boys.

Just as An-sky focused on Hasidic communities, Deutsch also plans to begin with seeking participation by Hasidim today. Unlike An-sky, however, he hopes to engage large numbers of respondents on different continents (from Brooklyn to Israel and Montreal) in order to understand how minhagim migrate. A multi-lingual, interactive website ultimately will be accessible worldwide.

At a time when online tools are being used to divide, mislead or frighten us, crowd-sourcing to preserve and share precious Jewish culture offers something entirely different. It may even help us view the Internet as less of a creature like An-sky’s infamous Dybbuk, and more as a means to bring us together.

To learn more, explore Nathaniel Deutsch’s book, The Jewish Dark Continent: Life and Death in the Russian Pale of Settlement