Yom Yerushalayim (Jerusalem Day) was celebrated a day earlier than the rest of the world here in Australia. I was honoured to be part of the community ceremony of Sydney hosted by Moriah College. The highlight of the moving presentation was the address by the guest of honour Captain Eitan Fund. Captain Fund served in the same Givati unit I served in and was the deputy commander of the Reconnaissance company during the Operation Protective Edge two years ago. In my introduction to his presentation I mentioned to the assembled audience of hundreds that Captain Eitan is the true definition of a hero, someone who acts selflessly during a “moment of truth” which defines who they are. Eitan spoke movingly and modestly to an enthralled audience about the events of two years ago which resulted in him receiving the IDF “Medal of Courage.” 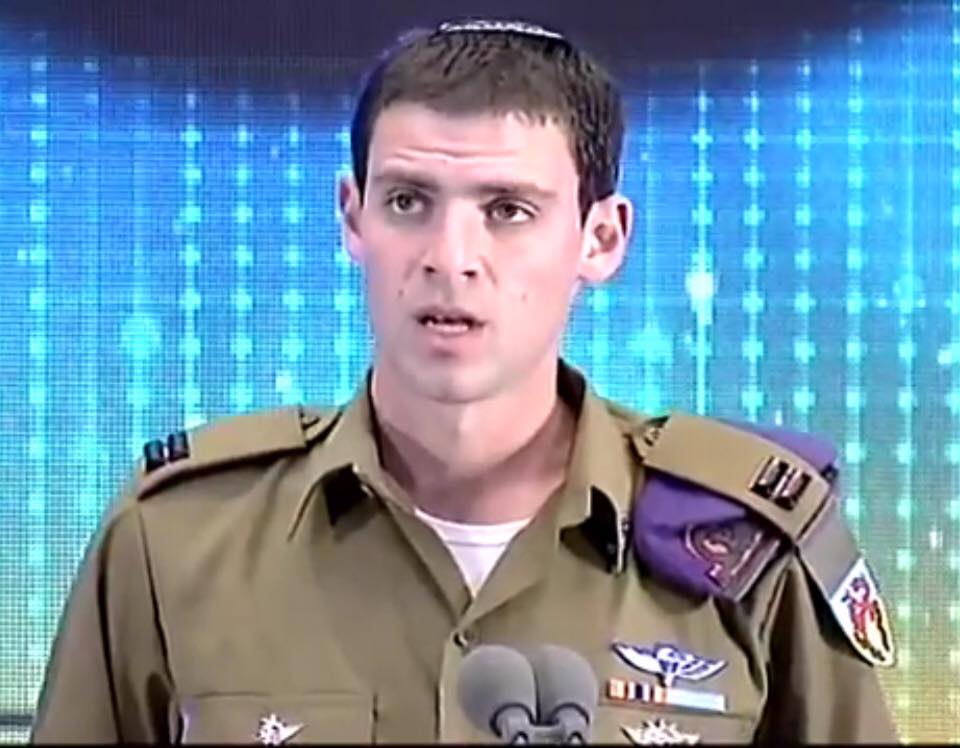 “If I’m not back in five minutes, I’m dead.” With these words the then Lt. Eitan Fund (then 23) of the elite Givati Brigade’s reconnaissance company rushed into a Hamas terror tunnel to try and save a kidnapped comrade, Lt. Hadar Goldin z”l, during Operation Protective Edge. Although he did not locate him, he was able to recover enough of the dead soldier’s remains for the IDF to pronounce him dead, give closure to his parents.

The IDF is very selective with awarding medals.   Yet, no one was surprised when Lt. Eitan received the Ot Mophet, (“Medal of Courage”) the State’s second highest military honour. The Medal of Courage is granted for “an act of gallantry during combat duty at the risk of one’s life.” Watching the modesty and bashfulness of Lt. Eitan during his acceptance speech, which he delivered with tears in his eyes, was a reminder of what kind of values he was raised with and lived by. Lt. Eitan felt a strong desire to complete his mission and the outcome of that mission was derived from certain values: love of the land and the people, and contributing to our country. As he so clearly stated during the award ceremony:

“In a developed society, medals should not be awarded after a war but rather for developing the land… But if necessary, we would do it a second and third time, with our heads held high.”

It is heart-warming in these times to meet these special, selfless and proud Jewish young men and women, like Captain Eitan, who come to give and not to take, and who represent all that is good about the miraculous times we live in. After almost two stateless millennia we live in a fortunate era where we are in charge of our own destiny in our own land and we have good people to show us the way. As Eitan mentioned in his medal acceptance speech:

“Who would have thought that seventy years ago that my grandfather, who is here tonight, who lost almost his entire family in the death camps would get to this moment where his grandson would receive an award that symbolises the eternity and strength of our state. Who would have dreamed?”

Captain Eitan reminded us that the State of Israel and Jews throughout the world need to continue to do whatever we can to ensure the return of the the remains of Lt. Hadar Goldin, held by the Hamas terrorists in Gaza for two years to provide peace and closure to his family. 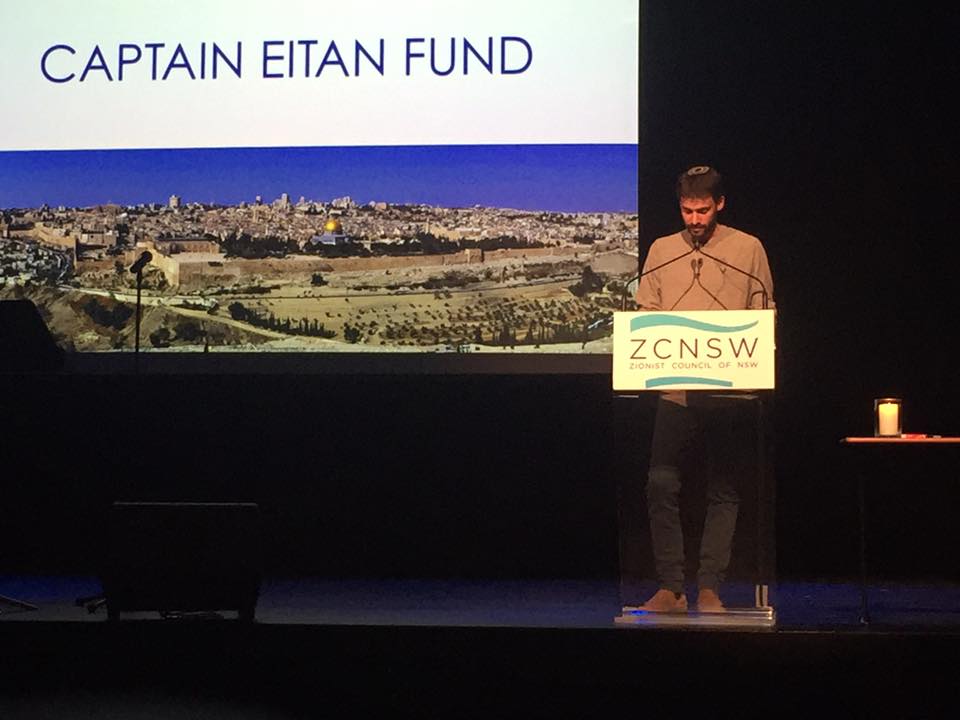 We live in a fortunate generation where Jews can once again defend their land and people and are in charge of their own destiny thanks to the brave soldiers of the IDF who give some of the best years of their lives to make the world a better and safer place for all Jews.