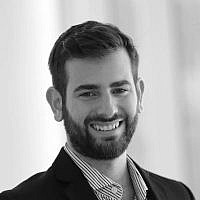 The Blogs
Matias Shocron
Apply for a Blog
Advertisement
Please note that the posts on The Blogs are contributed by third parties. The opinions, facts and any media content in them are presented solely by the authors, and neither The Times of Israel nor its partners assume any responsibility for them. Please contact us in case of abuse. In case of abuse,
Report this post.

While the Abraham Accords countries look for economic benefits in the current challenging crisis, they forgot that the solution was brought in Kyoto Protocols with a trading mechanism to encourage sustainable projects against Carbon Emissions (CO2). The partnership with Israel makes possible the emergence of a new credit market in the region.

Different countries worldwide have started to build their carbon trade systems within a certain regulatory framework. But the European Union (EU) is the most successful example. The Union created a cap-and-trade system on which carbon emitter companies are given a certain number of allowances (1 allowance = 1 ton of carbon) and when an entity surpasses its allowances it must balance the accounts. Consequently, they face two options, to buy allowances from companies with reserves or purchase offset credits. If the scenario is still negative, within 4 months the company must pay a fine.

Since the implementation of this system, the prices of EU carbon permits have increased significantly. In 2009 the price of one permit was around 9 USD, while at the beginning of 2022 it reached the historical pick price of 88 USD.

In the region, Saudi Arabia established the “MENA Voluntary Carbon Market” this year with the cooperation of the main oil producers in the country and the world. Since such a player in the region embarked on this project, the Abraham Accords should follow this direction to not lose the race in this emerging trade and credit market.

UAE and Bahrain are the third and fourth-highest per capita carbon emitters in the world. As an example, the UAE reached more than 200 million tons of CO2 emissions in 2016 with a positive increase over the years. While Israel has emitted 65 million tons in 2016.

The Abraham accords were signed in 2020 with diverse objectives to normalize the relationship between Israel and the Gulf countries. Between the fields in the accords, cooperation in energy and other natural resources are key sectors to strengthen the relationship. Being the UAE and Bahrain oil and gas producers, and Israel a solutions provider in these fields, the circumstances seem to be encouraging for parties to work together. However, little has been done to tackle carbon emissions in the region.

A second phase should be agreed upon by the parties involved with an open discussion on implementing a work-together plan on the Carbon Credit market for new opportunities in the region. In this case, the countries can establish an “Abraham Accords Voluntary Carbon Market”. Therefore, a cap-and-trade system such as the European one could be established allowing companies to trade their allowances within the parties of the Accords.

Consequently, this voluntary market will be open to any country that may join the Abraham Accords in the future. While, for countries that share the same system, the trading between regions will be facilitated with the cap-and-trade framework.

In addition, an Abraham Accords Registry should be established to increase the accountability between the countries and within them. Moreover, if the international circumstances change, and a common international system is implemented, the registry promotes a quick and clean way of integrating into the possible global system.

The idea behind this opportunity is to expand the economic profits, while tackling the environmental damage made in the region, creating an incentive for future signing candidates to take part in the accords.

Lastly, the improvement of this market and the Abraham Accords as a leading group in decreasing CO2 in the Middle East will show an innovative way of settling conflicts through legal, economic, and political cooperation.

Decades ago, oil-exporting Middle Eastern countries were skeptical about Israel’s existence, but also, they were not aware of the damage of carbon emissions made by their main economic markets. The Abraham Accords and the carbon market could make an impact on these two premises. Nowadays, the normalization agreement between Bahrein, UAE, and Israel fulfilled the first one with expectations for the second. However, the CO2 emissions concern is on the table but static. Therefore, the Abraham Accords Voluntary Carbon Market will turn these unthinkable presumptions into reality.

About the Author
Matias Shocron is originally from Argentina and he is a third-year Government, Diplomacy and Strategy student at Reichman University in Herzliya. He is part of the Argov Honours program, which is an accelerator for leadership, focusing on shaping tomorrow's leaders. Matias was an intern at the UAE-Israel Business Council as Business Analyst.
Related Topics
Related Posts
Comments