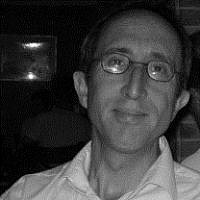 The Blogs
Charlie Yawitz
Apply for a Blog
Advertisement
Please note that the posts on The Blogs are contributed by third parties. The opinions, facts and any media content in them are presented solely by the authors, and neither The Times of Israel nor its partners assume any responsibility for them. Please contact us in case of abuse. In case of abuse,
Report this post.

On Tuesday, July 15, Israel and Gaza woke to the prospects of an Egyptian-backed ceasefire that would go into effect at the arbitrary moment of 9:00 A.M. The published terms of the ceasefire were no great breakthrough for either side, being based on the existing agreement from 2012.  Nevertheless, the mere existence of a prearranged time to stop shooting brought a wave of hope to the region.

When the ceasefire started, only Israel had made its commitment clear. Israel, by most accounts, held its fire for six hours before re-entering the fray with an intensified wave of destruction. Hamas had not stopped its rocket attacks at all.

Longtime residents of the area were not surprised by the failure of the ceasefire.  The first ceasefire rarely works. One of the sides inevitably has a problem with the terms or with the standing of the third party broker.

What is a Ceasefire?

The minimum requirements for a ceasefire are a set of terms and a start time. Even the set of terms is extraneous when the two sides are willing to return to the terms that existed before the conflict.  All they need is a start time.

Optional elements of a ceasefire include a guarantor of rights, maps, rules, tolerances, and, in special cases, an ending time.  As I write this, we are in a state of cease fire that will last 5 hours and presumably end after lunch.  In the scenarios that follow, all optional elements are put aside and the single necessary thing is determining a start time.

I would like to suggest some methods of achieving the simplest “no frills” sort of ceasefire. Imagine, first, what would happen if one of the sides held its offensive fire for a week. This would essentially force an end by giving the other side the ability to declare victory and go home.  This option, though, can’t happen because it would be seen as defeat for the initiating side.

Israel, though, had no problem holding its fire in the framework of a declared ceasefire.  What if a ceasefire were declared every day at 9:00?

If the chain of command is in place and functioning on both sides, this protocol gives them a daily option of winding down the fighting and returning to the status quo ante. Though the intentions of the two sides are often in flux, this would provide a way out on the day that they align. That’s already an improvement over the current situation.

Why wait 24 hours between opportunities?  One could imagine this protocol working at 12 hour or 6 hour intervals, as well.

In the real world of conflict, it is important that this arrangement be seen as external, not owned by one of the parties.  Nothing could be worse for an Israeli politician than signing on to “The Hamas Initiative”. And vice versa.

Let’s call this arrangement a Timed Ceasefire.  All you need to implement it is a clock and a working chain of command.

A variation on this theme could be called a Rolling Ceasefire. Here the sides are constantly watching the clock to determine if the other side has begun the process of ceasefire. A specific time period could serve as the marker that the process has begun.  If the enemy has not engaged in offensive fire in, say, 4 hours, the protocol would go into effect regardless of the time of day.

This period is considerably shorter than the time that could be interpreted as defeat or surrender. It is just long enough to be clear as a signal.

While it can express only one bit at a time (I am shooting/not shooting at you), we can use it, along with the simple ground rules outlined above, to convey one bit of information about ones future plans.

In some circumstances, that is enough.

About the Author
Charlie Yawitz is an architect, designer, and inventor in Tel Aviv.
Related Topics
Related Posts
Comments