The Blogs
Becca Wertman
Managing Editor / Canada Liaison at NGO Monitor
Apply for a Blog
Please note that the posts on The Blogs are contributed by third parties. The opinions, facts and any media content in them are presented solely by the authors, and neither The Times of Israel nor its partners assume any responsibility for them. Please contact us in case of abuse. In case of abuse,
Report this post. 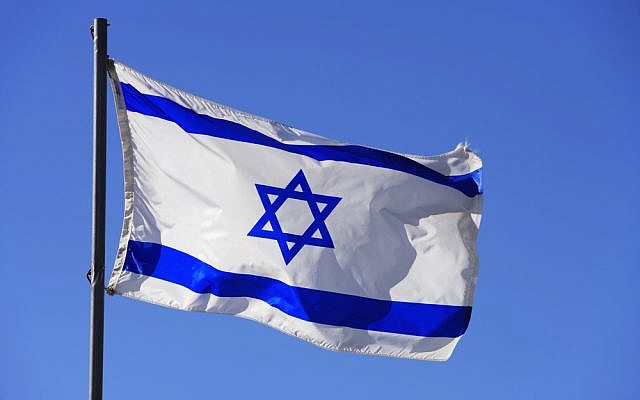 On Yom Ha’atzmaut, Israel’s Independence Day, Israelis will celebrate the rebirth of the Jewish state. For most, the celebration is filled with joy, barbecues, and concerts (this year, of course, all taking place at safe social distances), along with the diplomatic niceties sent from governments around the world. However, there are also condemnations of Israel’s founding. While an individual expressing a political viewpoint is one thing, the significance changes when it becomes part of a concerted effort by powerful non-governmental organizations (NGOs) – supported by foreign government donations – to deny Israel its right to exist as a Jewish and democratic state.

The International Holocaust Remembrance Alliance’s (IHRA) working definition of antisemitism explicitly explains that “Denying the Jewish people their right to self-determination” such as “by claiming that the existence of a State of Israel is a racist endeavor” is a form of antisemitism. This definition has been adopted by numerous governments, including the UK, Germany, Canada, Sweden, France, the Netherlands, Italy, and Belgium and reflects the global consensus.

Nevertheless, many of these same countries continue to fund and support NGOs that violate this definition in a number of ways, including by denying the Jewish people their right to self-determination.

For example, the Palestinian NGO Al-Haq is part of a 2013-2020 German Ministry for Economic Cooperation and Development (BMZ) Civil Peace Service (ZFD) project titled “Steady drops: training and theater provide youth with non-violent alternatives.” Italy is also providing Al-Haq with €1.8 million for the period of 2018-2020. In December 2020, during Israel’s regular periodic review by the UN’s Committee on the Elimination of Racial Discrimination (CERD), Al-Haq abused the platform to claim that Israel’s “raison d’état” was “domination over the Palestinian population” and “racial discrimination.”

The Israeli NGO Zochrot also delegitimizes Israel as the nation state of the Jewish people by advocating for a “one state solution,” a “de-Zionized Palestine,” and the myth of a Palestinian right of return. Despite these campaigns, the NGO received indirect support from Germany (via  MISEREOR – the official aid framework of the Catholic Church of Germany) in 2018, in violation of the IHRA definition. Worse, Zochrot regularly partners with the Palestinian NGO BADIL – a group that was founded to promote Palestinian return myths and that hosts cartoon contests where virulently antisemitic images have won top prizes.

The UK is not immune from providing funds for NGO-led Israel denial either. In 2017-2020, it granted £80,000 to the Catholic Agency for Overseas Development (CAFOD), which then channeled the funds to the World Council of Churches’ (WCC) Ecumenical Accompaniment Programme in Palestine and Israel (EAPPI). EAPPI brings volunteers to the West Bank for three month periods. When the volunteers return to their home countries and churches, they engage in anti-Israel advocacy such as promoting BDS (boycott, divestment, and sanctions) campaigns and comparing Israel to apartheid South Africa and Nazi Germany.

WCC’s own leadership has also engaged in delegitimization campaigning, including at an August 2015 “Israel: Palestinian Christian Perspective” conference, promoted by the BDS Movement, where the a WCC co-moderator stated, “Christian theology that support Zionism is heresy… Such Christian theology that support Zionism is a false teaching that must be confronted…it is essential for all of us to understand that the Israel of the bible the ancient Israelites are not link in any substantive or material way to the contemporary modern state of Israel…the Israeli society is full with racism and light skin privilege…” (emphasis added).

There is no better time than Yom Ha’atzmaut to recognize that denying the Jewish people their right to self-determination is a form of antisemitism and that many campaigns promoted by NGOs and funded by governments fall into this category. For their part, governments have taken an important first step by adopting the IHRA definition. Now, they must implement the definition and end their support for the groups that violate it.

About the Author
Becca Wertman is managing editor and responsible for the Canada portfolio at NGO Monitor, a Jerusalem-based research institute. Born in Vancouver, Canada, Becca earned her BA in international relations from the University of Southern California and her MA in political science from Columbia University. Her articles have appeared in The Hill Times, The Province, The Georgia Straight, The Post Millennial, The Jerusalem Post, Canadian Jewish News, Algemeiner, and The Tower.
Related Topics
Related Posts
Comments