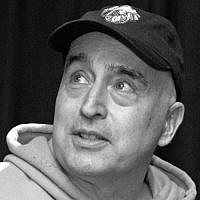 Recently I conversed with a friend of mine regarding the phrase Judeo-Christian values. She needed clarification about the meaning and significance. Since America is about to celebrate Martin Luther King Jr. Day, I felt this was an excellent segue to speak about Judeo-Christian values and how they apply to Dr. King’s legacy. I told her that Judeo-Christian values represent what the faiths of Judaism and Christianity have in common. Moreover, I argued that Judeo-Christian values underpinned Western civilization. Americans often consider Martin Luther King a secular and civic figure, but we must not lose sight of the fact that he was a reverend and that his faith inspired everything he did. He was, first and foremost, a minister of the gospel. In terms of his demands for social justice and the equality of all persons, nothing he did was separated from his faith. King advocated for a society built on the idea that all men are created in the image of God and believed that we are called to see the image of God in one another and treat each other as children of God.

At the core of Reverend King’s ideology was a world in which people would not be judged by the color of their skin but by “the content of their character.” Unfortunately, in America today, many of those who celebrate the “ I Have a Dream” speech promote the opposite.

We must never forget that Reverend Martin Luther King was a man of great religious faith. Additionally, we must remember that racial progress in America has been a joint venture between like-minded Black and white Americans from diverse religious faiths as well as the secular world that hoped to build a country that reflected Dr. King’s vision. We have a long way to go to catch up to what King said over fifty years ago, and I believe we are moving in the opposite direction.