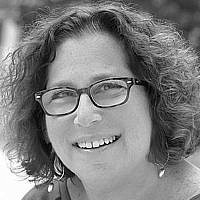 The Blogs
Susan R. Karon
Apply for a Blog
Advertisement
Please note that the posts on The Blogs are contributed by third parties. The opinions, facts and any media content in them are presented solely by the authors, and neither The Times of Israel nor its partners assume any responsibility for them. Please contact us in case of abuse. In case of abuse,
Report this post. 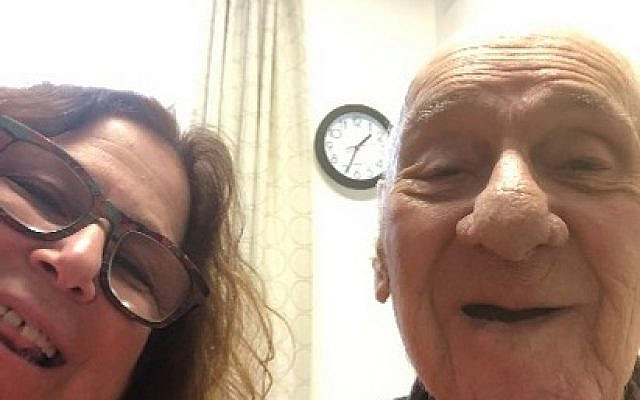 Tradition!  The spelling of the Hebrew name for “The Festival of Lights” according to Google:

No matter how you spell it, Chanukah is a holiday based on the unlikely story of a small jar with lamp oil enough for one day that miraculously lasted for eight. It is also the story of the perseverance of the Maccabees, who were determined to keep everyone safe. Or so we are told; there are some not-so-nice storylines as well, but they are not the subject of this essay. This essay is about traditions, the traditions associated with the holiday. Eating food cooked in oil to remind us of the oil that lasted for eight days. The smell of cooking oil lingering in the house for more than eight days. Knowing that my father, Teddy, made the best latkes on this planet, crunchy on the outside and smooth and yummy on the inside.

I remember my Grandfather George taking those latkes and making a corned beef sandwich by using the latkes as bread. I remember the annual debate: sour cream or apple sauce for the latkes? If there was meat on the table, it had to be applesauce. Personally, I like both!

I remember my Grandmother Minnette wrapping gifts for Hadassah, a tradition she passed on to me. As I became more involved with Hadassah, I would go to the mall each year and stand in the booth wrapping Christmas and Chanukah packages for weary shoppers. All donations were for Hadassah as were our time and wrapping talents. It was nice to walk into the mall and see the large Hadassah sign hanging over the tables. “Hineni” – we are here!

When I became a parent, our family tradition was to give a gift each night to our son, Michael. We would lay out all the gifts in the family room and each night, he would pick one (my mother, Edie, the consummate Jewish nana, would always feel bad that Michael couldn’t open all his presents at once). We would light the Chanukah candles together and since my parents lived with us, it was three generations lighting candles, eating latkes, playing dreidel and opening gifts. As for me, I would offer to help my father make the latkes. “No,” he would say, “this is my domain.” I am an exceptionally good cook, but no matter how hard I try, my latkes are never as good as my father’s.

The year Chanukah fell on Thanksgiving Day (this year is close, but not the same), we had a full house for dinner. I made sure to purchase a gift for every guest and family member. I figured it would be the first and last time we could do this. My husband didn’t know what to buy me since we don’t usually exchange gifts, so I bought myself a beautiful travel bag and called him from the store to thank him. I wrapped it and later opened it as if it were a total surprise. Only he and I knew I was acting. And along with the turkey we had Teddy’s famous hand-grated latkes!

When Michael was in college, he had three or four roommates, depending on the year. None of them were Jewish, but when the college-connection packages arrived from Temple Beth Elohim, all the boys wanted to be Jewish because they loved all the goodies inside. When I went to pack Michael up to bring him home after his freshman year, I noticed the gel menorah from the care package affixed to the living room window in the boys’ suite. I asked him if he had put it up and he said no, his roommate and the rest of the guys thought it was cool, so they did.

I have my grandmother’s oil menorah. I have never used it, as I fear I’ll burn down the house. But it is a treasured heirloom and I remember it glowing during the holiday when I was a small child. In November 2019, my family traveled to Israel with a group of first timers from our temple. It was my fifth time but my husband’s first, so the trip was incredible. On one of our last days in Jerusalem, we toured the Israel Museum. In one of the exhibits, sitting proud and tall, was the original model of my grandmother’s oil menorah. It brought me back to my childhood instantly and I could feel her arms hugging me as I stood and looked at it.

I love when Shabbat, Chanukah and Christmas all fall on the same night. I always cover Shabbat services at the temple, so our non-Jewish custodial staff won’t have to work. I order Chinese food for those who join us for services — no pork or shellfish of course, but plenty of fried food and laughter to fill our souls and bellies. A perfect way to share Shabbat. And, of course, we always have jelly donuts and latkes at the Shabbat oneg.

This year, Christmas Eve is on Shabbat so I will be at temple covering for my colleagues. I hope our COVID re-entry committee lets have our traditional Chinese dinner; since the pandemic, we have not yet had large gatherings with food and, frankly, I miss them!

Last year, just before Chanukah, I attended a local Hadassah event – on Zoom of course. A member of our temple made wonderful Chanukah-themed foods — sufganiyot (traditional Chanukah jelly donuts), latkes and gelt (a type of milk chocolate candy traditional during the holiday). This year, our temple’s Sisterhood is having its annual Chanukah party – on Zoom again – but this time, I will be the person teaching everyone how to make a Miracle Olive Oil Cake. While the cakes bake in our individual ovens we will play a game online, enjoying the wonderful smell of oil wafting through our homes.

My mother has passed away, and my father, now 92, is living in a long-term care facility. While he can’t make latkes anymore, I am sure if we brought him home, he might just make some for us, although he’d probably use my food processor this time. Because of him, I have become a latke snob. I just can’t eat anyone else’s. They always seem to be missing the right texture that comes from the hand-grating and the love that was mixed in with the onion, egg and matzah meal.

May the light of the Chanukah menorah keep you and those you love wrapped in good health, happiness and peace.

About the Author
Susan Karon, Hadassah Life Member, is the Comfort, Care and Connection Specialist for Temple Beth Elohim in Wellesley, MA. A large Reform Congregation west of Boston. She has been working for the temple for over 25 years in various capacities and is known for being the Jewish mother of the congregation, worrying and nurturing everyone. Susan is a member of the Program and Engagement Professionals of the Union of Reform Judaism. She has a BA in Judaic Studies from the American University. She lives in Maynard, MA with her husband Jeff an Accountant. She loves to cook and bake, read, and travel.
Related Topics
Related Posts
Comments