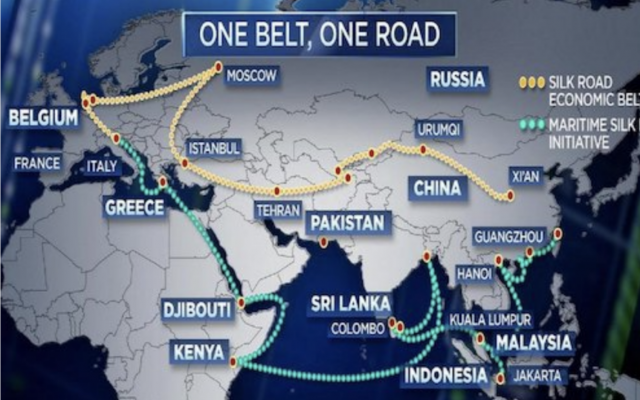 Cracks seem to have surfaced in the ‘higher than mountains’, ‘deeper than oceans’, and ‘all weather friendship’ between Pakistan and China. The success of any relationship is based on mutual trust and respect. Any relation is devoid of these two attributes does not last long. Though Pakistan and China tout their friendship as unprecedented, the situation on ground depicts it otherwise.

The China-Pakistan Economic Corridor (CPEC), the 62-billion-dollar economic corridor from Kashgar in Xinjiang to Gwadar on the Arabian coast, has been hailed as a game-changer for Pakistan. People of Pakistan thought it would bring prosperity and riches for them. But now, it seems the CPEC is turning out to be an albatross around Pakistan’s neck. From the day the deal was signed, questions have been raised about issues like lack of transparency, hidden terms and conditions of the loans offered, influx of Chinese labourers in Pakistan, mounting debt etc.

Adding to the long list of woes for Pakistan arising out of the CPEC, the Chinese government, in a latest development, asked Pakistan to pay $38 million as compensation for deceased Chinese workers and engineers who had died in a bomb blast on July 14, 2021. The bus carrying a total of 13 people including 9 Chinese engineers site fell into a ravine after colliding with a car full of explosives. The Chinese engineers were headed for work on Dasu Hydropower project. Though the Pakistan government called it an accident due to mechanical failure of the bus, the Chinese government claimed it was a terrorist attack targeted at their nationals. As a result of this, China is threatening not to keep the project on hold until the compensation is paid to their workers. With PM Imran Khan Government and  the Pakistan Army, not being able to address the issue of regional imbalance, CPEC projects have become eye sores and therefore targets of attacks to the dismay of their Chinese masters. According to a media report on the 5th of November, a telecommunication tower belonging to China Capital Mobile Pakistan, a 100% owned subsidiary of China Mobile Communications Corporation was destroyed  in the restive North Waziristan region by explosives. The Pakistan based mobile data network operator does business under the name of Zong.

Clearly, for Pakistan, the noose of a financial burden is getting tighter with each passing day. China is turning away big ticket investments in Pakistan prompted as much by security concerns as by the delay in returns on investment. China has not yet cleared funding for three major highway projects (210 km Dera Ismail Khan – Zhob road, 110 km Khuzdar – Basima Road and 136 km Raikot to Thakot portion of Karakoram Highway). The delay means cost escalation for Pakistan but the Chinese government is unmoved for the past three years citing charges of blatant corruption.

China, on its part, has left no opportunity to bleed Pakistan. The cooperation with China in the power sector is one such example. Chinese companies are constructing around 27 power plants in Pakistan. Some of the findings suggest that many Chinese power companies have received undue subsidies. Their corrupt practices worth about Rs.100bn Pakistani rupees ($625 million) contributed largely to the mounting losses for Pakistan in the power sector.

Recently, in an act of humiliation for Pakistan Air Force (PAF), the Chinese authorities reportedly ordered the PAF crew not to come out of the cockpit and use any of the facilities at Urumqi base. The PAF was apparently picking up some supplies from Urumqi base in Xinjiang, China and had requested Chinese authorities for provision of basic amenities such as transport bus etc. for their crew. However, the Chinese authorities instead of granting basic amenities ordered the PAF crew to stay inside the cockpit only. They even insisted that the payment should not be made in cash in order to avoid any kind of human contact perhaps suspecting that Pakistan Air Force crew members could be carriers of Corona virus.

Similarly, Chinese authorities were learnt to have cancelled the licence permit of PIA’s cargo flight due to presence of virus in the bags of pine nuts that were transported from Pakistan to China. Due to this incident, pine nuts from Pakistan to China have been prohibited by all airlines. Chinese authorities are believed to be planning to take stringent action and punish PIA for the lapse. Incidentally, Chinese nationals working in Chinese projects in Pakistan were also grappling with Covid-19. Over 20 crew members on board of an ongoing project ‘PQA Dredger Indus Dolphin’ of China Shipbuilding Trading Company (CSTC) in Pakistan had been detected with Covid-19 in September.

In the recent past, there have been several instances of Pakistan being humiliated at the hands of China. It is high time Pakistan realises that Beijing is only exploiting its friend ‘all weather’ to further its strategic geopolitical goals. Will this friendship last the storms of time?