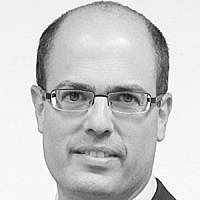 The Blogs
Avi Hasson
Apply for a Blog
Advertisement
Please note that the posts on The Blogs are contributed by third parties. The opinions, facts and any media content in them are presented solely by the authors, and neither The Times of Israel nor its partners assume any responsibility for them. Please contact us in case of abuse. In case of abuse,
Report this post. 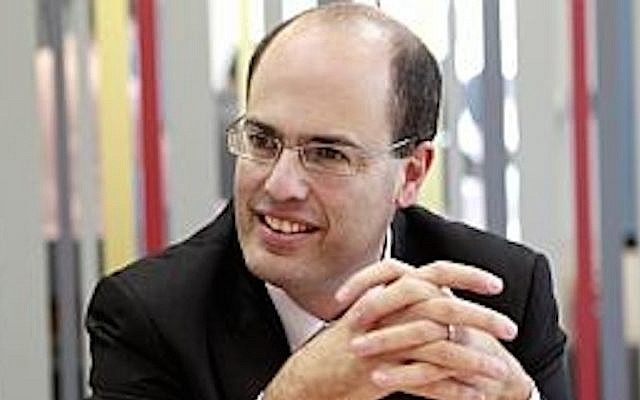 China is taking substantial steps to solidify its position not only as an economic superpower, but also as a leader in technological innovation. The global shift in economic power towards the East has been apparent for the last decade and is likely to continue for the foreseeable future, despite news of China’s latest economic turbulence. While it is difficult to predict the scope of the evolution of China’s tech industry, the effect it will have on the global innovation ecosystem will no doubt be significant.

Careful reflection upon China’s modern history (since 1949) shows that China’s growth is strategic, based on “5-year plans” which guide the nation’s economic course. China has been very successful in their implementation. The focus of the current 5-year plan (covering 2011-2015) as well as the soon-to-be-published 2016-2020 plan is in large part “Innovation.”

China’s current goals in becoming an innovation powerhouse, however, require new paradigms in infrastructure and mindset. This is already happening.

First, the Chinese government has already shifted focus – turning China from a hub of international manufacturing to the 3rd ranked country after the US and Japan for filing patents. According to the 2014 World Intellectual Property Indicators, over the last three years, China’s State Intellectual Property Office (SIPO) has led worldwide patent application filings, with companies like Huawei and ZTE leading the charge.

Second, China is increasing cooperation with other innovation-driven countries – like Israel – in order to effectively achieve their goals. Israel has much to offer China in the innovation sphere and over the last couple of years, there has been a welcome increase between the two nations in joint R&D projects, strategic investments in innovation technologies and M&A activity.

Currently, much of the innovation in China is driven by existing challenges (environmental, healthcare issues, energy, etc.). Addressing these challenges on a global scale will guide the emerging role innovation plays in China, and the role China plays in the global innovation arena in the coming decade.

There are a number of factors and attributes that will continue to foster China’s emergence as a global leader in innovation:

In short, China’s huge pool of research talent, cost-efficient and flexible R&D capacity, and a manufacturing ecosystem that can transform ideas into products rapidly and inexpensively will continue to help shift the center of gravity for global innovation towards China.

As China grows into a tech powerhouse, this will force other innovative economies, such as Israel’s, to adapt. The upside is that this will ultimately allow for more competition which leads to more global innovation.

As the innovation ecosystem in China grows, Israel and its own tech ecosystem will continue to encourage collaboration with mutual benefits for both countries. This is one of the reasons that the Office of the Chief Scientist at the Israeli Ministry of Economy and Industry is being transformed into a new, independent body: the Israel Innovation Authority. This new authority, while maintaining all existing functions of the Office of the Chief Scientist, will allow for more operational flexibility in the face of an ever-changing and multi-faceted global tech ecosystem.

Israel is renowned as the “Startup Nation” and we look forward to continue to work with international partners leading the global innovation charge, like China, to help make the world a better place.

About the Author
Mr. Hasson is the Chief Scientist of the Ministry of Economy and Industry of Israel since January 2011. The Office of the Chief Scientist is the government entity in charge of the execution of government policy for support of industrial R&D. For ten years prior to his appointment, Mr. Hasson was a general partner at Gemini Israel Funds, one of Israel's top tier Venture Capital firms.
Related Topics
Related Posts
Comments