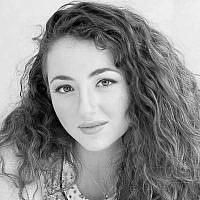 The Blogs
Shelly Hanani
Apply for a Blog
Please note that the posts on The Blogs are contributed by third parties. The opinions, facts and any media content in them are presented solely by the authors, and neither The Times of Israel nor its partners assume any responsibility for them. Please contact us in case of abuse. In case of abuse,
Report this post.

China has, in recent years, increased its role of significance in the Middle East, while the United States has been going in the opposite direction. This has catalyzed another point of tension between the two rival nations. While the whole world is trying to fearfully understand why China has increased its presence in the region, Chinese foreign policy has made it obvious that it does not wish to take on the same role as the United States but actually take on a different and arguably better route economically and diplomatically.

China’s signing of a 25-year agreement with Iran comes at a very strategic time, where the United States administration under Biden has declared that it would like to rejoin the Joint Comprehensive Plan of Action (JCPOA) to regulate Iran’s nuclear activities, which Trump has pulled out of. While on paper, it seems like the deal was signed for economic purposes; increased oil supply for China directly from Iran, China is trying to provoke the United States. With that deal, Iran has more leverage against the United States, which still has imposed sanctions against the country.

The China-Iran deal is only one of the most recent deals that has been signed between the big powerhouse in Asia and the Middle East. China has also had an increased presence in the Gulf region through the Belt and Road Initiative (BRI), which both supports regional development and connectivity. The BRI is an essential pillar of Chinese foreign policy and is meant to expand Chinese power in different regions all across the world, including the Gulf states. It is clear that even though the deals made under the BRI are meant to be purely economic, China can easily expand its cultural and political influence by masking it as being entirely economic, but at the moment it has no interest in doing so. While this is meant as another provocation towards the United States, which has been a security partner for the Gulf states, the Gulf has been openly willing to diversify its strategic partners with caution.

The BRI, which came into effect in 2013, signalled a shift of Chinese policy in the Middle East. It was the first time China made it clear that it was interested in the region. However, the BRI should not be viewed as a geostrategic policy of China; the way the United States is used to dealing with countries in that area. Its main purpose is developmental, which is backed by the two white papers that China published, namely the “China’s Arab Policy Paper” and “Vision and Actions on Jointly Building Silk Road Economic Belt and 21st-Century Maritime Silk Road.” As seen in the Gulf “Vision” plans of China, most Chinese state companies have invested in development projects, such as the Industrial Park-Port Interconnection, which serves the purpose of linking China’s and the Gulf region’s supply chains.

But with the BRI coming into effect, sometimes economics cannot be split from diplomacy. Therefore, Chinese diplomacy in the Middle East can be viewed from the lens of mediation. China has special envoys for the Israeli-Palestinian Conflict and has even invited representatives from both sides for peace talks to Beijing. At first glance, it seems like China is trying to replace the United States as a mediator in the Middle East. However, there is a major difference in both nation’s mediation policy. While the United States would take a more active approach, their Chinese counterparts tend to follow a more cautious and passive approach. This can be seen in Chinese representatives’ statements in forums like the United Nations, where the tone is usually neutral and calls for the restoration of peace between both sides when escalation occurs. This comes from the fact that Chinese culture places a strong emphasis on state sovereignty, essentially following the policy of “We will not meddle in your state’s affairs if you will not meddle in ours.”

Subsequently, China is trying to wield a bigger stick than the United States and use the Middle East as a means to do so. It is trying to prove to the world that it is an upcoming power that should be taken seriously by approaching the region through different policies than the United States has. Its focus on interests over values shows that it is not trying to necessarily and fully replace the current hegemon. Therefore, the United States should not fear Chinese expansion into the Middle East but rather welcome it as healthy competition, seeing as neither country’s interest lies in stirring up conflict in the area.

About the Author
Shelly Hanani is an Austrian master’s student studying Counter-Terrorism and Homeland Security at the Interdisciplinary Center in Herzliya, Israel. She is the Vice President of Communications for the Youth Atlantic Treaty Association Chapter in Israel and works as an Intern for Act.IL
Related Topics
Related Posts
Comments