A reporter for Dubai-based Al Aan TV recently aired an undercover story on Idlib province – the Syrian “rebel” opposition stronghold that is supported by the US and other Western governments – and the site of the recent alleged chemical attack that prompted direct US missile strikes against the Syrian Arab Army.

While the report confirmed that al-Qaeda indeed dominates Idlib, there was another unexpected revelation: the presence of large Chinese Uyghur jihadi colonies.

The report estimated that there were around 10,000 to 20,000 Chinese Uyghurs living in Syria, especially concentrated in Zanbaq and Jisr al Shughour, thereby changing the demographics of Idlib province.[1] 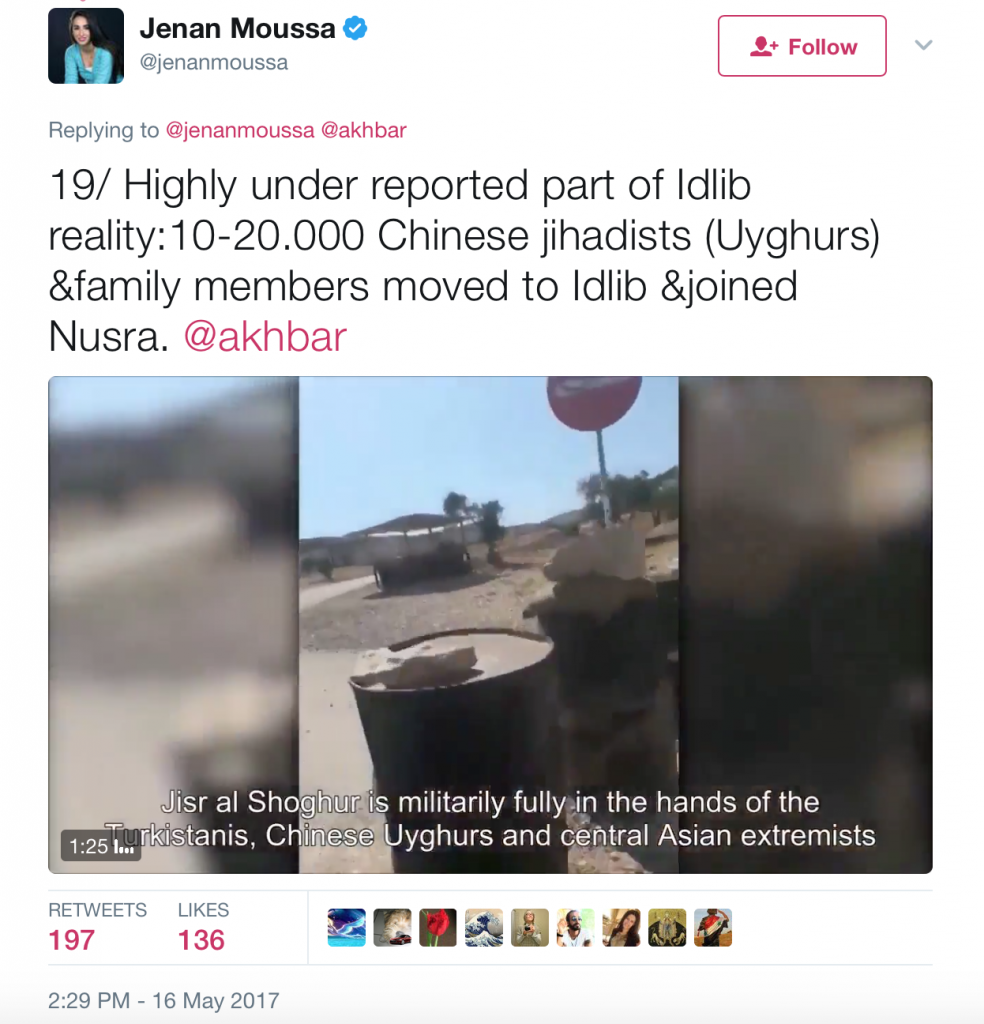 However, Western media largely ignored their increasing presence in the Syrian opposition, perhaps because it could detract from the narrative of a secular democratic rebellion.

Nonetheless, a few years later, this issue was briefly highlighted by a scandal regarding Turkey issuing fake passports to promote Uyghur emigration from China for Syrian jihad. In July 2015, when China asked Thailand to repatriate a group of Uyghur refugees, anti-Chinese violence erupted in Turkey.

Beijing was quick to rebuke Ankara, with Tong Bishan of the Ministry of Public Security accusing Turkish embassies in Southeast Asia of providing Chinese Uyghurs “proof of identity” to travel to Turkey, where they were then sold as “cannon fodder” for US$2,000 per person to extremist groups. Reuters later interviewed some Uyghur refugees who confirmed they had been given identification papers by the Turkish Embassy in Malaysia.

Around this time, reports also began circulating that Uyghur families were being transported from Turkey to settlements in the Syrian border town of Zanbaq, under the watchful eyes of Turkey’s National Intelligence Organization (MiT). According to IHS Jane’s security analyst Anthony Davis, the TIP’s Syrian battalion and their families had traveled via Southeast Asia, crossed the border from Turkey, and moved into abandoned Christian and Shia villages in northwestern Syria. Conservative estimates in 2015 put the number of Uyghur refugee arrivals in Turkey at 5,000-6,000 with more on the road, and Davis assessed that several thousand had by then moved into the new Chinese Uyghur settlements replete with schools and training camps.

The Long War Journal has also documented Uyghur training camps, including ones for jihadi “cubs”, and the rising prominence of the TIP among the Syrian opposition, especially its use of suicide bombers in Idlib, Aleppo and Hama. Back in 2015, the TIP and al-Nusra Front were instrumental in the capture of Idlib and the Abu Duhur airbase from Syrian government forces, thereby consolidating the province as the mainstay of the Syrian opposition.

Now an Israeli intelligence report has confirmed there are around 5,000 Chinese Uyghur militants fighting in the ranks of the TIP, Ahrar al Sham, the ever shapeshifting Al Qaeda under various names (e.g., Al Nusra,  Jabhat Fatah al Sham (JFS) and now Hayat Tahrir al-Sham (HTS) and ISIS. As the militants have brought their wives and children to settle in Syrian villages, the fighters are more determined to defend the area.

US arms for opposition groups in Idlib

The Uyghur militants are further boosted by tacit US tacit support because of their intermingling with the “rebel” opposition in Idlib. Despite the bipartisan Stop Arming Terrorists Act (SATA) bill before Congress aimed at preventing the use of US tax dollars to fund terrorist groups in Syria, Washington may be resuming the supply of arms. 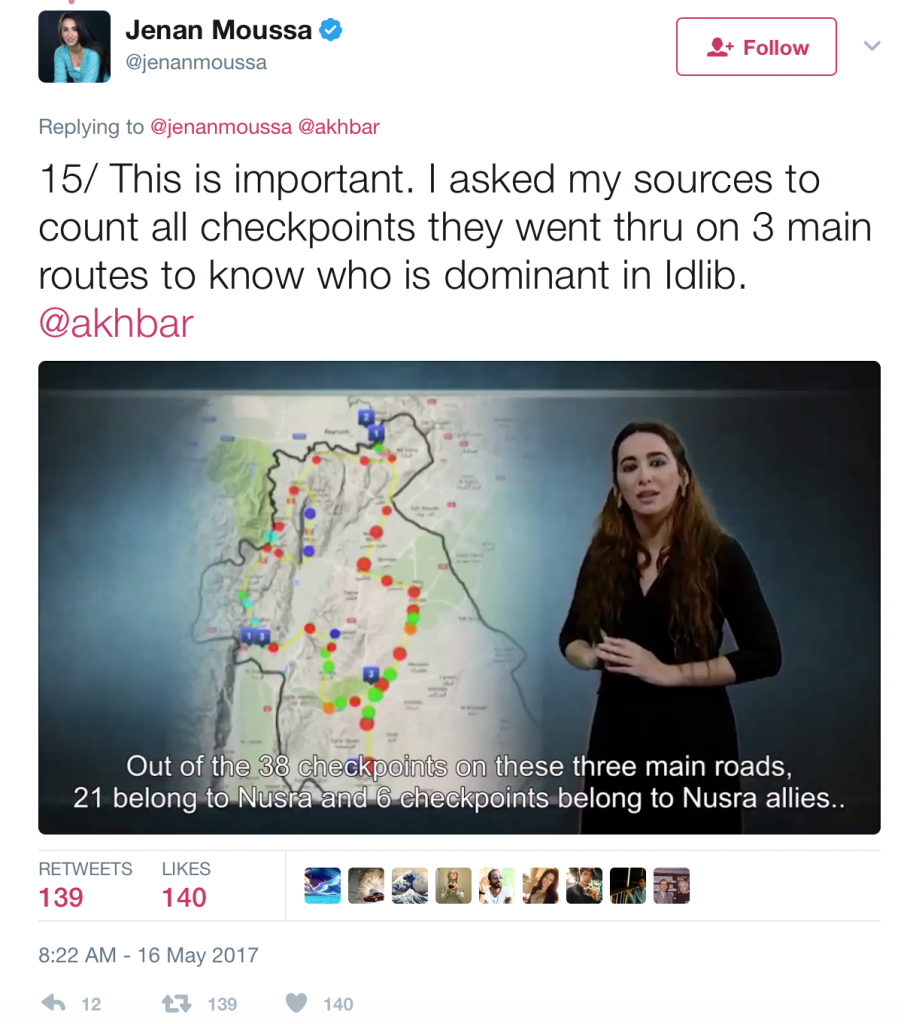 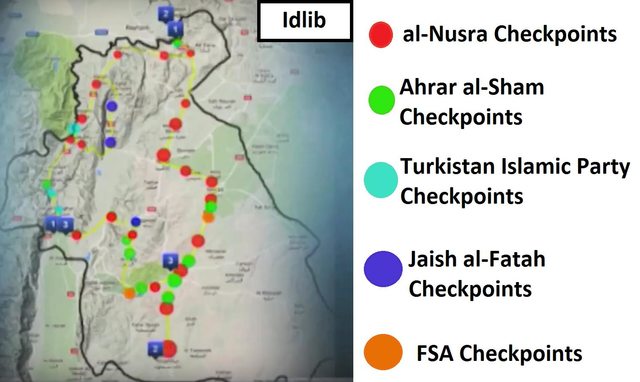 It is therefore no wonder that the TIP has been procuring advanced US weaponry such as anti-tank TOW missiles, drones, and perhaps surface-to-air missiles to improve their war-fighting capabilities. Given that TIP and al-Nusra militants based in Syria have already planned and executed attacks against China’s overseas interests, such as the August 2016 attack on the Chinese Embassy in Kyrgyzstan, this is an increasing threat to Beijing.

According to a report by the Paris-based Foundation for Strategic Research, the TIP’s ultimate goal remains the secession of Xinjiang to establish an Islamic caliphate. Given the importance of Xinjiang as the centerpiece of the Belt and Road Initiative that was featured in the forum in Beijing on May 14-15, it remains to be seen how China will  ultimately respond to continued tacit US support for Uyghur militants in Syria. 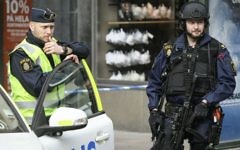