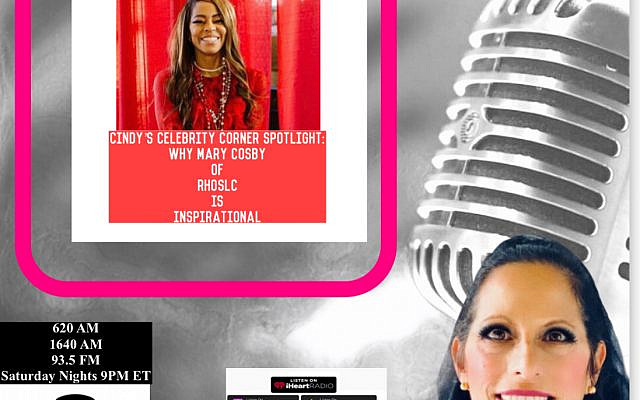 If you are like me, you are sick and tired of turning on the television and listening to “fake news” based on opinions rather than facts or fictional comedies and dramas that indirectly show their love for Judaism by mocking it.

And, she preaches for a living!

Her family runs a church. It seems that she acquired her wealth by marrying her late grandmother’s second husband, Bishop Robert C. Cosby at the request of her grandmother. She inherited real estate and several restaurants.

Mary is beautiful. She takes care of herself. Her unique home decor proves she likes to be an independent spirit. But, her real beauty is in her one line comebacks and facial expressions.

They are classics, the best being that someone smells like a hospital. She also stands for what she believes in. Unlike most reality stars or scripted series actors, if she is upset with someone, she avoids them and doesn’t pretend to befriend them.

That individuality is very important to me. Unlike Eboni or Garcelle, or even the Asian new housewives on the various franchises, Mary’s storyline doesn’t feature Black Lives Matter or minority suffering.

Her social media is full of inspiring quotes everyone can benefit from. And, she seems to love modest dressing.

Her suffering is colorless, ageless, and very real. Mary suffers in an unfulfilling relationship (marriage) and fears for her child. She actually speaks to her friend on the series about whether or not her marriage will survive once she and Robert become empty nesters.

She discusses her concerns with Robert Jr. She discusses with him making money, taking on responsibilities and going into the military.

She relates to all of us, and we the fans are colorblind. Bravo!

I truly hope that Mary Cosby keeps it going. A sneak peek of a future episode makes me think otherwise.

Another part of the show that is great is her relationship with Meredith Marks, one of the two Jewish gals.

Let’s face it, Lisa Barlow is Jewish. She was born Jewish and many feel her personality fits right in any Jewish neighborhood.

She might have left Judaism, and how Bravo covers her relationship with religion is quite debatable. Would Jewish Andy Cohen allow a Black Lives Matter housewives talk about abandoning her cultural status?

Why does Bravo make the Jewish stars challenge their relationships with their religion? It’s been going on for years-Jules Wainstein, Siggy Flicker, Aviva Drescher- and all the stars that are “Jewish By Injection.”

I wrote about the Shabbat dinner from hell that actually called anyone eating at the dinner a Jew.

So, Mary Cosby, herself a religious leader, thank you for NOT proselytizing. The only preaching I love is your head-to-toe Chanel and your chocolate chip cookie baking, eggshells and all!

I, representing your fans, want to know how you did it? How did you avoid falling into the “ You don’t understand how I was brought up differently than you” storyline?

I, representing your fans, want you to know we love how you look, dress, and behave. We love the hats, we love how you do your makeup and we love how neat and uniquely handle each activity from the copper bowls to your ski outfits.

Mary M. Cosby, you might want to change your son, or your husband and maybe even Jen Shah, but the real people that could benefit from your advice are those in the Bravo family that forget that these shows want all audience viewers to feel like they matter. Because, if they don’t change, they will feel the freeze in Salt Lake City like they are the sour apple in New York and left the ranch in Dallas.

Note: There have been unconfirmed reports regarding some complaints about Cosby’s church. We are not involved in any of the stories regarding that issue.

Cindy Grosz is the host of Cindy’s Celebrity Corner on 620 and 1640 AM, 93.5 FM in the Tri state area and downloaded internationally through iHeart Radio, Spotify and many other outlets. She is still trying hard to be a fan of the Real Housewives shows.