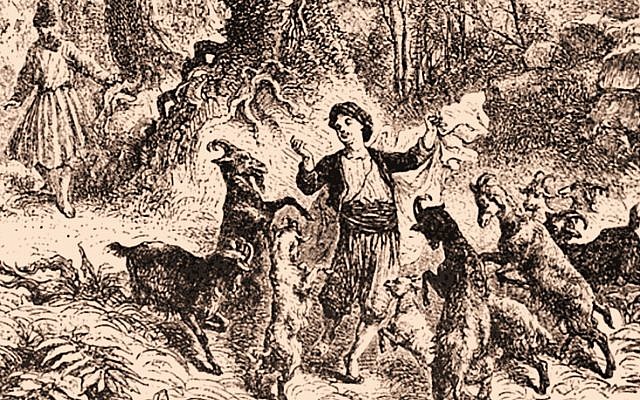 I just started to meditate on coffee after hearing that it can prevent all kinds of ailments from cancer to Alzheimer’s disease.  J.S. Bach wrote a Coffee Cantata and I wonder why.  Perhaps he instinctively knew the powers of the brew and its ability to keep him up in the wee hours of the night; after all, he was writing reams of notes.  Now these were not ordinary notes, but rather perfect mathematical formulas that sang and became eternal.  Really, how many composers have there been like Bach?  I hesitate to say this, but was there ever a Jewish Bach throughout our illustrious history?  Does that mean that as a people we preferred tea?  Is that the reason that there really are not THAT many great composers from Great Britain? (Ok, there is Purcell)….So now after we have established that Bach was most likely a heavy coffee drinker, we get to the second point, that three cups of coffee a day helps us live longer!    Now this also can be connected to coffee’s beginning in 800 AD when an Ethiopian goat herder named Kaldi noticed the effect on his goats after they ate  coffee plants. The goats started to dance either the hora or St. Vitus’ dance…but could they move!   Legend has it that Kaldi told the story to an abbot of a local monastery who then prepared the first cup of java for his holy brothers; apparently they were preparing for an exam or something.  From then on, coffee flourished throughout Persia, Egypt, Syria and Turkey.  It arrived in Europe later in the 17th century….Throughout history, people must have instinctively known of coffee’s magical properties! Harvard Health claims that coffee can also reduce risk of cardiovascular disease, type 2 diabetes and Parkinson’s disease, for whatever that’s worth (and I guess if it’s true it’s worth a lot).

So now I get personal.  I just bought a new French coffee press, something that was puzzling, because the label said it was made in China.  We all know what they drink in China,  since that one day when a magical tea leaf fell from a stray tree into a noble’s cup and the drink became the inspiration for centuries of great poetry and mindfulness.  Anyways, my new French press is very exciting, except for the fact that at the end of a coffee splurge, there is an over-abundance of grounds at the bottom which clog up the kitchen sink.  Now I have a real problem, because the wet grounds in the trash create a real leaking mess on the kitchen floor. So what to do?  I remember hearing that you could theoretically plant an entire acre of crops into a field of coffee grounds, that in fact plants LOVE coffee even better than soil.  So I start to throw all the coffee grounds with their coffee water into a large spider plant in my kitchen window.  Amazing!  The plant starts to grown by leaps and bounds, even in the dry days, and even in the wet days…I am ecstatic.  So much so that instead of my two cups of day, I start drinking three so that my plant can have more coffee.  Meanwhile like the people-eating plant in the Shop of Horrors, the plant grows and grows, though I never ever feared being eaten by it.  I did notice that the green spider monster is getting so big that my view of the green lush trees and birds is now being blocked.  But this, I decided, is something I can live with.  After all, science is science.  Besides three cups of java will get me closer to my great-grandfather’s alleged ripe old age of 107. 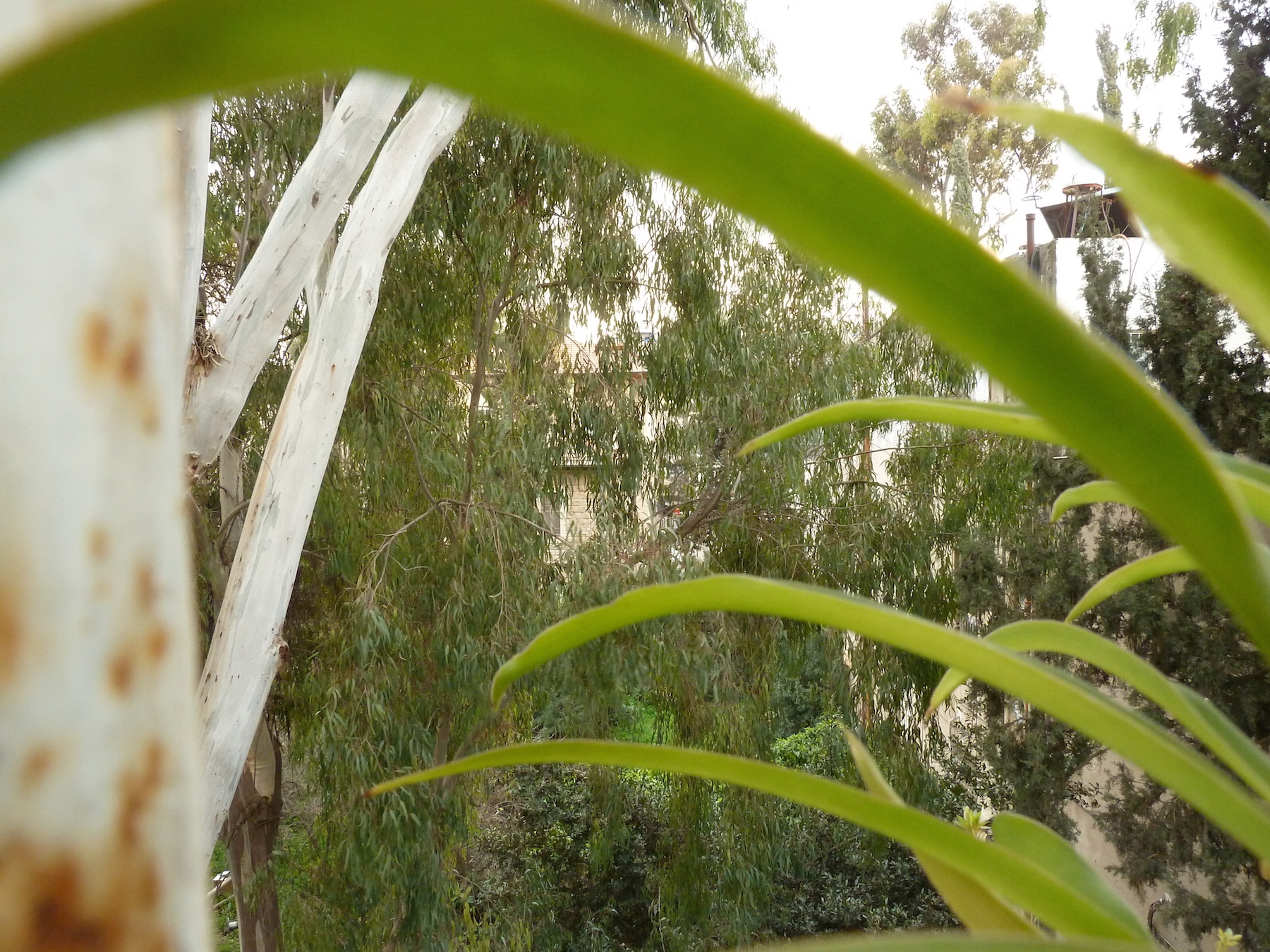 So here’s what happened.  I got up yesterday, opened the kitchen window to get some fresh air, and lo and behold my green plant was starting to wilt, with some of its leaves turning a beige color.  Before I could get sad, I poured some water in its large rectangular pot, but the water did not go down.  Suddenly I realized the coffee grounds might have congealed and were preventing water seeping down to the roots.  Or the opposite: I might have over-watered my plant.  Now I don’t know what to do.   I can’t afford a gardener or a botanist, so I started mushing all the grounds with a fork to open up the floodgates.

Now when we think of floods, we think of several Parshas ago, of our people’s crossing the Red Sea and then our Egyptian “neighbors” being flooded out.  After this, we became stiff necked and with Jethro’s advice Moshe decided to appoint the Judges who became the fountain of oral law, and handled the overload of complaints.  Given all the issues these new officials had to discuss, they certainly must have drank coffee, so that may very well put the original discovery of coffee further back than 800 AD, especially given our people’s propensity to raise goats.  Just a thought.

Meanwhile, what to do with my ailing plant?  It’s now 6pm and I just had a cup of coffee.  I never have coffee this late in the day.  Why on earth did I do this?  Furthermore, I have more coffee grounds to get rid of.  So where on earth do I put them? Ah, that’s it.  I bring them downstairs and SPREAD them on the earth, ever so gently.  Now, that might mean that the flowering plants will not close for the night (being so incredibly stimulated) and then that might effect their opening and hence their impact on the bees’ activities to pollinate of our entire neighborhood. So now I have another problem!

Getting back to coffee.  Have you ever noticed just how few “fair trade” brands there are?  That means that most of the coffee we buy is cultivated by indentured servants, children, or even slaves.  So as we relax with our cup o’ Joe, we should theoretically put all those poor souls out of our mind?  That’s why fair trade is more attractive.  Then there is the business of organic vs. non-organic…like, how much crap are we ingesting?  But now, that makes no sense at all, because as we have established earlier, three cups a day promotes longevity, unless the chemicals used to spray the coffee beans are the key to the fountain of youth.

They say that the Vietnamese really know how to drink their coffee.  It’s called ca phe trung (please don’t ask me how to pronounce it!), and it’s made of egg yolks (I presume raw) and condensed milk, sort of like the Yiddish gogel mogel my grandmother used to give me for a sore throat, though she unfortunately never added sugar (like Mary Poppins did, but that’s only in the movies!).  Yes, every “country” has their coffee shtick!  France, Germany, Italy, Seattle, Hawaii…they all have their way of brewing it.  But there is one “country” where you should never drink their coffee.  I say “country” because this particular class of designated space in question is humongous.  I am speaking (of course) of airplane coffee, something that sits out in the open for a millennium and has the REVERSE effect.  Have three cups of this poison and you are bound to die an early death, either from botulism or a bleeding ulcer.  You have been warned!

But let’s face it.  In our society, drinking coffee is social, somewhat like the Japanese tea ceremony but without the quietude and gentle glances.  Most of our coffee shops are bubbling with clinking computer keys, conversations and whatever.  Have you ever tried to listen in?  At first hearing, this verbal mess sounds like the muddy Mississippi flowing and gurgling.  But if you listen carefully, you can parse out the individual conversations; it’s like panning for gold–chances are you’ll find nothing of consequence, but once in a while you may stumble upon one or two new salient facts, like coffee was invented by an Ethiopian goat herder, or that Moshe Rabbenu was really the first to discover the brew because he needed his Judges to have more pizzazz.

Well, I think I’m going to have my fourth cup of Joe…I want to live a few days longer.  I want to write some music tonight.  I want to sing to the moon (if it’s still out there).  I want to thank you for reading this!