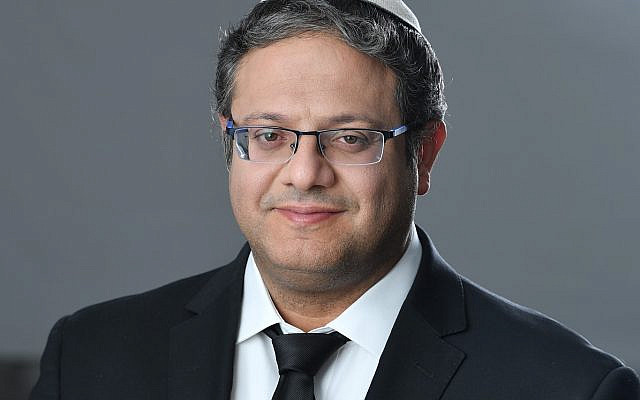 Jewish Power’s platform includes working to expel Israel’s Palestinian-Arab citizens (referred to as “Israel’s enemies”), fighting “assimilation” (relationships between Jews and non-Jews), war on “land theft” in the Negev (dispossessing Bedouin citizens), and integrating Jewish religious law, halacha, into Israel’s legal system (to turn Israel into a theocracy). By signing a vote-sharing agreement with Jewish Power Netanyahu has legitimized and embraced these policies.

While we may be jaded by Israeli politics as the fourth election in two years approaches, this dangerous alliance is a wake-up call. The Israeli right’s open embrace of the racist ideology of Jewish supremacy – the idea that Jews are superior to others – is a development we should all oppose and must guard against in our community.

Netanyahu’s first step was to maximise the prospects of Jewish Power entering the Knesset by engineering a joint slate of three of Israel’s extreme-right parties: Jewish Power, Bezalel Smotrich’s National Union, and Noam, a small anti-LGBT party. Running together, under the misleading name “Religious Zionism”, they’re likely to get enough votes to pass the electoral threshold.

Even worse, Netanyahu’s Likud then signed a vote-sharing agreement with “Religious Zionism”. This means votes for Likud and for “Religious Zionism” can each be used to “top up” the votes of the other, to secure an additional seat in the Knesset. Parties only enter vote-sharing agreements with those whose values they share, as their voters know they are essentially voting for both parties.

Jewish Power’s “ideological father” is Meir Kahane, founder of the Kach Party, who in 1984 was elected to the Knesset on a racist platform of expelling Arabs from Israel and banning sexual relationships between Jews and non-Jews. He was shunned by other Knesset members, including those on the right. In 1988 Kahane was suspended from the Knesset for threatening an Arab MK with a noose, and was banned from standing again. Kahane was assassinated in New York in 1990.

Four years later, on Purim in 1994, a Friday during Ramadan, one of Kahane’s followers, Baruch Goldstein, opened fire on Palestinians praying in the Tomb of the Patriarchs. He killed 29 people and wounded 125 more. The current leader of Jewish Power, Itamar Ben Gvir, then a teenage member of Kach, hangs a photo of Baruch Goldstein in his living room.

While Kach was outlawed following Goldstein’s massacre, Ben Gvir’s far-right activism continued, in particular inciting against then Prime Minister Yitzchak Rabin. A few weeks before Rabin’s ass­­assination in 1995, Ben Gvir ripped a Cadillac emblem from Rabin’s car during protests, telling reporters “We got the car. We’ll get to Rabin too”.

Ben Gvir went on to become a lawyer specialising in defending Jews accused of violence against Arabs – a role he explains he does for ideological, not financial, reasons. His clients also include the racist organisation Lehava (invited to the Knesset by Israel’s current ambassador to the UK) which violently opposes business and personal relationships between Jews and Arabs.

The homophobia of the “Religious Zionism” list is equally abhorrent. Haredi party Noam’s founding principle is opposition to gay rights; they blame the LGBTQ community for the supposed deterioration of Israeli society and compare LGBTQ and Reform Jews to Nazis. The National Union’s Smotrich described himself as a “proud homophobe”. Small wonder the head of Israel’s LGBTQ Task Force described the vote-sharing agreement as “an ugly slap in the face of hundreds of thousands of LGBTQ people”.

The vast majority of our community will find the politics of the “Religious Zionism” list, and Netanyahu’s embrace of their ideology, repulsive. But belief in Jewish supremacy underlies much right-wing Israeli political discourse. In particular, it is reflected in support for annexation, which aims to permanently prevent the Palestinian people from having either a viable state of their own or full rights in Israel, denying their basic rights for the fantasy of a Jewish “Greater Israel”.

A poll released this week showed that 49% of religious Jewish teenagers and 23% of secular Jewish teenagers in Israel feel “hatred” towards Palestinian-Arab citizens of Israel and support stripping them of their citizenship. Sadly, it’s clear that Jewish supremacist views are no longer on the fringes of Israeli society, either in politics or in popular opinion.

Given our community’s close relationship with Israel, if we want to ensure that Jewish supremacist ideology now openly embraced by Israel’s Prime Minister doesn’t take root here, our religious and lay leadership need to speak out strongly against it, and against those who promote it.