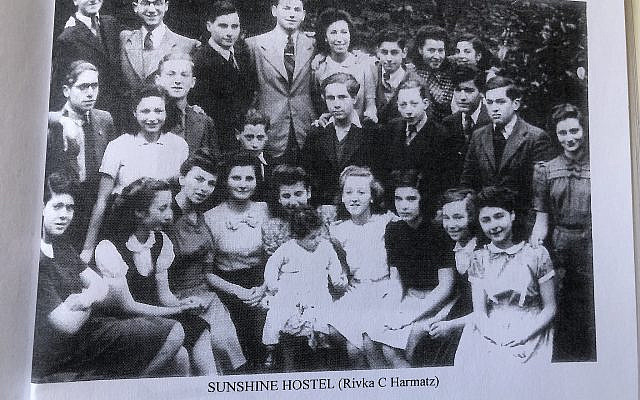 A few years ago an enterprising resident of the suburb where I live, just outside Jerusalem, initiated and organized an association providing social and cultural activities for the growing number of retired persons living here. Since then the association has reached over one thousand members and conducts a plethora of activities to suit every taste and inclination. There are outings to areas of interest or cultural events, lectures on all kinds of subjects, a choir, a reading group, a drama club, art classes, creative writing classes, exercise classes, and myriad other events. My own personal interest is in learning or improving my knowledge of foreign languages, and so each week I attend classes for the German and French languages.

The people attending the classes are all, like me, of pensionable age, and in those two classes most of us have similar backgrounds or interests (and we all live in the same area). In both groups we are fortunate in having interesting and enthusiastic teachers who invest time and energy in preparing their lessons and keeping us pupils interested and involved.

Our German teacher is an interesting character. She is a young non-Jewish woman from a remote part of southern Germany who is married (I haven’t investigated the story of how this came about) to an Israeli and has made her life here in Israel. Her classes focus on Germany, its language and its culture, and very occasionally the subject of the Holocaust comes up. The other pupils are, like me, from families which came originally from central Europe, with the ability to speak and understand German to a greater or lesser extent, but all eager to improve their command of the language.

In a recent class we talked about the Kindertransport, the acceptance by England of ten thousand unaccompanied children under the age of eighteen just before the Second World War broke out. One of the pupils, Zeev, who also grew up in England (the others all grew up in Israel) expressed particular interest in the subject, though he himself did not get to England under that scheme. To the next lesson I brought and lent him the book of essays about the experiences of Kindertransport children in England, ‘No Longer a Stranger,’ edited by Inge Sadan. Among the thirty-eight articles is one by my late father, Manfred Vanson, who, together with my mother, Frances, served as house-parents at the Sunshine Hostel in London from 1940 to 1945. At the end of the book are some photos, including one of the children (by then almost all teenagers) of the Sunshine Hostel. One of the girls is holding a baby on her lap, and as I proudly told Zeev, ‘that baby is me,’ aged about one year old.

Lo and behold, a few days later I received a message from Zeev telling me that he had found the name of his cousin on the list of those in Israel, but what had really touched him was to see his older brother Alfred in the photo of the Sunshine Hostel, the one with me as a child. Sadly, Alfred (second row from top, far left) has died since then, so we can’t ask him about his time at the Sunshine Hostel.

Who knows? Maybe Alfred even played with me back then, as many of the ‘hostel children’ did. But it is nice to have an additional connection with one of the pupils in the class I attend.