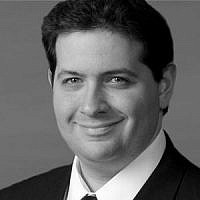 The Blogs
Judah Skoff
Apply for a Blog
Advertisement
Please note that the posts on The Blogs are contributed by third parties. The opinions, facts and any media content in them are presented solely by the authors, and neither The Times of Israel nor its partners assume any responsibility for them. Please contact us in case of abuse. In case of abuse,
Report this post.

Reading Micah Gottlieb’s essay How Conservative Judaism Lost Me was a scary experience in that, at times, I had to do a double take and make sure he wasn’t writing about me. Like Gottlieb, I grew up in an observant home committed to Conservative Judaism. We also observed Shabbat and holidays and only ate vegetarian out of the house. My grandfather was a rabbinical student at the Jewish Theological Seminary (JTS) during the golden years Gottlieb mentions, when the leading Jewish scholars of the world—Lieberman, Ginsburg, Kaplan—populated its halls and conducted their debates.

My grandfather went on to have a very successful, decade’s long career as a leading Conservative congregational rabbi, at the time when Conservative Judaism was American Judaism. He saw many changes in the movement. Although initially opposed to egalitarianism, he successfully led his synagogue to embrace that change. Both my aunt and my uncle are Conservative rabbis, having graduated from JTS the same year—to my knowledge, the first and only time this has happened in the history of Judaism.

My parents met at Camp Ramah, where I also worked for seven summers, the last being in 2004. I was at Camp Ramah in Canada and was exposed to the Canadian Conservative Judaism which Gottlieb correctly points out was more traditional than the American wing. It was only during my last summer that camp became largely egalitarian.

Like Gottlieb, I have struggled to find a Conservative Jewish community which is committed to an observant Jewish life. Unlike Gottlieb, growing up I attended one of a very few Conservative synagogues with a large observant population. We were surrounded by families who celebrated Shabbat and holidays and kept kosher, as we did. We all observed together. On trips home, I am still amazed as to how packed the shul is on even the least popular holidays, such as Shavuos or the last two days of Pesach. Between my experiences at Camp Ramah—Conservative Judaism’s crown jewel of an institution—and attending my childhood synagogue, I did not initially experience the disillusionment Gottlieb did. This is where my story and Gottlieb’s diverge. He slowly but steadily moved towards Orthodoxy. I never went looking for anything else, believing (still believing) that at its best, Conservative Judaism was (is) the best expression of Judaism in its commitment to struggle with the challenges of tradition and modernity.

Recently, things have changed. Today, as my wife and I search for a Jewish community of our own, I see next to zero options for living a meaningful, observant Jewish life within the Conservative Movement. Here, Gottlieb is painfully correct. And not just Gottlieb. The much discussed Pew Survey on American Jewish life has demonstrated that Conservative Judaism is in free fall, a Movement that is shrinking and failing. In a recent article for the Jewish Review of Books, noted commentator Rabbi Daniel Gordis, whose own background is steeped in Conservative Judaism, writes what is essentially its obituary. Staying within the Movement, I have experienced this decay first hand.

With very few exceptions, Conservative synagogues have members who are not committed to observing religious practice, and as a result very little by way of religious life exists outside the synagogue. Synagogues are often empty on holidays (other than high holidays) when they fall on weekdays. Conservative Judaism’s official assertion is that it remains Halachic. However, in the context of actual communal life the question is of so little interest (if it is even understood) by the overwhelming majority of Conservative congregants, the whole debate seems silly. In practice Conservative Judaism is not remotely Halachic. The typical, active Conservative congregants—say board members or committee chairs—will often have only marginal religious commitments. So if a few professors at JTS argue the finer points of Halacha, but their discourse is disconnected from the Movement’s congregants, what is the point of the debate beyond a narrow, scholarly interest? Gottlieb articulates (as others have) another core problem for Conservative Judaism. It does not have an easily definable identity. He notes that Orthodoxy offers “Torah True” Judaism and Reform Judaism focuses on social action, i.e., Tikkun Olam. Conservative Judaism has no similar headline.

Still, I do not share the mournful feelings towards Conservative Judaism because at its heart is a very powerful idea. It believes that there is a “Positive-Historical” element to Judaism, that it is in part shaped by, and in part shapes, its time; that traditional Judaism can be preserved, even as some aspects evolve in accordance with the best thinking of the age. Indeed, Judaism has always been influenced by the wider world, and that should not change today. Instead, tradition and modernity should be in dialogue and debate. That is a difficult road to travel. It asks a lot of its members, asks them not to be passive, but to live in a gray area. It is easy to understand why many congregants turn away.

Even as the Conservative Movement appears to be failing there is a remarkable growth of traditionally Conservative ideas. The widely noted Mechon Hadar has created a vibrant traditional-egalitarian community. And Orthodoxy has opened a liberal flank. Avi Weiss’s Yeshivat Maharat is now ordaining women as “clergy” (and even if institutional Orthodoxy prevents them from being called “Rabbi,” no one is fooled as to what the ordination actually means). Meanwhile “Partnership Minyans” have grown rapidly. In these services, there is only a small, largely symbolic mechitzah, and women can participate in most aspects of the service, but do not count in the minyan. It is inconceivable to me that these new and thriving institutions would have been possible without Conservative Judaism’s influence by creating a theological space where both experimentation and religious commitment are possible.

What should be obvious is that this new Liberal (or “Open”) Orthodoxy, and the traditional-egalitarianism nurtured by Yeshivat Hadar, have far more in common than right-wing Orthodoxy and left-wing Conservative Judaism, respectively. How long will it take for this resurgent centrism to emerge as its own quasi-movement? Where else might it lead? The Conservative brand may be failing, but its ideas are not. Its ideas remain as potent as they were during the golden age of JTS.

Ultimately, this is where Gottlieb (and Gordis) and I part ways. I have felt disappointed, frustrated, and even abandoned by Conservative Judaism, but I never left it and it never left me. For those who want to challenge and argue and debate the great, important and necessary questions of tradition and modernity, where else but in the great center—the center of the debate—can one go?

I am not caught up with labels. If the Conservative brand must fade, then let Conservative ideas re-assert themselves in new forms, with new movements and in new ways. I welcome that challenge.

Whoever said this was supposed to be easy?

About the Author
Judah Skoff, one of the Jewish Week's 36 Under 36, is a lawyer and writer. He was a Berrie Leadership Fellow and a Fellow at The Samuel Bronfman Foundation. His plays have been performed in New York, London and at numerous theatres across the United States. His awards include the National Playwriting Competition, the New Jersey Playwright's Contest, and two Governor's Awards in the Arts. He graduated from Brown University and cum laude from Boston University School of Law where he was named Edward S. Hennessey Scholar and Paul J. Liacos Scholar. The views expressed are strictly his own.
Related Topics
Related Posts
Comments