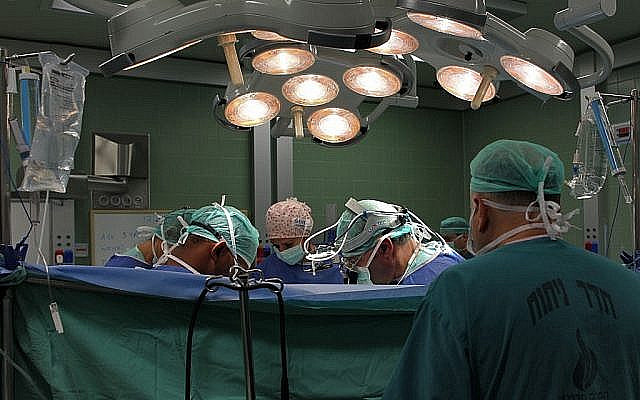 I offer a corollary: You can fool tons of people when they’re not engaged. When minds are focused, though foolishness is still possible and sometimes even likely, the task is made much harder.

Such a moment occurred in 2008 as Americans were considering John McCain and his running mate Sarah Palin precisely as the Great Recession hit. Given McCain’s age, the prospect of his replacement by a person of Palin’s ignorance level proved too much. A black man with a foreign name was chosen instead, because of a momentary market for seriousness in government.

We may be at another such moment as November approaches and Americans must reelect or remove Donald Trump amid a global panic about the coronavirus. I am calmer than most about the whole thing, but it is rapidly spreading in the US and Trump’s status as the world’s top know-nothing may not be helping him as much as he might hope.

In 2016, it apparently seemed reasonable to just the right amount of people to elect an entertaining populist who was facts-optional and briefings-disinterested. Some say that’s because he offered dramatic solutions to desperate people; I see also comfortable complacency and tolerance for risk.

It’s harder to be complacent when retirement accounts are tanking, sports events are cancelled and schools are shutting down. This is happening not just because of any old issue but one that attaches to healthcare, which lies at the heart of the Democrats’ case.

The Democrats all want to ensure as many Americans as possible have baseline healthcare, though there are different types of proposals floating around (new-old frontrunner Joe Biden has still not come around to Bernie Sanders’ universal proposal known as Medicare for All, which undeniably does face funding challenges). The Republicans hate all these efforts.

America is the only advanced society where the principle itself is up for discussion.

I lived in Britain for years and met no one seeking to cancel the National Health Service. Israelis seem united only in appreciation of Kupat Holim. Versions of universal health insurance exist everywhere from Japan to Germany, New Zealand to the Nordics, and obviously in Canada, just north of the border. No one fumes at death panels, frets about bogus “communism” or assigns bureaucratic-sounding labels like “single payer.”

Nowhere is it really free – it’s baked into taxes (and in Israel’s case a separate one). The tax burdens vary, which can be looked at different ways. According to the OECD, the club of rich nations, Israel’s tax burden to workers is around 22%, less than the 31% figure for the UK and 32% for the US; the OECD average is 36% and most of Europe ranks just higher. The US figure plummets to the low 20s if you look at tax burden as a percentage of GDP, due to low corporate and other non-payroll taxes.

When it comes to healthcare, here’s what Americans are getting for their trouble:

As a result Americans spend over $10,000 each annually on healthcare, which is far more than in any developed country. The results for the rich are good, because the country still creates and attracts the best talent in the world. But for most people, not so much, as seen in embarrassing global rankings by the World Health Organization or research groups and in the fact that life expectancy just fell for the third year in a row.

For perspective on this disastrous landscape from a true expert, read the Scientific American piece by Dr. Clay Marsh, executive dean of health sciences at West Virginia University.

Americans are asked to accept a lot of strange things, mostly by the Republicans: that the highest level of gun homicide in the developed world cannot be reduced by simply preventing easy acquisition of guns, as elsewhere; that they should suffer the highest level of income and wealth inequality among developed nations; that they should be taxed for all income earned around the world even when they no longer live in America (which is unique); that the loser of the national vote count should be the winner, not in freak occurrences but systemically, so Wyomingers can feel good.

But perhaps nothing is as nuts as this healthcare fiasco. Despite the obvious problem, Americans can be counted on to soldier on until something focuses their minds. And that thing may be Covid-19, which will not be kind to populations that fear medical costs and are widely lacking access to healthcare.

How widely is it lacking? Let’s take a look, and see how it relates to politics. 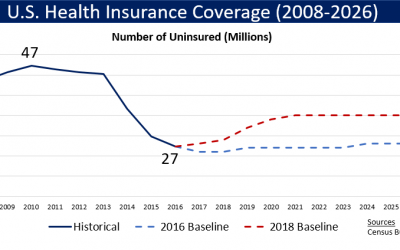 At the beginning of Barack Obama’s presidency that number reached 47 million, or about a sixth of the population, according to the census bureau.

Obama’s Affordable Care Act could not fix the problem directly as other countries do because of Republican opposition, so it fiddled around with complex mechanisms to encourage and mandate health insurance through the existing system and new “exchanges” meant to mitigate the pre-existing conditions problem. Under this half-solution the number of uninsured fell to 27 million, saving untold numbers of lives.

Trump, of course, tried and failed in 2017 to repeal Obamacare – but he has succeeded in weakening and underfunding it such that almost 10 million have rejoined the ranks of the uninsured, whose numbers now approach 35 million.

How brilliant does this look during the corona virus crisis?

That brings me back to McCain, who cast the deciding dissenting GOP vote that prevented the total repeal of Obamacare. Republican though he was, I think he understood.

I proposed to him in a TV interview that he would have been president if not for the disastrous choice of Sarah Palin as running mate. You could practically hear him bristle, and he moved his jaw around unhappily, and finally he said: “I know of no campaign in history that hinged on who the vice presidential candidate was, so if your theory is correct it is a major breakthrough in the history of politics.” He then stripped off his microphone and began to storm away, but being a gentleman failed to fully pull it off. He paused, looked back and said: “Good ta meetcha! I’ll be seeinya!” Then he stormed away for real, and that was that.

If I could have another moment with the late senator I would ask him what he thought of the third part of Lincoln’s quote, about fooling all the people some of the time. I don’t know if such a thing was possible in Lincoln’s day, but it clearly isn’t now, making it the only part of the saying to be clearly wrong.

We are so at each other’s throats that consensus is impossible, even around a lie. 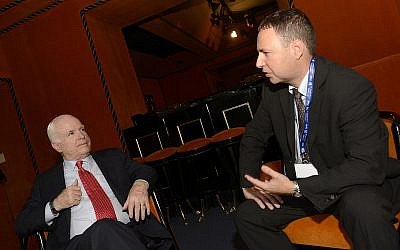 McCain bristles in interview with author
About the Author
Dan Perry, a media and tech innovator, was the Cairo-based Middle East Editor of the AP, and chairman of the Foreign Press Association in Israel. Previously he led AP in Europe, Africa and the Caribbean. Follow him at: twitter.com/perry_dan www.linkedin.com/in/danperry1 www.instagram.com/danperry63 https://www.facebook.com/DanPerryWriter/
Related Topics
Related Posts
Comments