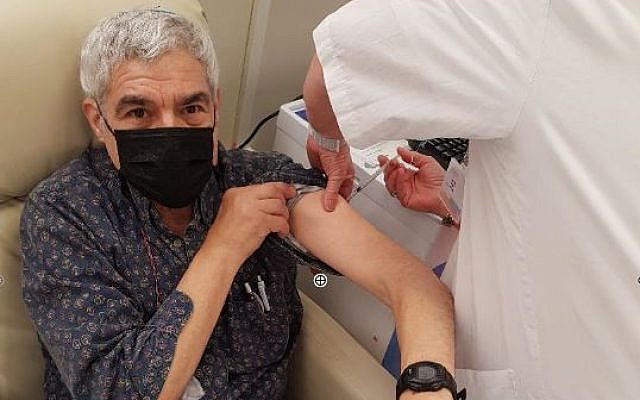 A longtime friend, Amir, grew up in the Haredi world. He left that world, moved to Berlin, and adopted a “Hiloni” lifestyle. He is now back in Israel and hanging out with the most extreme elements of the Haredi world (eg. Toldot Aharon).

Amir asked if he could crash at my place for one night – last Thursday night. I asked if he had been taking all of the necessary Covid precautions. I also told him that he would need to, while in my house, wear a mask and socially distance.

I had just received the first part of the Pfizer vaccine on Thursday. The clinic was located in a Haredi neighborhood. Very, very, few people wore masks as they strolled through the streets.

Amir was incredulous that I have bought into the Corona panic that has been sweeping the world.  He told me that the vaccine was nonsense.  He has been hanging out with tons of people, many of whom have been infected. He knows nobody who has died. His buddies had no symptoms or very mild symptoms.

I tried to reason with Amir.  But for him — everyone is entitled to his own beliefs. His were no less valid than mine. He was unable to comprehend my distress at his approach.

I felt I had little choice but to ask Amir to leave. I could not, in good conscience have him in my home.

Today I wrote the following to Amir:

It may be years before you understand the significance of what occurred between us on Thursday evening when I told you that you are not welcome in my home.

I am aware that you think that we may each have our own opinions and our own beliefs.  On this we, indeed, agree.  We are not each entitled, however, to our own set of facts. The fact is that Covid19 is a deadly virus that is easily transmitted between people.  For some there may be few symptoms — or even no apparent symptoms. For others, sadly, in can result in much suffering and, even, death.

Judaism has always demanded that we take into account the best scientific and medical information available to us.  To do so we rely on the work done by experts in the field. We do NOT rely on the anecdotal stories of those who have no expertise. We are obligated by Jewish tradition, and as citizens who are law abiding, to take every precaution to avoid doing harm to ourselves and to others.

You scoff at those who take the vaccine. You can deny the dangers all you want. But they are real. People are dying every day. By engaging and interacting with others, who do not follow the required restrictions, your pals in Mea She’Arim, you place yourself, your family, and  those around you at risk.

Let’s say you were playing with a package.  Your friends had played with that same package and it had caused them no harm. Yet, I knew for a fact, and you had been warned by experts, that the package contained a harmful poison.  You would be derelict to simply continue to play with the package. Even more so if you were to bring the contents of that package to others.  That your friends had not been harmed does NOT mean that the danger is not real. It means that they were lucky that the poison did not affect them. They may have caused harm to others by playing with the package- but they have no way to track this.

If you choose to live in a world that ignores reality and embraces the thinking of others who embrace theories and idea based on personal stories and anecdotes – OK. But, know that you are a danger to others. You have no right to socialize as you, yourself, become a danger and a potential killer.

Yes, I shouted at you (for that I am sorry), and I reprimanded you, in a way that you did not understand. For you, it was just a difference of opinion and I was saying to you that it was only my opinion that counted.

Amir, I care about you. This is why I am so upset that you have chosen a path that can, perhaps unwittingly, cause harm to others. You bask in the sheer stupidity and naiveté of your friends who cut themselves off from reality.  You nonchalantly walk around as though things are just fine. Other people, you think, are making a mountain out of a molehill. That is shameful. Your callous disregard for others, while lacking malicious intent, is shocking.

I hope the day comes when you realize the mistake you are making. Until that time comes, or until we succeed in vaccinating our citizens here in Israel- you cannot be welcome into my home. 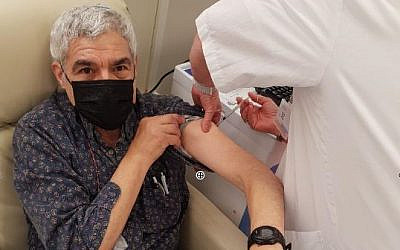