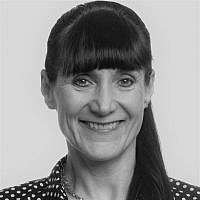 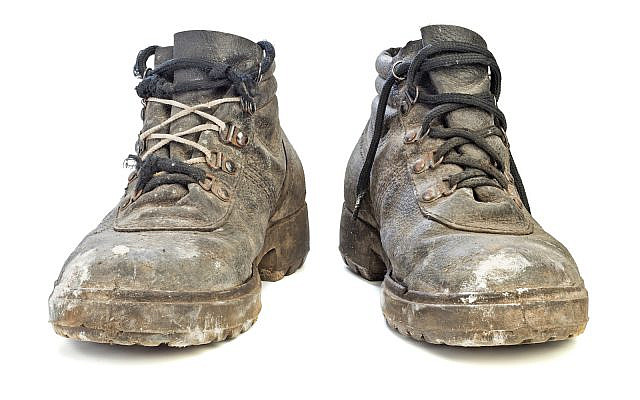 The other day, hours before Israel imposed a countrywide lockdown to stop the spread of the coronavirus, I rode my moped to a grocery store in the nearby town of Nahariya, and then took a few moments to search for a pair of shoelaces for my husband, Jonny. I always go to an old-fashioned shoe repair shop in a small side street. The repairman has worked magic on my four-inch high heels, and refashioned my orthotic inserts for my sneakers. Surely, he’d have shoelaces. But the government deemed his shop non-essential so it was shuttered, along with almost every other store except supermarkets and pharmacies.

At home, I scrounged up an old shoelace, convincing Jonny that he was now a fashionista in his work boots with one purple shoelace and one gray one. At least my husband has a job. For today. He works in the 200-acre avocado groves of our village, Shavei Zion, about 75 miles north of Tel Aviv and if you keep going for  twelve more miles, you’ll reach Israel’s northern border with Lebanon.

I’m a transplanted New Yorker; by now I’m familiar with traumatic events in Israel. During the 2006 Israel-Hezbollah War, about 300 Katyusha rockets rained down all around our village; miraculously, nobody was injured. Seven years later, we watched the Iron Dome defense system take out four Grad rockets fired from Lebanon — right above our heads. Against this viral foe, however, military might seems as helpful as a fly swatter.

The coronavirus is worldwide but it has shrunk my outlook from global to local, if not tribal. More than ever, I’m relieved I moved to Israel in 1991, a place I feel cared for — and wanted — in two crucial ways.

The first is Israel’s national health care system which covers all its citizens, no matter our race or religion. I’ve always appreciated seeing our topnotch family doctor, who happens to be a Muslim Arab, free-of-charge, and taking my kids to the emergency room for various calamities, including centipede bites and sports injuries, without having to consider the cost. If I now wind up in a hospital, I won’t pay a shekel.

The second way is how the Israeli Government has scrambled to airlift Israelis home from around the world. Israelis are wandering Jews in every way — even when we have a country to call our own, and since early March, Israel’s Foreign Ministry has engaged in high-level diplomacy with officials in entirely-sealed countries. With Passover drawing near on April 8, Moses’ plea, “Let my people go,” took on urgent new meaning. Israel even arranged a free flight for more than seventy Ethiopian immigrants to come to Israel on March 24, just hours before the Ethiopian borders shut.

My oldest daughter, Amalia, could have been one of those stranded Israelis unable to get home. She had been trekking in Chile and planned to continue to Tulum, Mexico, thinking she could wait out the virus, relaxing and doing yoga on the beach.

While Jonny and I usually go along with our six children’s roaming spirits, this time, we persuaded her to come home immediately. What would happen if she got to Mexico, changed her mind, and wouldn’t be able to leave? She thought we were exaggerating the problem but reluctantly agreed to make travel arrangements. She boarded one of the last flights out of Santiago on March 16.

Amalia’s friend, 27-year-old Lina Thompson, a nurse from Ontario, Canada, had been on a four-day trek in Peru, and had not even heard the “C-word” until she returned to Cusco on March 15. With the country set to lock down, she managed to buy an airplane ticket for March 18. When the military imposed a sudden closure on March 16, it was too late. Thompson, now shut up in an apartment with an Irish woman and two other Canadians, keeps appealing to the Canadian government to help her, but she said “nobody’s stepping in.” When she heard how Israel sent four airplanes to pick up a thousand Israelis in Peru and fly them back to Israel last week, she said, “I want to learn Hebrew so that the Israeli Government adopts me.”

Meanwhile, my niece, Ruby, from New York, had been studying at EMIS, Eastern Mediterranean International School, a high school boarding program in HaKfar Yarok, central Israel, for the past three years. She and eighty other high school seniors hailed from more than forty countries around the world, including Armenia, Gambia, and China, as well as Israeli and Palestinian students who forged connections that transcended borders. But the virus won out, and the school shut down on March 25. Ruby flew back to New York; the other students went winging home to their native countries. Suddenly, the world that these idealistic students envisioned uniting has become splintered and small. And something small, like a pair of shoelaces, suddenly seems so huge.

About the Author
Diana Bletter is the author of A Remarkable Kindness (HarperCollins), The Mom Who Took Off On Her Motorcycle, and The Invisible Thread: A Portrait of Jewish American Women, which was nominated for a National Jewish Book Award. Her writing has appeared in The New York Times, The Wall Street Journal, Commentary, Tablet, The North American Review, The Forward, Jewish Week, Glamour, and many other publications. She lives with her husband and their blended family of six children in Shavei Zion, northern Israel, where she is a member of the village burial society as well as AkkoVision, a group of Jewish, Christian, Muslim, and Druze women.
Related Topics
Related Posts
Comments