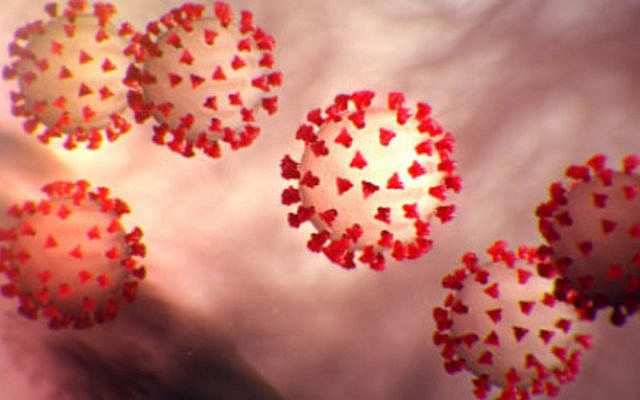 The fifth plague that G-d had wrought upon the Egyptians is known as dever. In English this word is commonly translated as “pestilence”, which is a fatal epidemic disease. In the context of the fifth plague this meant the sudden death of all Egyptian horses, donkeys, camels, cattle, and sheep. The word dever also appears twice in Moshe’s warnings about the tenth plague, which entailed the sudden death of all Egyptian firstborns at exactly midnight on the day of the Exodus. In his first encounter with the Pharaoh, Moshe demands that he release the Jews “lest He (G-d) smite you with a dever or by the sword.” (Exodus 5:3) Before the seventh plague Moshe repeats his warning of an impending dever by saying that G-d could have done so earlier, but chose not to yet. He says, “This time (i.e. when the Plague of the Firstborn will finally come), I will send all of My plagues (mageifotay) against your heart… for now I could have sent My hand and stricken you and your people with dever and you would have been obliterated.” (Exodus 9:14) In this last passage we find two words which refer to plagues: dever and mageifah. What is the difference between these two seemingly synonymous words?

When G-d tells Moshe about the second plague (known as tzfardea), He says that He will “smite” (nogef) Egyptian territory. Rashi (to Exodus 7:27) explains that the noun mageifah does not denote death, but rather denotes some form of striking or smiting. The root of mageifah are the letters GIMMEL–PEH(-HAY). Verbs that use this root also denote striking, hitting, or pushing — but not death. Rashi repeats this understanding in multiple places (see his commentaries to Exodus 21:22, 21:35, and Bava Kama 2b). With this, Rashi answered his unspoken question about why the plague of tzfardea (commonly translated as “frogs”) is called a “plague” if frogs do not kill. To answer this question, Rashi explained that the word mageifah does not inherently refer to a plague which brings death, so the entire quandary is moot. (Abarbanel disagrees with Rashi’s assertion that mageifah does not inherently refer to a lethal plague. To answer the aforementioned difficulty, Abarbanel is forced to adopt Rabbeinu Chananel’s view that tzfardea are “crocodiles”, not “frogs”.)

According to Rashi we can explain that the word mageifah is a general term that refers to any way of smiting or striking an opponent. Accordingly, while mageifah does not, perforce, refer to a deathly plague, the word dever does denote a plague which brings death. Indeed, in other Semitic languages, words spelled DBR mean “death”. (There is one notable exception to Rashi’s rule about words with the GIMMEL–PEH root: Malbim explains that the word negef (which is mageifah’s “first cousin”) denotes a plague which brings certain death. Indeed, Rashi (to Ex. 30:12) defines negef as dever, which we have explained also denotes death. Conversely, Rabbi Menachem ibn Saruk (920-970) defines dever as negef.)

Rabbi Shlomo Pappenheim of Breslau (1740-1814) explains that the word dever is related to the word devorah (“bee”) because dever is a disease that brings lesions upon a person’s body before killing him, and those lesions somewhat resemble the inflammation resulting from an allergic reaction to a bee sting. Rabbi Pappenheim’s understanding of dever seems to be consistent with descriptions of the dreaded bubonic plague — known simply as “The Plague”. The bubonic plague is understood to be responsible for the death of about half of Europe’s population in the fourteenth century outbreak known as “The Black Death”. Amongst other chilling symptoms, the bubonic plague causes one’s infected lymph nodes to become inflamed and turn into black blister-like buboes. With this in mind we can explain that magiefah is just a plague, but dever is an especially deadly plague.

Rabbi Yair Chaim Bachrach (1639-1702), the author of the famous Halachic responsa Chavot Yair, offers an enlightening discussion of the difference between the words dever and mageifah. He writes that dever refers to any deadly sickness that is contagious and can easily be transmitted, either from one person to another, or from one family to another. This idea is found in the Mishna (Ta’anit 3:4) which teaches that if there is a dever in a given city, then its population should declare special fasts in order to facilitate repentance. The Mishna continues by defining dever as the deaths of three individuals within three days in a city whose population is five-hundred male adults. The Mishna thus assumes that the deaths of so many people within such a short span of time must be due to the spread of a deadly, infectious disease. (Contrast this with the world death rate per day given by the Ecology Global Network, which stands at 8 deaths per 1,000 people.) Similarly, the Talmud (Bava Kama 60b) advises that when there is a dever in a city, one should stay at home (thereby avoiding contact with infected people).

On the other hand, Rabbi Bachrach explains, the word mageifah denotes an infected wound which can wind up spreading like venom and affecting all of one’s limbs and even one’s bloodstream. As we have already explained, the word mageifah is related to other words which use the GIMMEL–PEH root. All of those words are related to hitting or pushing one specific part of the body, and sometimes allowing the malady to spread from there. For this reason the word dever is used to denote the sudden death by pestilence that transpires without the appearance of any visible wounds on a specific part of their body. By contrast, the word mageifah denotes the act that the attacker (in the case of the Ten Plagues, G-d) “does” in bringing such a plague to his victim.

Rabbi Bachrach then cites the opinion of an anonymous sage who argued that dever and mageifah both refer to the same type of fatal plague, but that the word mageifah connotes a deadlier plague than does dever. Said sage adduces this view from the Torah’s report that after the Jews sinned at Baal Peor they were punished with a plague “and the deaths in the plague numbered twenty-four thousand.” (Num. 25:9) However, Rabbi Bachrach writes that he disproved this sage’s theory from a different passage in the Bible. When King David conducted an illegal and unnecessary census of the Jewish People, the nation was punished with a plague whose death-toll amounted to seventy-thousand causalities. That plague is described as a dever (II Sam. 24:15), which shows that dever can yield even more deaths than mageifah, so the difference between the two words cannot be in the extent of their impact.