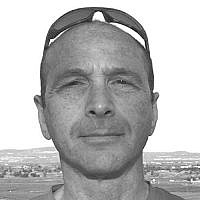 Vaccines are about 90% effective, depending on the data one reads, the type of mutation, and other factors. That means about one in ten vaccinated can become infected.

We are still unsure about whether a vaccinated person can contract the virus, and infect others, while asymptomatic.

Seat belts save lives. That doesn’t mean they will save your life in a high speed crash. Many people in Israel wear seat belts primarily in order to avoid a fine. When I was about 30, Canada passed a law to make the use of seat belts compulsory – but everybody wore them anyway. The reason for seat belts was clear.

In Israel, the PM, president, ministers, and police continue to ignore their own guidelines. The reason: They won’t get a fine.

When the police are asked to explain their pathetic, and politically selective, enforcement, they respond: We have distributed hundreds of thousands of fines.

Two important points are worth mentioning regarding this. In Canada, for example, if an institution is supposed to be closed, and it isn’t, the police may fine the institution. However, more importantly, they will also CLOSE the institution. They will not just give a fine, and leave, knowing the place is still open. It would be the same for illegal gatherings, like weddings.

Secondly, most Israelis will not pay the fine, and ask to go to court. There is NO WAY the court system can cope with over half a million cases (so far), so the government will simply cancel ALL Corona related fines.

When people are told to wear masks, it is surgical masks to which the rule applies. All those impersonating stage coach robbers, with single layer, thin cotton scarfs, are doing half the job, at best. Perhaps for some, fashion is more important than health.

I conduct workshops, and during breaks I usually have to remind people to keep their distance. They may stand close to one another wearing masks, and then lower their masks to drink coffee, or smoke, while maintaining the short distance, face to face.

What shocks me, is that I have to chastise them almost a year into the pandemic!

The government, nor the police, seem to care about behavior. Closure and fines are their tools of the trade.

The closure is ineffective as it basically just shutters shops. At my local supermarket, everybody keeps their distance, and wear masks. (Occasionally there is a person or two who lower their masks for no good reason, and I ask them to rectify the situation- which they always do in less than a second.)

Offices are open as usual, and are not exposed to enforcement. So if they are not incurring fines, it is safe to assume that distancing and masks are not always present.

The army, unfortunately, does not comply regularly. When I go to reserve duty, I am often the only one with a mask in the room. (True, I perform reserve duty with youngsters, and I am older than the Chief-of-Staff.)

I must confess, I am not a big fan of Bibi. He perpetuates these negative phenomena in a number of ways. First, neither he, nor his ministers, adhere to the law themselves.

Secondly, he is regularly at the airport giving TV press conferences, almost every time a shipment of vaccines arrives – giving the impression that THEY are the ultimate solution, ignoring the fact of their less than 100% effectiveness. He takes disproportionate credit, having made 17 phone calls to procure- ignoring the hundreds of hours that medical personnel have contributed, often at great risk to their health. Not to mention that he generously offered to pay 50% more for the vaccines than European countries.

Thirdly, Bibi “asks” (even pleads), the Arab and especially the Hassidic communities, whose votes he needs, to obey government guidelines. This is acceptable ONLY when he instructs the police to enforce the law equally in ALL communities. Keep in mind that Hassidic communities have a 20% infection rate. So while they have five times as many infected per capita, they receive a quarter of the fines per capita. Do the arithmetic.

And finally, Bibi’s declaration that we are on the verge of defeating COVID-19, is optimistic at best, and irresponsible at worst. I expect a more definitive declaration regarding the demise of COVID-19 just before the coming election.

The bottom line is we all, as a society, have to adhere to the rules, and enforce the rules ourselves to a certain extent. We cannot rely on the government or police.

I wish to offer a special thank you to all those in the medical field who work to (or past) the point of exhaustion, in harsh conditions, risking their own health, and placing their family and social lives on a back burner.