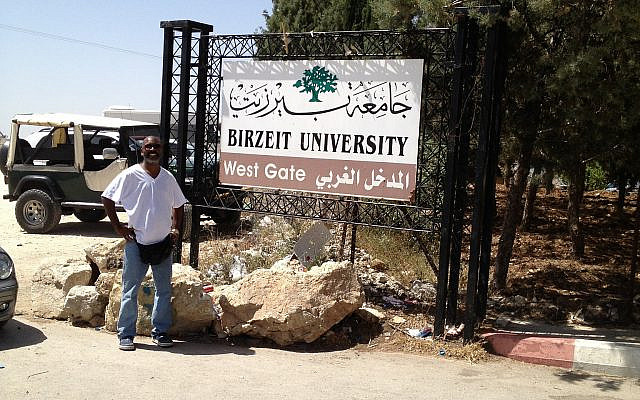 As a person who speaks both Modern Hebrew and conversational Persian (Farsi), I have deep experiences with both Israeli culture and Iranian culture.

In the Israeli sphere, I have been a citizen of Israel for more than 25 years, and I served in the Israel Defense Forces (IDF) during the Second Intifada. I have studied Judaism in both Aish HaTorah Jewish Academy and Machon Meir Jewish College in Jerusalem.

In the Iranian sphere, while living in Costa Rica I befriended one of the richest men in Iran named Hozhabr Yazdani. For three months with the help of Mr. Yazdani, I studied the Persian language and learned about Iranian history directly from Iranian people.

The Iranian relationship with the modern state of Israel is complex and separated into stages. For example, Iran was among 13 countries that voted against the United Nations Partition Plan for British Mandatory Palestine. In addition, Iran voted against Israel’s admission to the United Nations. However, Israel had a strong and strategic relationship with the regime of Shah Pahlavi prior to the Islamic Revolution. After the 1979 revolution in Iran, the Israeli-Iranian relationship has deteriorated into hostility.

Despite the ongoing conflicts between Israel and the Islamic regime in Tehran, there remains a strong interest in cultural exchange among citizens of both countries. The culture of Iran or Persia is one of the world’s most influential cultures. According to Iran scholar Richard Frye, “Iran’s glory has always been its culture”.

One of the most unique aspects of Iranian culture is the socio-cultural system of etiquette known as ‘Ta’arof’. While modern secular Israeli culture is known for its egalitarian directness, the ‘Ta’arof’ system of Iran involves intricate ritual politeness that emphasizes social rank while promoting equality in a hierarchical culture.

For modern Israelis who are interested in cultural exchange with Iranian culture, it is important to study the positive effects of Ta’arof on social engagement, hospitality, and social stratification.

Moreover, Israeli leaders such as Prime Minister Naftali Bennett, Foreign Minister Yair Lapid, and Defense Minister Benny Gantz should utilize the methods of Ta’arof to engage with Iranian leaders as the basis of negotiations and mutual understanding.

According to Iranian expert William Beeman, “Ta’arof is an extraordinarily difficult concept encompassing a broad complex of behaviors which mark and underscore differences in social status.”

For example, if an Israeli and an Iranian are about to enter a building together, the Israeli should offer the Iranian the chance to enter the door of the building first, by saying “Be-farmaid”(May you enter first). Then, the Iranian person would turn to the Israeli person and say, “Aval Shoma Be-farmaid” (No, may you enter first).  In other words, both the Israeli and the Iranian would exchange politeness in a stylized and ritualistic manner. This ‘dance of etiquette’ is deeply rooted in Iranian culture and tradition.

While studying the Persian (Farsi) language, I learned many of the most formal and literary ways to say ‘Goodbye” which is “Shalom” in Modern Hebrew. In Iran, one can say, “Sayetun Kam Nashe” (May your shadow never grown small) or “Lotfe Shoma Ziyad” (May your favor increase) or “Sare Shoma Dard Nakone” (May Your Head Never Hurt) or “Khoda Negah Dar” (May God keep you safe).

The Persian (Farsi) language is built upon thousands of years of literature, poetry, and religious traditions. I encourage the Israeli community and the Jewish community to study the Persian language known as Farsi. I also encourage the reading of Iranian poets and authors such as Hafez, Rumi, Saadi, Ferdowsi, and Omar Khayyam.

The current socio-economic, geopolitical, and military conflict between the governments of Iran and Israel does not necessarily mean there exists a conflict between the Iranian people and the Israeli people. It is important for both Iranians and Israelis to engage in cultural exchanges and civilizational dialogues.

One day soon, Israelis will feast on Persian cuisine in Tehran, Esfahan, Shiraz, Mashhad, and Bandar Abbas; while Iranians will feast on felafel and shawarma in Tel Aviv, Haifa, Eilat, and Jerusalem.

With the assistance of cultural exchanges, we will avoid war and build a positive future of peace, security, regional stability, and cooperation. By understanding Iranian and Israeli cultures, we will all give peace a chance.