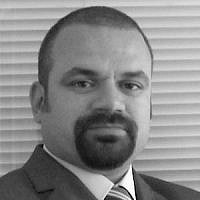 Turkey-Israel relations are about to go through a new phase with several recent developments. Expectations have significantly increased within the last couple of days that the relations, which deteriorated with the strident monologue at Davos and especially Mavi Marmara incident, will gain momentum again. It is extremely important to review the background of the relations and the motives of the pseudo-alliance in 1990s in order to find the limits of the current opportunities.

Background of the Relations
Firstly, Turkey was the first Muslim country to recognize Israel in 1949. Beyond this, it was known that these two countries improved an implicit cooperation at the end of 1950s. These relations which mostly depended on intelligence sharing were not disclosed on the circumstances of that time since there were hesitations about the reaction of ‘Arab Street’. This phenomenon would leave its mark in the relations of these two countries and would be continuous. Certain Israeli authorities even complained about Turkey’s confidential relations with Israel for this reason and stated that Turkey treated Israel like its ‘mistress’.

Positive similarities between these countries have also allowed for deeper relations. Both countries represent literal democracies in the region. Both countries are Western-oriented states and have adopted a model of secular government. In addition, historical partnerships have also had facilitating effects. Ottoman Empire received the Jews escaping Spanish Inquisition ‘with open arms’ in 1492, which is frozen in the collective memory of all Jews, especially Sephardi Jews. Even today, this ‘solidarity’, a phenomenon which is often cited, has become a point that the leaders of both countries continuously refer to.

‘Explicit rapprochement’ of both countries in 1990s resulted from the combination of several factors. At the regional level, common threat perceptions were the compelling circumstance of these relations. The discourse and policies that Iran, Iraq and Syria adopted threatened both Turkey (they believed it lost its primacy in the eyes of NATO after the end of Cold War) and Israel (since before now). Being also accepted as the principal requirement of the alliance theory, this phenomenon brought forth the need of both countries for a common response to common threats. In addition, Israel began to gain legitimacy in the eyes of the Arab governments with Madrid Conference, which also minimized the risk that Turkey might lose ‘Arab Street’ and reduced the obstacles before the development of explicit relations.

Turkey’s political life in 1990s also contributed to the preparation of the grounds for rapprochement with Israel. At the national level, the bureaucratic (civil-military) elite mostly determined the foreign and security policies in Turkey during this period of intense political instability. Bureaucracy was free of political responsibility, and this led to the problem-free rapprochement with Israel. With this rapprochement, both the secularism debates were brought to an end at the national level and Western-oriented approach was recognized. In addition, Turkish army closely followed the performance of the Israeli army especially after the Six Day War (1967). Israel also had technological potentials, wide intelligence network and sold weapons to Turkey in 1990s (there were troubles with Western countries), which made rapprochement with Israel as a pretty rational choice militarily.

Current Opportunities
The regional developments which show similarity to the conjuncture in 1990s provoke both countries to rapprochement. The course of Syrian Civil War had intense influences on both Israel and (especially) Turkey, which allowed the countries to have earlier talks on rapprochement. Even due to this, US President Obama took the initiative of forcing Israeli Prime Minister Benjamin Netanyahu to convey an official apology in the person of Prime Minister Recep Tayyip Erdogan for Mavi Marmara incident in order to promote the relations between its two allies in the region. However, this apology did not per se make any sense and Turkey also thought it would cost a lot to lose ‘Arab Street’. That is why explicit rapprochement did not take place under the conditions of that time.

At the regional level, as of now, Iran has intensified its actions in the region as ‘an internationally recognized regional candidate for nuclear hegemony’ as a result of the negotiations and the deal signed with P5+1. It has also led its national interest policies, which it has functionalized with Shiite discourse, to go as far as hot conflicts in Syria, Iraq and Yemen. Assad regime makes efforts to survive in Syria and a number of armed groups fight against the regime and each other, which have brought about a polarization in the region and the struggle in Syria has become a global competition as well as a regional conflict. Both Iran’s intensifying its policies by gaining ‘legitimacy’ and the competition over Syria allowed for the emergence of a bipolar regional structure. A Saudi-led group perceived Iran’s revisionist discourse and policies as a threat and started to take measures in this sense. Moreover, Daesh caused a geopolitical fracture with its presence both in Syria and in Iraq, legitimized its international operations in both countries and became the central element of current regional fault line.

Turkey and Israel have similar threat perceptions in the conjuncture mentioned above as in 1990s. These threat perceptions have led to an explicit rapprochement with the Saudi Bloc in the Turkish case whereas to an implicit one in the Israeli case. In this sense, the two countries have been indirectly involved in an ‘alliance’. Generally speaking, Iran’s ‘placeholders’ and uncertainty of the nuclear future threaten Israel just as its sectarian and revisionist policies do in the region concerning Turkey.

Another conjunctional development is the tension between Turkey and Russia. Russian warplanes operating in the region violated Turkish air space for several times within the context of Russia’s military operations that were alleged to target Daesh in Syria, which disturbed Turkish side and was indicated to Russian authorities. However, as these violations continued insistently, a Russian jet violating Turkish airspace was downed and tension increased in the relations between the two countries. Both countries started to revise their trade items as a result of the extremely aggressive attitudes of Russia. Depending on Russia to a great extent especially when purchasing natural gas, Turkey was quite vulnerable to possible cuts. That is why it tried to diversify its resources and had talks with Azerbaijan and Qatar at first hand. In this sense, Israel implied that it might meet Turkey’s energy need by attributing to the natural gas sources discovered in Western Mediterranean. The pipelines from Turkey into Europe are regarded as an optimum route to marketing Israeli natural gas. Turkey’s need for increasing its energy suppliers coincides with the optimum route that Israel can use in order to market its natural gas and offers opportunity to restore the relations between the two countries.

At the national level, there was not a slightest trace of the political atmosphere in 1990s in Turkey. Compared to 1990s, the army considerably lost its prestige in the eyes of the public as a result of the April 27 e-memorandum and the following ‘coup cases’. It also deteriorated to a position liable to the preferences of civil politics. Moreover, AKP has been able to form a single party government incessantly since November 2002 (except for the period of 7 June -1 November 2015) and it seems more consistent in political terms compared to 1990s. Stability in Turkish politics and thus the lack of ground for the involvement of non-political actors limit the potential of Turkey-Israel relations which may be restored, with the will and hesitation of civil politics.

In this way, since especially the developments in the context of Palestinian Question are of particular concern to almost all circles of Turkish public opinion, they may be the primary determinant of the relations between Turkey and Israel hereafter. The steps that Israel is going to take in the region will pave the way for Turkish politics to find (positive/negative) urgent responses. In this sense, the point to be considered is that Israel should especially abstain from its pro-violence policies in this new atmosphere that both common threats and potentials shape. Otherwise, new fractures and thus instabilities may be encountered in the bilateral relations despite a potential restoration.

*This translated essay was first written for ORSAM (Center for Middle Eastern Strategic Studies) in Turkish.